This atmospheric scene was created for Wojtek’s latest Gnomon Workshop release to demonstrate his workflow for creating procedural shaders in Houdini and rendering with Arnold.

Over the past decade, environment artist Wojtek Piwowarczyk has delivered an impressive catalogue of work for film, television, game cinematics, and more. Whether it’s for Netflix’s Love, Death & Robots or Disney’s The Mandalorian, Wojtek has turned his Houdini skill set to a variety of projects. He’s also authored not one but two detailed video tutorials for The Gnomon Workshop, covering his workflow for creating impressively realistic procedural shaders and environments.

Although Wojtek started out as an industrial designer, he wanted to combine the technical side of his work with a more imaginative and creative approach. Wojtek relocated from his home country to live and work in London in pursuit of his goals. There, he spent several years working in the architectural visualization industry, both on freelance projects and with some of the world’s leading arch-viz outfits. But his career really changed direction when he left the arch-viz industry behind, and moved to Axis Studios in Glasgow. His career in animation and visual effects had finally left the ground.

Today, Wojtek works as an independent creative, contributing to everything from stop-motion animation to blockbuster movies. “I believe these opportunities came from allowing myself career exploration earlier on,” he says. “That’s why I never regret trying many things, even if at times I wasn’t sure where I was heading!”

Below, Wojtek discusses his career experiences, his thoughts on the industry, and why creative exploration is critical in today’s Houdini workflows.

The Outriders trailer is just one of many projects Wojtek has contributed to for Axis Studios.

You’ve worked on some great shows like The Mandalorian and Love, Death & Robots. Can you share any of your favorite moments from working on these shows?

A lesser-known fact about me: I’m averse to seeing blood or injury. The subject rarely arises, especially not at work—until I worked on the ‘Helping Hand’ episode of Love, Death & Robots at Axis.

When working on the episode, I was tasked with shading some bloody bandages wrapped around the main character’s freshly amputated arm. Although I was terrified, I wanted to do a good job, so I began the work with all the courage I could muster. Unfortunately, 15 minutes into the task, I felt really hot and passed out at my desk! My supervisor sent me home for the rest of the day to recover, and the team made an effort to never discuss the injury when I was around. I still cover my eyes during the scene! Now for the good part of the memory—seeing how incredibly understanding the team was of my hemophobia was amazing. Their empathy embodies the best thing about working in the creative industry with sensitive people; it’s so rare in other industries. Your workshop, ‘Creating Procedural Environments in Houdini,’ was recently released. Can you tell us a little about what students will get from this tutorial?

As Houdini is a universal tool incorporated in at least some capacity in most studios, it’s an essential skill for VFX artists. The rise of quality in today’s creative projects is exponential, though; on almost every show, Houdini artists will face a problem or challenge they never had before. Therefore, knowing the software isn’t enough: flexibility and creative thinking are essential. And this is what I want to impart with my tutorial—I want to equip artists with a mindset that will help them navigate the challenges of actual production and understand what can be achieved via the openness and adaptability of Side FX’s software.

So, in this tutorial, I present numerous Houdini procedural workflows rather than demonstrating just one inflexible way of doing things. My aim is not to lecture but to spark imagination and encourage experimentation. After all, the software is just a tool; the artist’s hand and how they wield it is what makes great work.

Although procedural workflows aren’t the be-all and end-all in Houdini, they are gaining momentum. Non-destructivity allows for easy iteration without redoing everything from scratch. Also, it enables automation of repetitive tasks—you need create a workflow only once, which saves a lot of time and keeps you focused on creativity. Doing so is also great for collaboration: your ideas can be transformed into tools and shared with others. The benefits of procedural workflows are numerous, so it’s an excellent skill to learn.

What is your latest tutorial for The Gnomon Workshop?

My newest workshop release is a Houdini tutorial for Gnomon, focusing in-depth on the specifics of procedural shading and look development. The knowledge is hard to come by — amassed through my experience with numerous studios and my creative exploitation over the years—so I’m excited to share it. Artists will learn a ton of techniques and I hope the knowledge will springboard artists toward experimentation and exploration all of their own.

What or who are your main artistic inspirations?

My favorite creator is Shaun Tan. Shaun beautifully combines his unique visual style with poetic and touching storytelling. He tells honest, emotional stories with very few images. His work is ultimate storytelling for me. Other artists with a huge influence on me are Ansel Adams, H.R. Giger, Zdzisław Beksiński, and Pablo Picasso. My favourite film directors include Miloš Forman, David Lynch, Stanley Kubrick, Darren Aronofsky, and Pixar’s Pete Docter from Pixar. Again, I think they hit the perfect balance between extraordinary visual language and putting the story first.

What industry trends are you currently following?

The latest generation of GPU technology! GPU tech opens up so many doors—I think we are currently experiencing only a fraction of what will be possible in upcoming years. The technology has so many applications even beyond real-time engines and GPU-based rendering. More tools have GPU acceleration with each release of Houdini, for example, so heavy processing tasks like particle simulations—which used to take hours—are now almost instant. With this technology, we can learn tools much faster and—importantly—experiment more!

As for Houdini, I’m happy to see the platform evolve into a one-stop production tool. Solaris and the USD workflow will significantly impact efficiency and give smaller studios and independent creators access to an out-of-the-box, world-class pipeline. In the coming years, this could mean more people with smaller budgets making animated films and CG content—and that means a more diverse variety of stories! These hyper-realistic volcanic rocks were created in Houdini and rendered with Redshift as a starting point for Wojtek’s GPU rendering experiments.

What creative challenges do you think environment artists face in the coming years?

With the growth of platforms like Quixel Megascans and the progressive development of photo scanning technologies, some tasks are now obsolete. So I think generalists with a wide range of skills will be in demand—someone who can do a water simulation of a river, for example, then also add natural movement to pennants from the nearby castle walls or particle smoke from the rooftop chimneys in the far distance. As I mentioned, the tools are getting easier to learn, so artists should expand their knowledge beyond the environment itself.

Do you have any parting tips for artists looking to expand their skill set?

Although it’s an unoriginal answer, I will say it because it’s so important and valid: a grasp of artistic fundamentals is crucial. For the environment artist, this means composition, lighting, and observing nature. Becoming a Houdini champion specifically requires a thorough understanding of commonly used math basics: vectors, matrices, cross product, dot product, and trigonometric functions.

As for more general advice, although a portfolio will help you land a job, once you’re already working people care more about attitude than skills. We work in a unique industry where people are sensitive and empathetic, so being a good person goes a long way.

Lastly, I can share an approach that has hugely benefited me over the years: never be afraid of not knowing! Have the courage to ask questions and stay curious. No matter where you go, I guarantee you there will be someone who will enjoy sharing their knowledge and teaching you new things.

And whatever you do, make sure you have fun. What we do brings people joy; doing it should bring joy as well! With this look-dev study, Wojtek wanted to achieve a photorealistic look of aged stone using Houdini, trying to capture as much detail and surface definition as possible using a single Megascans surface material. 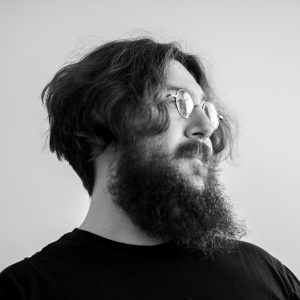 Be sure to check out Wojtek’s newest Gnomon Workshop video tutorial, Procedural Shading Techniques for Houdini & Arnold. The 16-chapter workshop provides a comprehensive methodology and workflow for creating procedural shaders worthy of film and game cinematic environments. He also shares his knowledge on look-dev that he’s developed over the years.

On the side, Wojtek is also currently directing his first animated short film. Although he can’t say much about the project, he hopes to create something with a unique visual style inspired by the influential directors and artists he mentions above. “Fans of dark, abstract animation will love it,” says Wojtek.

You can keep up to date and see more of Wojtek’s art over at wojtekpiwowarczyk.com, including work from Outriders, The Lion King, Destiny 2, and Love, Death & Robots. You can also check out a fantastic selection of his art right here on Artstation. 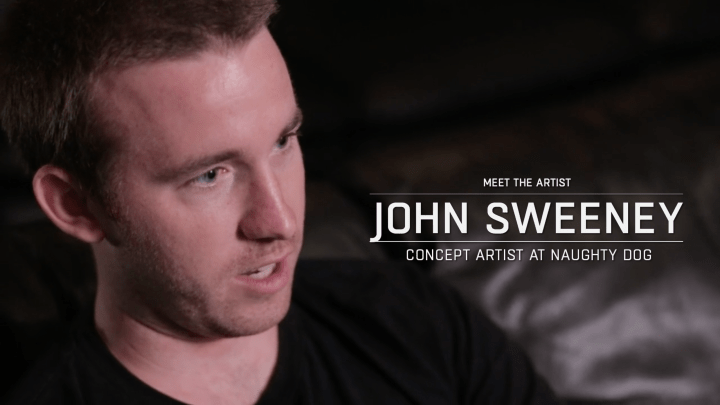