Eugene Riecansky is a London-based artist and mentor with nearly three decades of experience working in the music, film, and motion graphics industry alongside the world’s biggest names in entertainment including Jim Carrey, Massive Attack, Maxon, Vivienne Westwood, The Prodigy, and Madonna.

He has worked closely with RenderMan as a certified instructor to put together an exciting training series, RenderMan Fundamentals, to share his knowledge in the software and help you give your 3D projects an extra visual edge.

In this interview, Eugene gives us a glimpse into his career and world of exciting projects as well as discusses RenderMan’s role in helping him achieve stunning visuals. 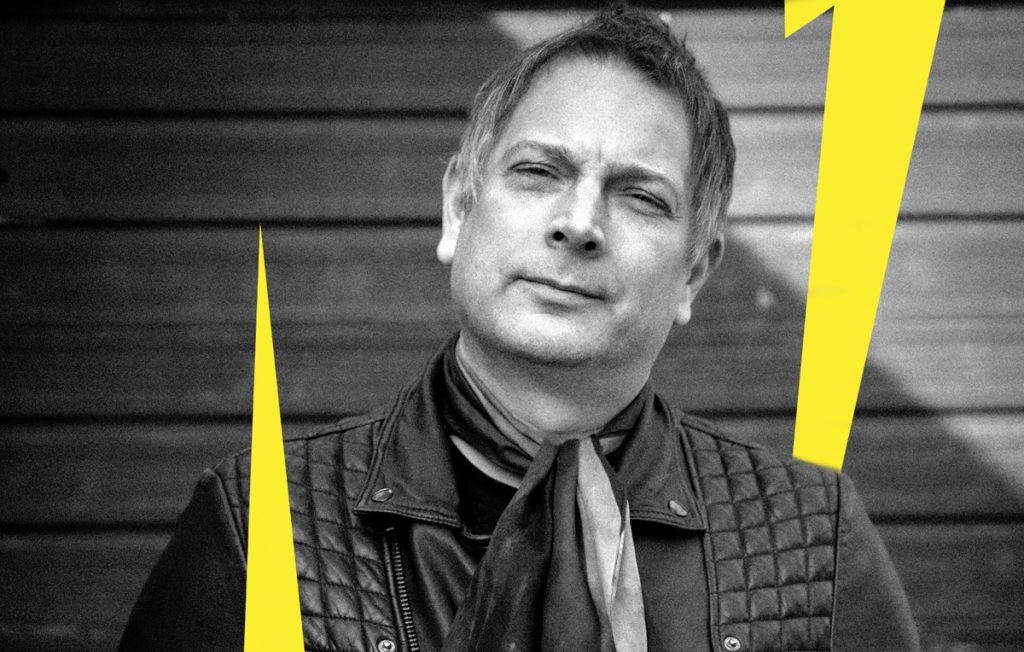 Tell us about your journey to becoming an award-winning director and designer.

I began my career back in 1992, working for a studio in the UK. They were pioneering the technology behind mixing music and computer data on the same disc, so you could play an album in your CD player and then put the same disc into a CD-rom player and watch an interview or read the lyrics.

We were the rockstars of the interactive world and worked with the likes of NIN, Glastonbury Festival, Massive Attack, U2 & Take That, and shook up the music industry with our unique attitude and approach.

My big break came in 2003 when I was freelancing and I decided to make it my goal to work with the band, The Prodigy.  I realized they didn’t have a website, so I developed a concept for one and then all I had to do was find someone who knew the band so I could pitch them my idea. 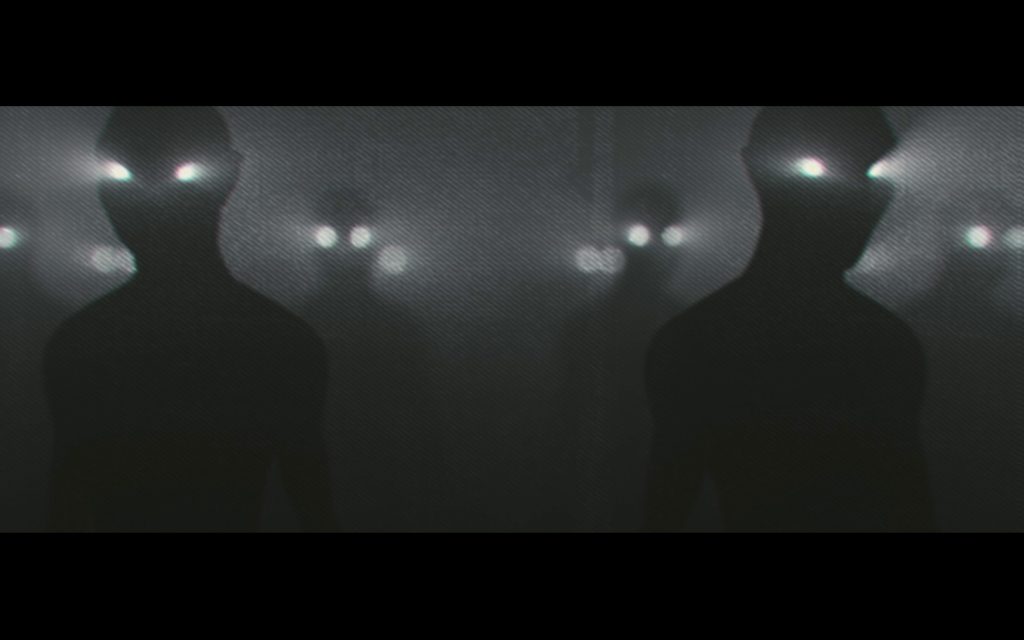 Luckily enough, I met someone at a wedding who designed the clothes for Keith Flint and after plying him with a few drinks, he agreed to introduce me to someone who worked for the band.

I then had a choice on how to present my concept.  I could :

b) I could build a 7ft Missile from authentic parts bought from a local military scrap yard, create a film about my idea, burn that onto a DVD and put it inside the warhead. (I don’t suggest doing this – try driving 100 miles with a  ‘real’ looking missile strapped to the top of your car).

Maxim returned from their world tour to discover a huge missile in his hallway and the rest is history. I still work with them to this day.

That project introduced me to a number of record labels in Los Angeles, where I began to direct music videos. That in turn placed me on Madonna’s radar and soon I was invited to create a music video for her new single and then to direct the CGI stage intro to her 2006 world tour.

I had proved to myself that it was possible to select and hunt the clients that I really wanted to work for.  Choose a client, create an amazing and unique pitch, and figure out how to get it to them.

At times, I would research what the band or brand might be releasing and get ahead of the game by pitching ideas and concepts I knew they would want – I didn’t wait to be asked.

I just did it.  And if I didn’t get that particular project, I was on their radar for the next time around. Having a long time love for 3D and especially RenderMan, Pixar Animation Studios was one such client. I have now retired from client based work and focus now on mentoring and inspiring young creatives.

As a Renderman instructor, what do you love most about it?

RenderMan, for me, simply gives the best visual imagery and results.  To my eye, it looks beautiful and with very little effort. Some renderers you have to really wrestle to get your imagery to look lovely, but to me, RenderMan just has that ‘look’.

Having been used in so many incredible and memorable films, RenderMan gives the artist the confidence and power to be able to create anything they can dream of and a tool that every  3D artist should have in their arsenal.

There are many features that I really like.  From having the wide array of creative shading parameters in the uber material, PxrSurface is amazing, to be able to direct, refine and control your lights in RenderMan as you would on a real film set. 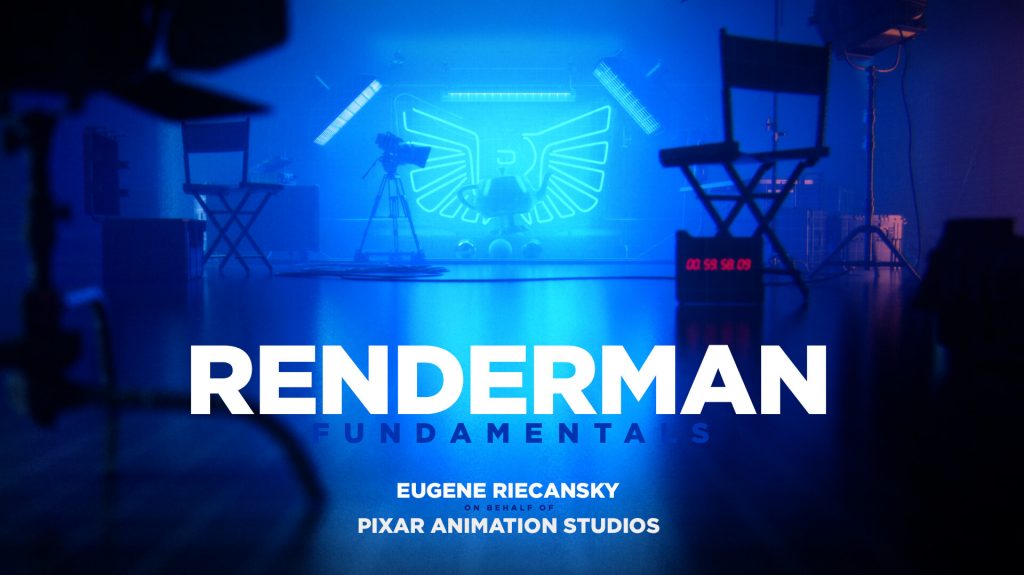 Other great features include rendering in ACES, the creative Display & Render Filters, render checkpointing through to being able to create and share shaders and lighting rigs via the super useful Preset Browser between Maya, Houdini, and Katana allows artists complete creative control on which DCC they’d like to use RenderMan in.

I’ve used every renderer there is and for me, RenderMan has a personality to it and just looks consistently amazing, allowing me to push my creativity and produce imagery that has a high visual quality and fidelity every time.

The future of RenderMan is exciting and strong, with many new features and technology arriving over the next year and beyond and I can’t wait to teach and inspire other 3D artists to use RenderMan. 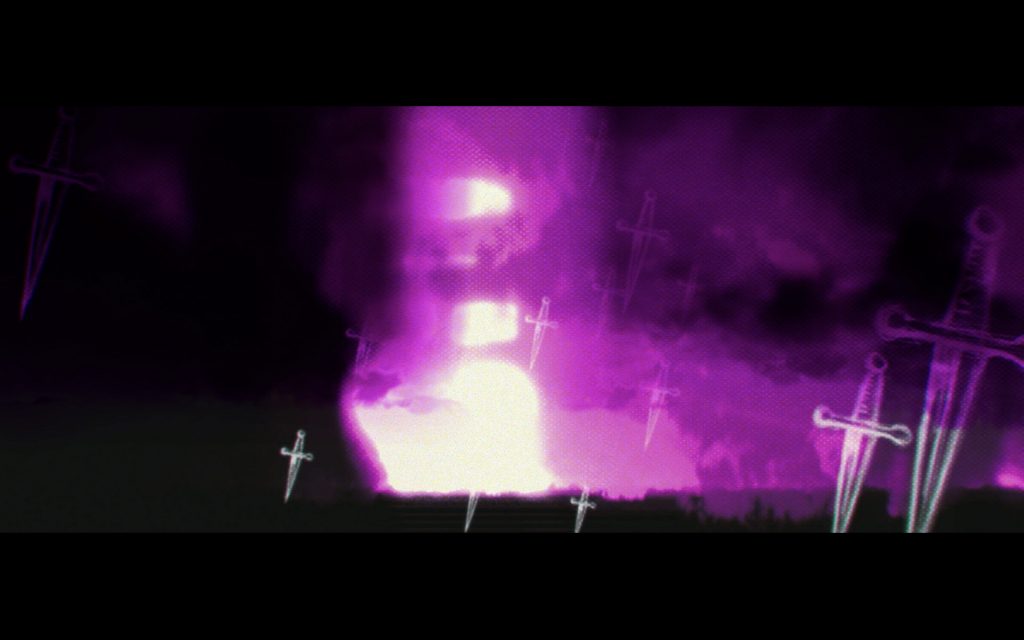 How do you think more established artists can help mentor or lead the next generation of artists?

For me, being able to share all the knowledge that I’ve collected over the years is exciting.  Not just from a creative perspective, but also one of being able to guide with real-world experience, advice, and feedback.

I try to inspire younger artists by not only sharing my journey but by openly sharing my secrets/tips and tricks too. I’m open about my process.  You don’t always see the 10 rubbish renderings, but those steps all lead to the final one.  It’s the creative process and the often painful journey where advice from the more experienced artists becomes invaluable.

I am more than happy to share all the tricks, ethos, approach, and techniques that I use in my work and career and I think it’s that access to knowledge where the younger generation really benefits.

By collecting so many experiences, projects, failings, mistakes, successes, clients, and skills over the years, I openly offer that information back.  All you have to do is ask the question. 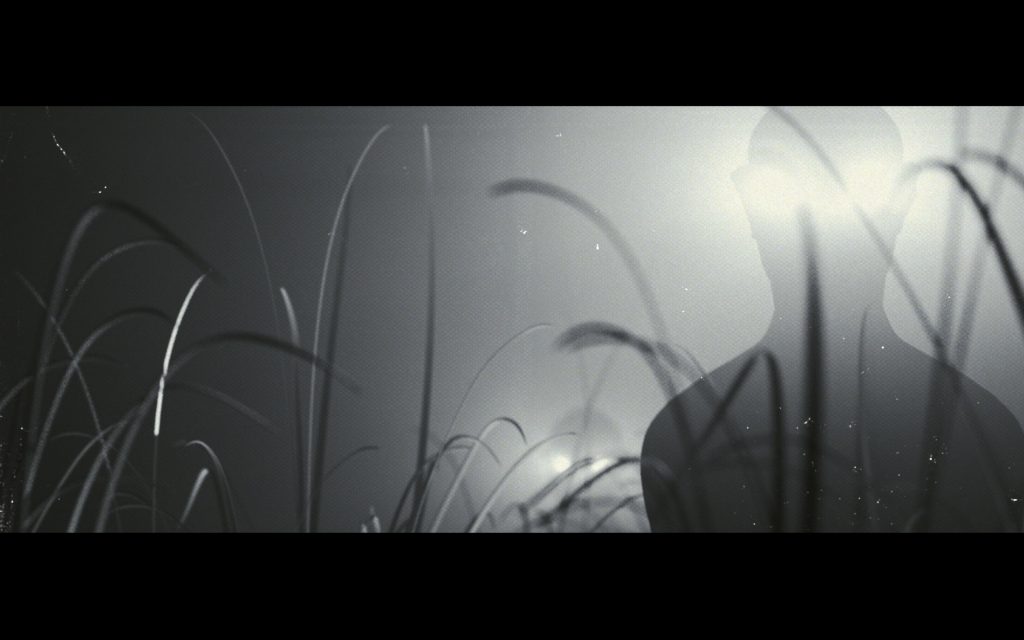 Tell us about one of your favorite projects you’ve worked on.

That’s a tough one. Not sure I have just one!

Most projects I’ve done over the years hold fond memories for me in different ways (apart from the nightmare musicians & bands – no names mentioned here) as each one was a moment in time. – of course, you’re never happy with some elements of each of them (hence why sometimes I return back onto old projects and just see how better I can make a shot or image 5 years later)

I’m currently returning to a few shots from a music video for HIM  – just to see how good I could now re-make them.  In the original video, I never wanted to make it look photoreal, but now I’d like to see how real I could make a few shots.

I’d have to choose a client, rather than a project and that has to be The Prodigy. I kick-started my career with them. A pivotal moment. We share a similar attitude, ethos, thinking & punch.

What do you think it takes to become a successful career as an artist in the animation/VFX industry?

Here are 6 key things that have worked for me:

For me, I have a massive thirst and desire to learn new things. Having worked in the industry for over 25 years, I still want to learn more and more.

I think the key to learning is to also put it into practice.  You can watch 1000 youtube videos on software and techniques, but you need to do it.  Take photography for instance. Learn all you can about cameras/lights/framing etc and put it into practice.  Go out and take photos.  Don’t just watch or read it and then tick it off as being learned and move on.  Being unique to me is important.  I never tried to follow trends.  I just wanted to make imagery in styles that I like.

2. Think beyond the internet.

I started before the internet was around. I still to this day try and avoid being creatively influenced by social media.

Look at the real world for inspiration.  Look in places where other artists aren’t looking.  This makes your source of inspiration unique to you. It so very easy to wander through Instagram, become overwhelmed by the similar styles of work that people are doing and then think you have to follow.

3. Don’t wait to be asked to make the pitch.

As I mentioned before, a lot of the clients and bands I’ve worked with have gone out and got.  I researched about them and then went on a hunt.

Make a pitch.  Spend 2 weeks making something as good as you can and then try and get it to them.  The access that young artists have to bands/studios/brands is amazing now and should be used to the max. 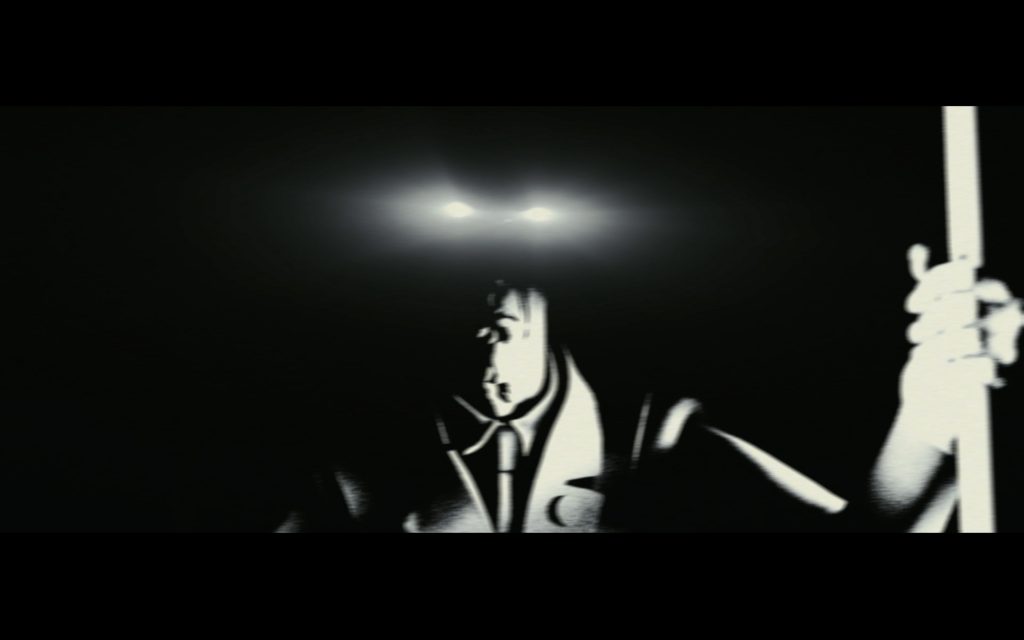 Defining my goals really helped me carve out a path. I knew that working for a certain client would allow me to get an introduction to (insert name here). Whilst just starting out and focusing on working with Lady Gaga might be a stretch, figure out a path.  Work with X to then get to Y and then onto Gaga.

Whether it’s a band you really want to make a music video for, a product or brand you want to work with, an internship at a studio you really want or a job at Pixar, you can do it. Define your goal, think differently from everyone else, learn your craft and go get it.

I always struggled with trying to figure out if it was good or bad to have a style. Only recently, I realized that what I’d developed over the years was an ethos to my work. My ethos is Analog Punk vs Creative Rock n Roll.

Nope, I have no idea either what it means, but these words define my ethos. I realized that over the years, it didn’t matter who the client was. I always applied the same ethos to the work.  Some more than others, but my underlying ethos was in there.

I always gave projects that extra effort. Always. It’s ok to go wrong.  I go wrong all the time.  Embrace it. The trick to going wrong is understanding when you’re going wrong and then figure out what is wrong, go back stronger and make it better.

It’s important to understand the role of software.  It is only there to turn your visual creative thoughts and dreams into actual imagery.  Sometimes it’s good to look at what software can do, but don’t be led by that. If you don’t already, try creating your ideas away from the computer.

Find out more about creating with RenderMan > 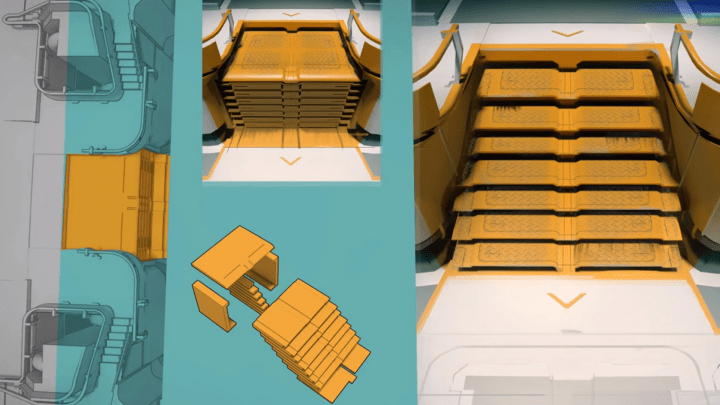 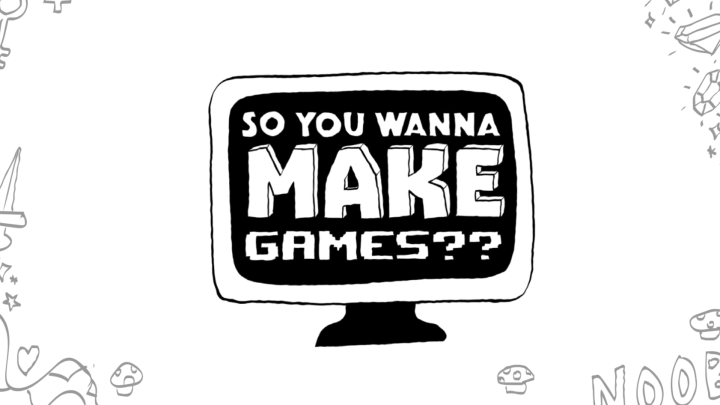