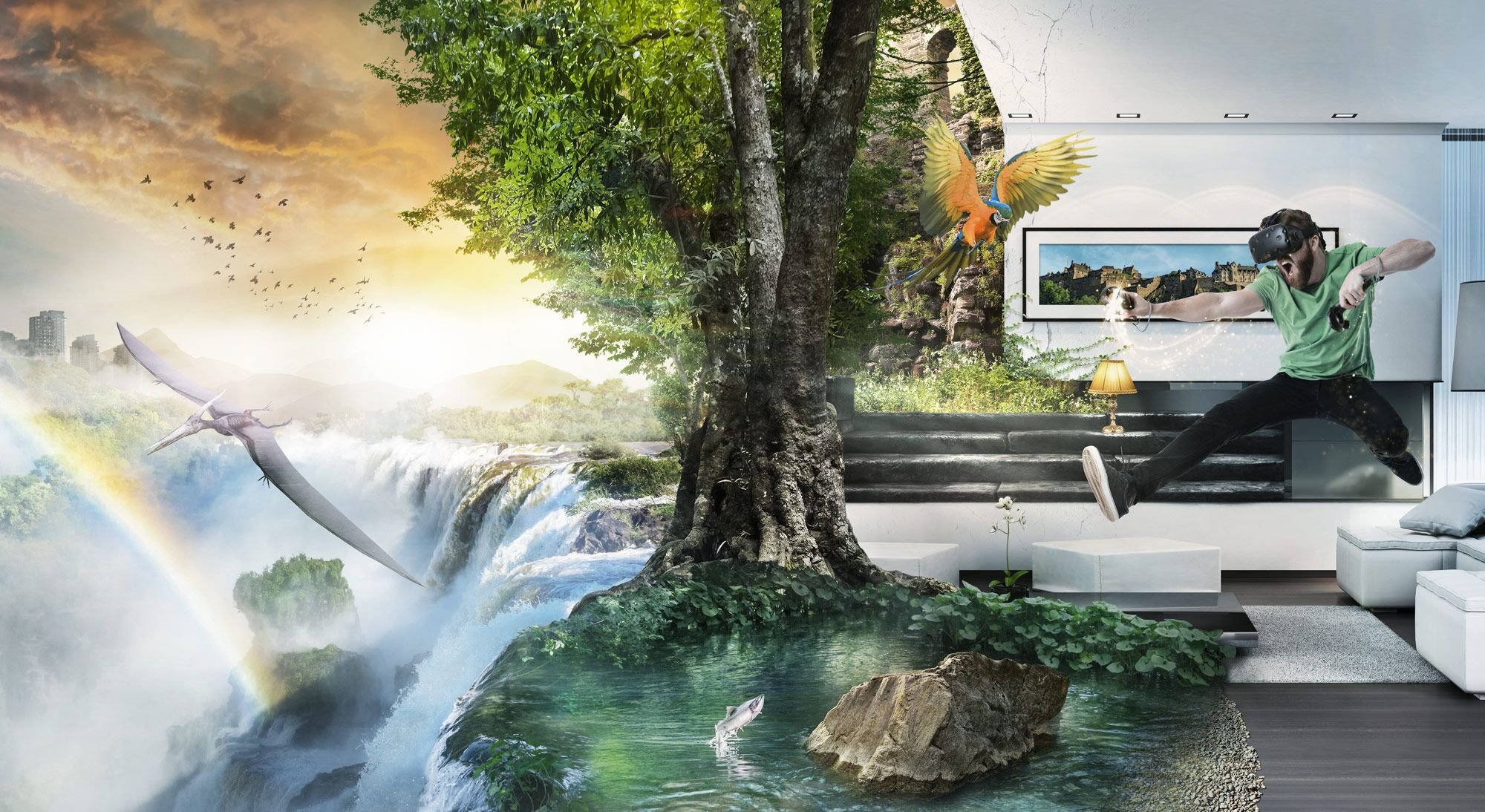 With a track record of more than 30 years, Fusion is one of Hollywood’s leading VFX tools – and now with a new price of US$299 for Fusion Studio, in addition to the free version, it’s more accessible than ever before. 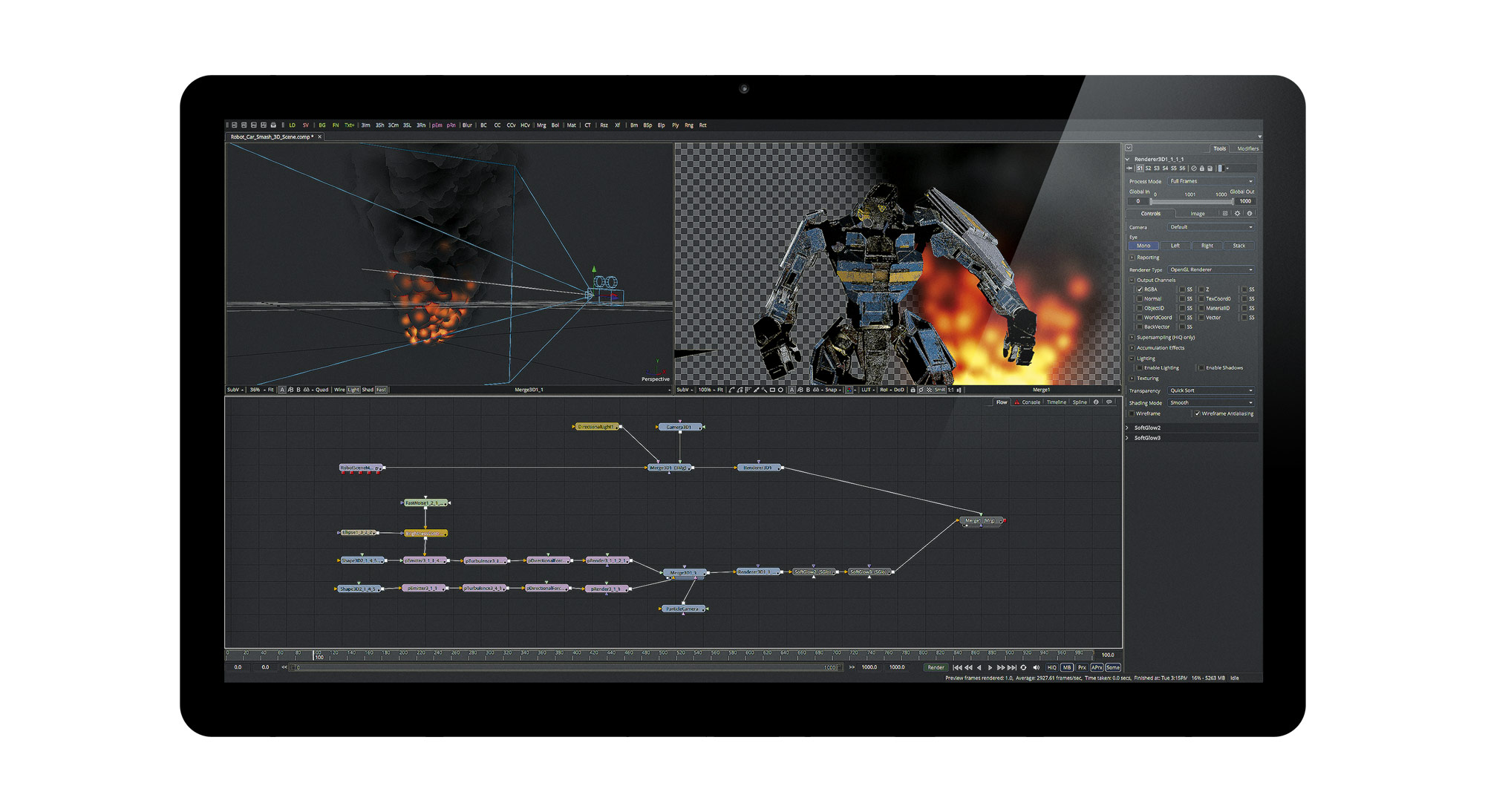 Fusion has made its mark on recent blockbuster films, such as “The Dark Tower,” “Colossal,” “London Has Fallen” and “The Founder;” as well as leading shows, including “NCIS,” ”Fuller House,” “Teen Wolf” and “Orphan Black.” Available in two versions, it has a massive range of tools, incredible VR and 3D support, GPU accelerated performance, unlimited network rendering and more:

Fusion allows users to be completely interactive when working on VR projects. Its GPU acceleration makes it extremely fast, so users can wear a headset and interact with elements in a VR scene in real-time. Users get a full 360º true 3D workspace, along with a panoramic viewer and support for popular VR headsets. Additionally, Fusion supports stereoscopic VR, and it has a new 360º spherical camera that renders out complete VR scenes, all in a single pass and without the need for complex camera rigs. 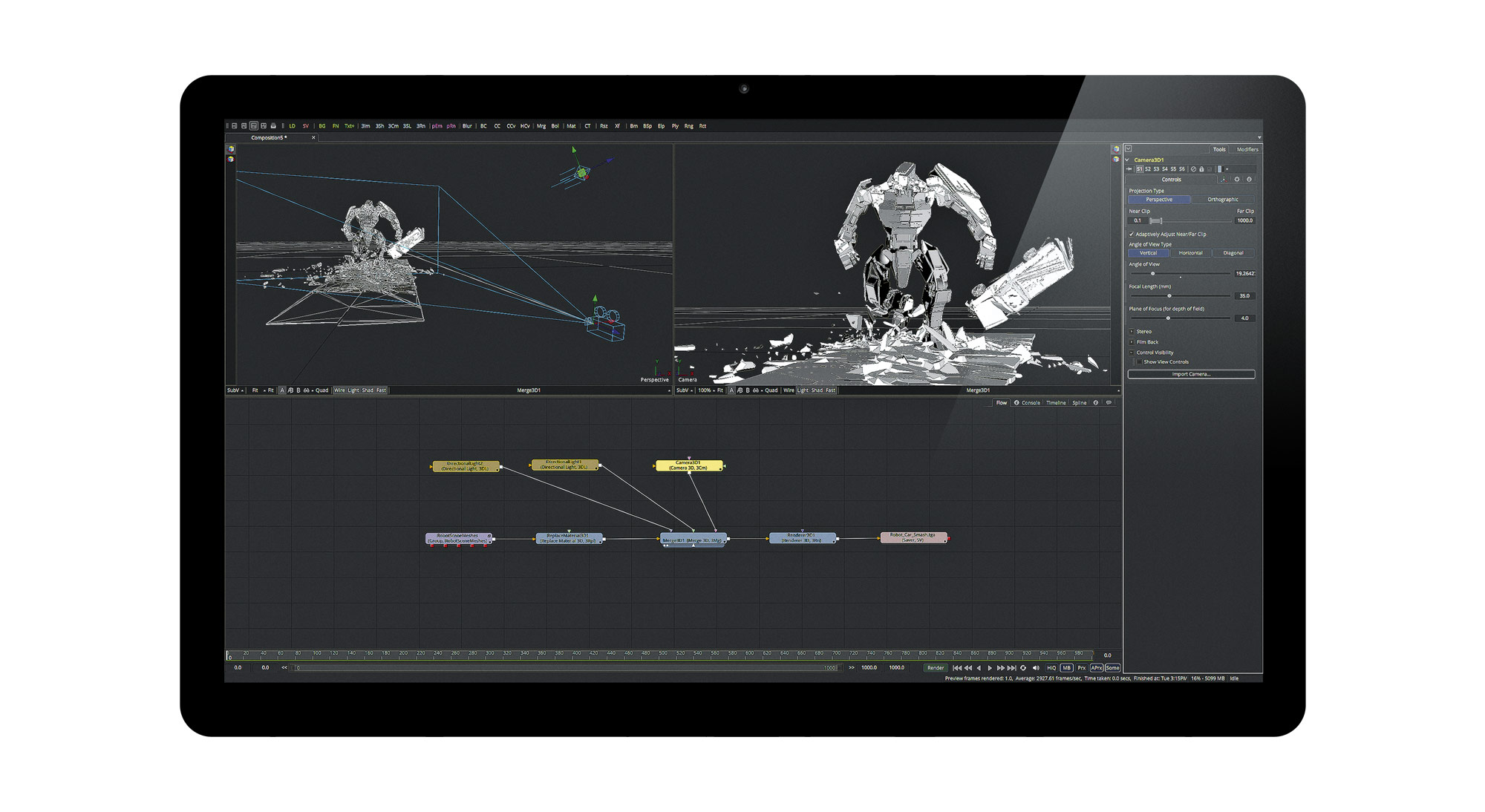 Fusion’s planar tracker calculates motion planes for accurately compositing elements onto moving objects – for example, replacing signs as they move through a scene. Planar tracking data can also be used on rotoscoped shapes, so users don’t have to manually animate motion, perspective, position, scale or rotation as the image changes.

Fusion’s camera tracker analyzes the motion of a live action camera in a scene and reconstructs the identical motion path in 3D space for use with cameras inside of Fusion, allowing users to composite elements with precisely matched movement and perspective of the original. Fusion will auto-analyze the shot and calculate lens focal length and lens distortion. 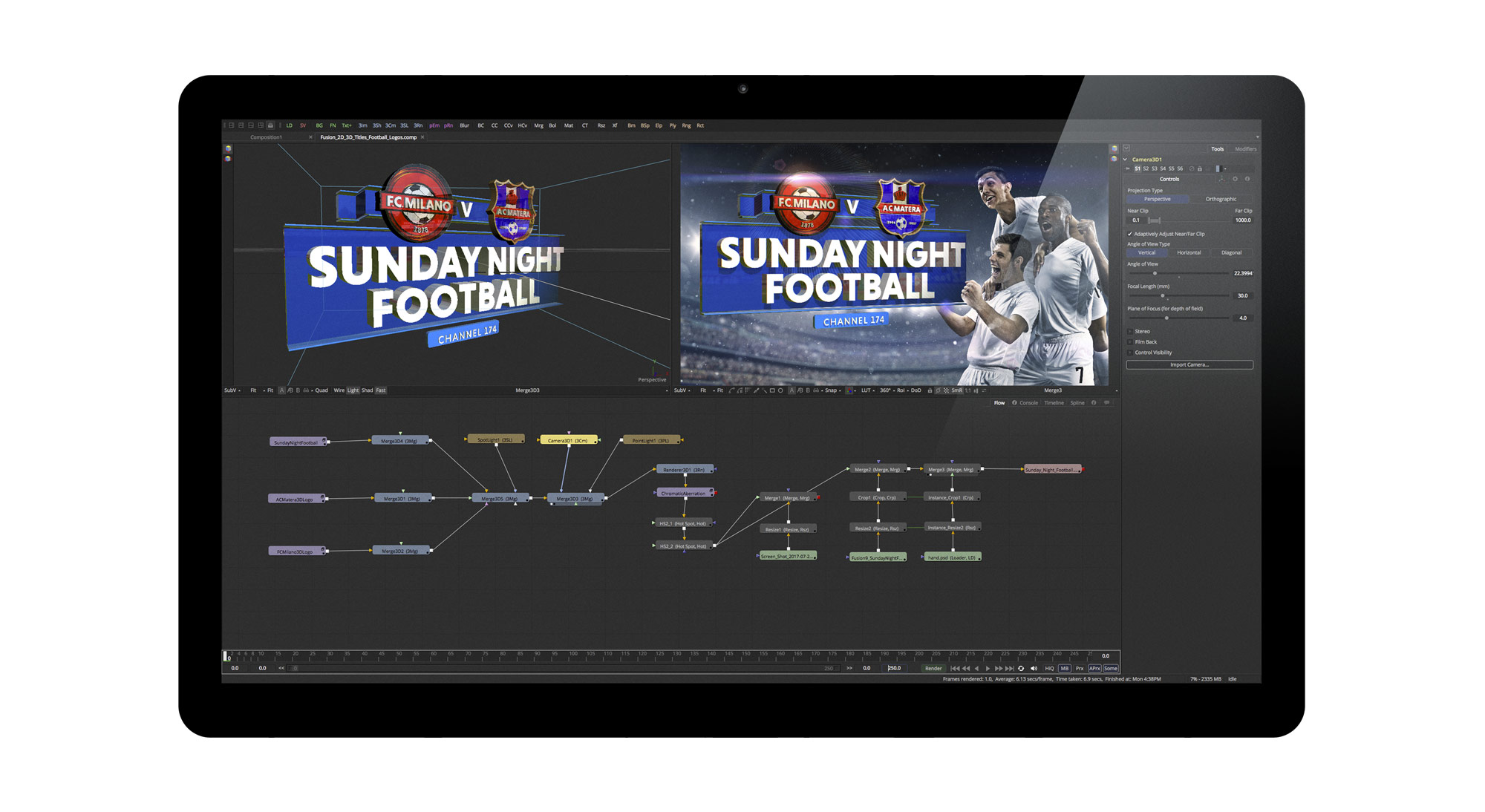 Fusion’s Studio Player is a new application featuring a playlist, storyboard and timeline for playing back shots. It tracks version history, displays annotation notes, supports LUTs, and more. It can output via DeckLink and UltraStudio devices, making it ideal for users needing to see shots in a suite/theater for review and approval. Additionally, remote synchronization lets users around the world synchronize Studio Players in multiple locations.

Fusion gives users unlimited network rendering, which means they no longer have to pay a license fee for each render node. Users can simply purchase and install Fusion on all of their workstations and then install it on as many render nodes as they need, without any additional charges or ongoing maintenance costs.

For more information on Fusion and Blackmagic Design, visit their website. 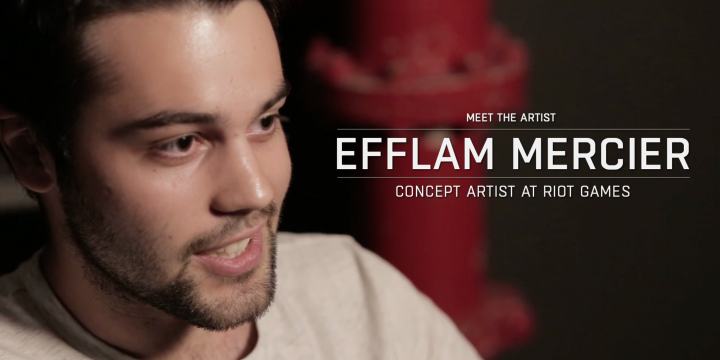 Gain Visibility in the Community with Efflam Mercier

Drawing in Charcoal with Chris Petrocchi