In the Beneath the Waves Creature/Character Design Challenge, participants had the daunting task of creating 10 underwater designs: 5 humanoids and 5 creatures.  Each humanoid character  had to tell their own story with their clothing, adornments, and gestures and each creature had to serve purpose in the story and draw inspiration from the real world.

See all the submissions for the Beneath the Waves Creature/Character Challenge.

In this interview, the challenge winners Giorgio Baroni, Taran Fiddler and Tano Banofanti share what helped drive them to the finish line and more. 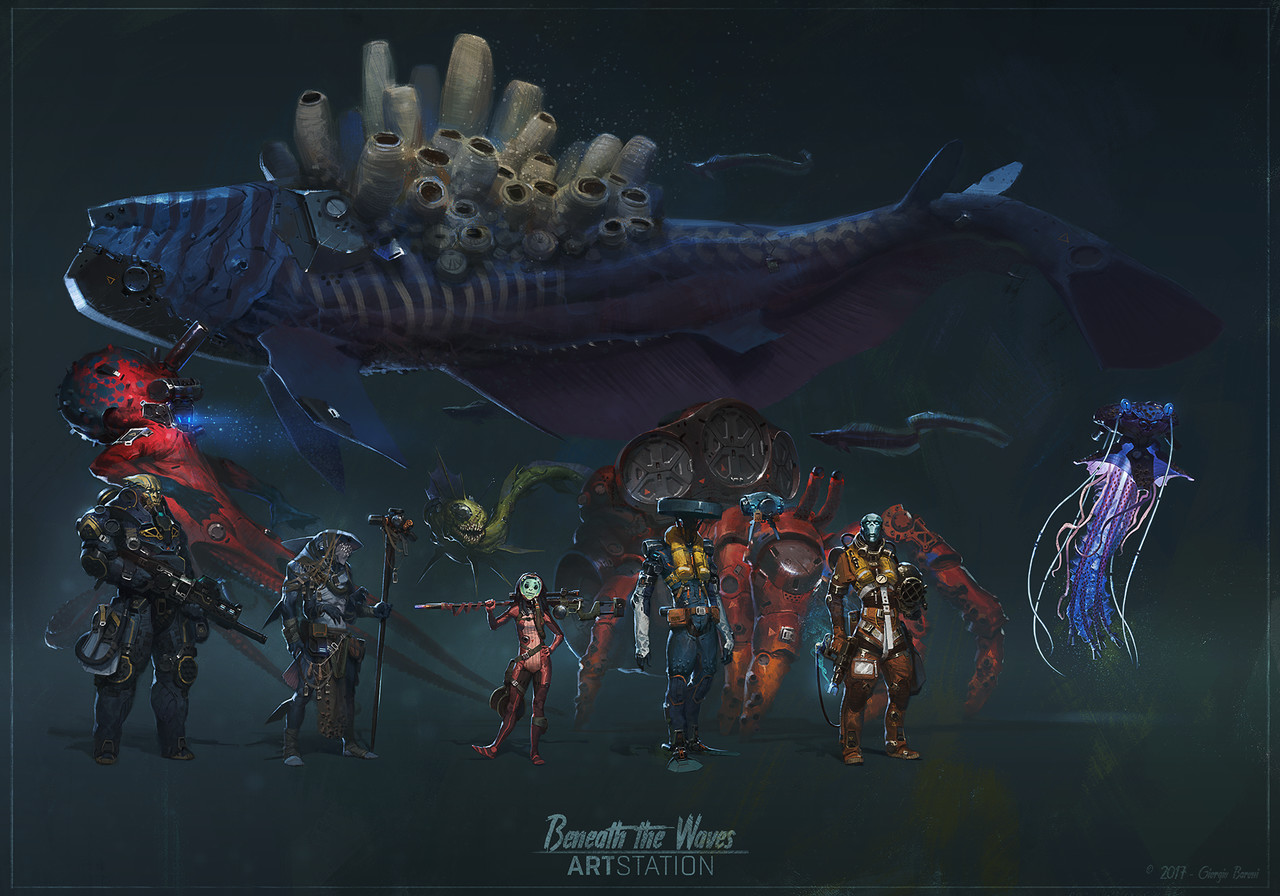 What was your main motivation for participating int he Beneath the Waves challenge?

Giorgio: I couldn’t miss another one! For different reasons, I couldn’t get into the first few so as soon as I saw the “New Challenge Coming Soon’ announcement on the ArtStation Facebook page, I told myself ‘this is it’. Then the day came and when I read the brief, I immediately fell in love with it. It was so cool! Underwater creatures, humanoids…I couldn’t ask for more! And with such unrestricted guidelines, one could go as deep as his imagination could…and that’s why so many amazing creations came from this challenge.

Taran: I think one of my main motivations for joining in the Beneath the Waves Challenge was to test the knowledge and skills that I’d picked up throughout the year and in the past challenges to see if I’ve improved, as well as to learn new things. I also wanted to try to bring notice to some of my work and to develop some better connections with other artists in the ArtStation community.

Tano: I was to trying to balance quality and speed, all while training new ways to approach character design. 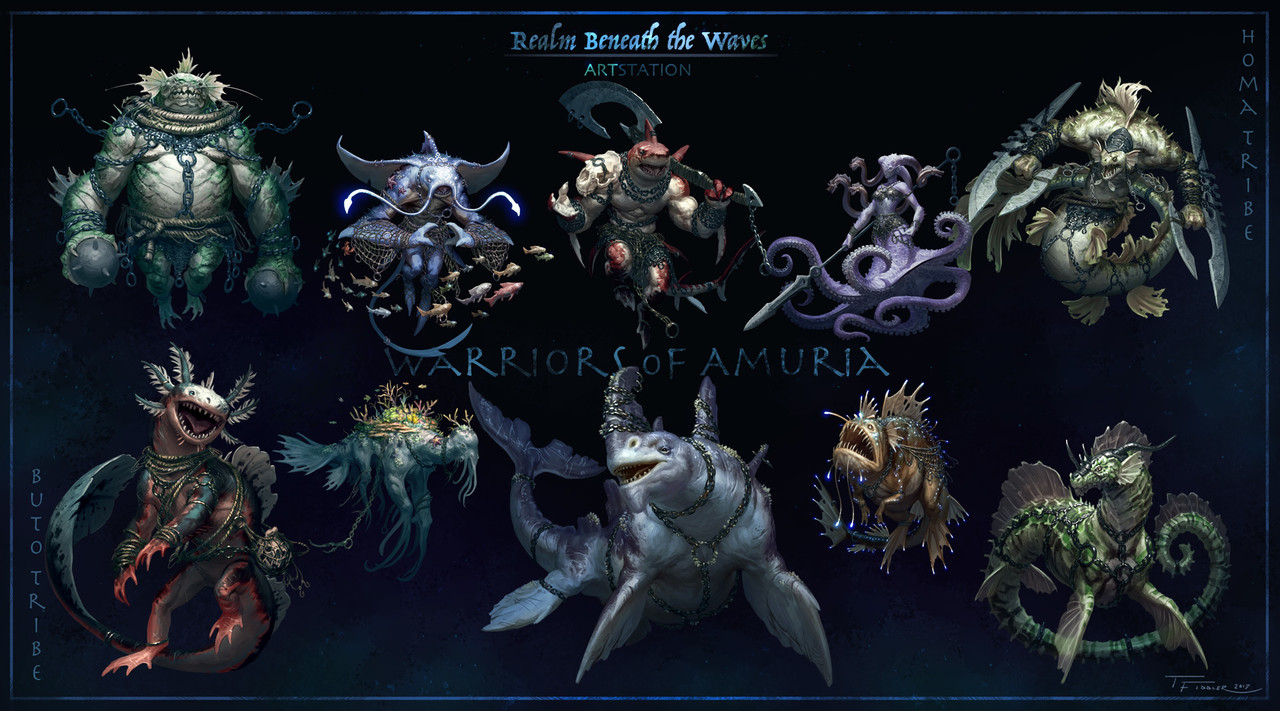 What do you think is the most difficult part of the creature/character design challenge?

Giorgio: To me personally, it is the challenge of finding a balance between a design that fits the theme, tells a story, is (as much as possible) far away from clichés, has personality and something that makes you feel connected to it in a certain way. Technical questions, anatomy, rendering.., those are by far secondary since a well rendered character that doesn’t speak to me is just useless. So finding the right designs and giving them personalities and compelling backstories was the most difficult and time consuming part.

Taran: The most difficult part of the creature/character design challenge, is coming up with the initial designs of the characters. Things like armour, clothing, poses and the overall look of the characters come into play, and you want to make each one an individual hero, but you also want their designs to compliment each other as well. Finding that “happy medium” can be a bit tricky sometimes.

Tano:  I think finding the correct interactions between the characters is one of the more challenging parts of the competition. You have to be really careful with the design language. It is surprisingly easy to drift away from your original idea and you have to constantly check yourself so this does not happen. 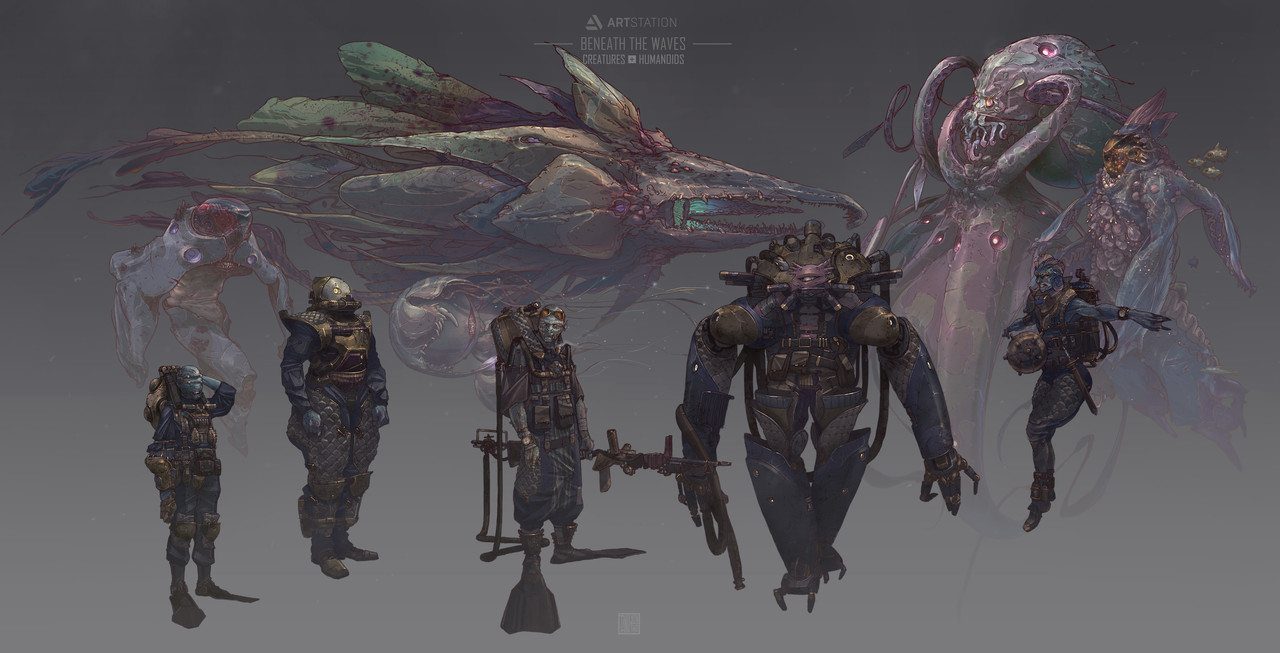 What was your strategy and creation process for your characters?

Giorgio: During the initial phase, I tried to stay away as much as possible from other artists since I didn’t want to get any kind of influence from others until my plan was set and had all clear in my mind. As I didn’t have much time during that month due to my freelance and teaching, I had to stick with my original idea. One day I woke up and thought of changing everything to a retro sci-fi setting, but it was way too late, so I just added some hints of it here and there. After that, I went to my usual workflow of gathering reference for creatures, color patterns, materials, props and everything else. I then moved to silhouettes as I pictured this whole challenge as a videogame pitch and I wanted all the characters to have a very distinctive shape.
Then into sketching, finding the right color palette to fit the character and finally proceeded to a final rendering.

Taran: My strategy for handling this challenge, was a bit different from past challenges. Since I did end up arriving a bit late, I had to be very careful about managing my time efficiently. So, I decided to put a lot more effort into the initial sketches for the characters and creatures before going into any sort of painting or rendering, as to not be second guessing the designs later on, and wasting time on changing too many details.

Tano: First, I made some quick and fun thumbnails to loosen up my hand and then I tried to find a compelling design language to explore. Once I found it, I kept going. This is my second time in an ArtStation character design challenge and I think I learnt so much from the first experience  that it gave me an understanding of how to correctly approach this kind of exercise. 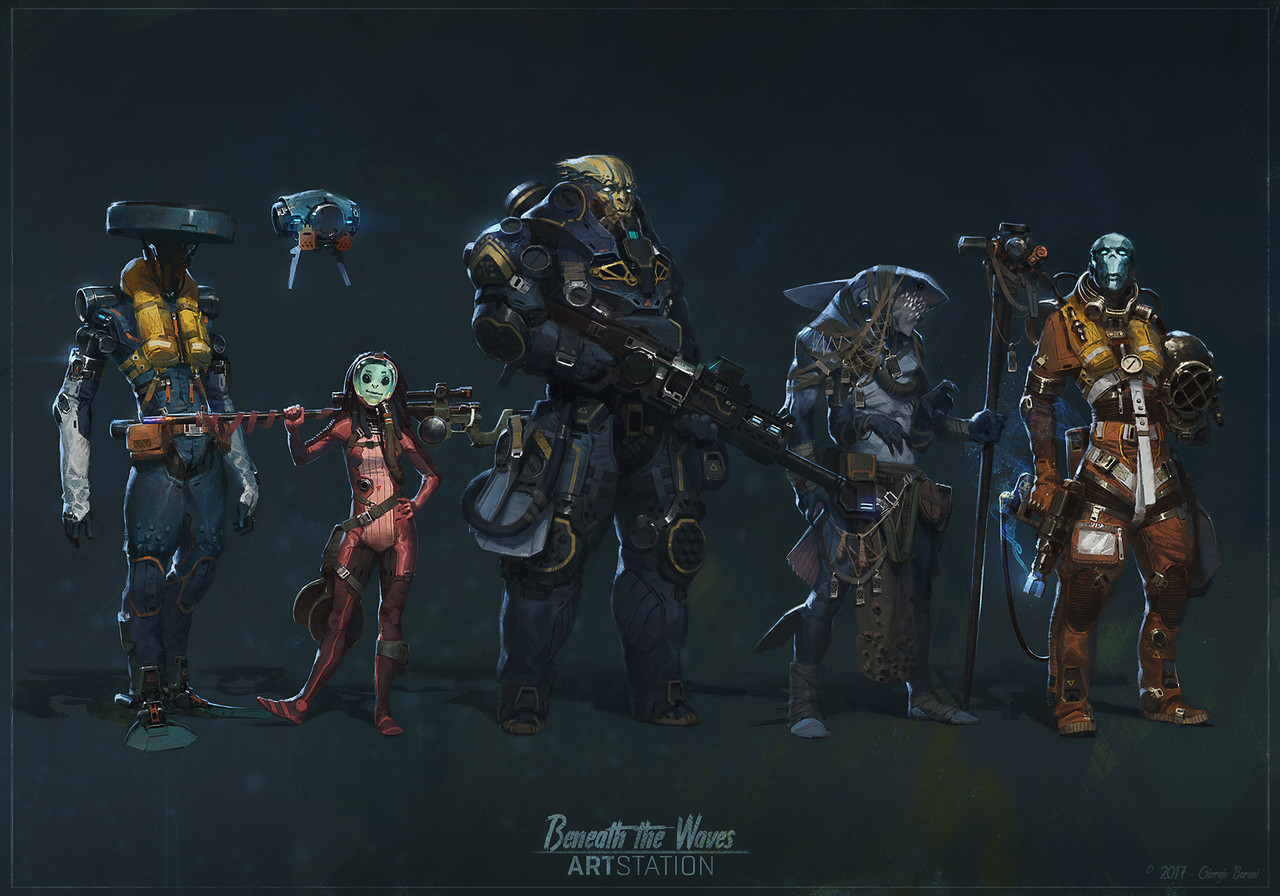 Were you following other artists? What were some submissions that caught your eye?

Giorgio: Absolutely! After having everything set up, I tried to lurk around as much as possible despite not having that much time. I wanted to see how others were doing, how they interpreted the brief and mostly, I was curious to see their vision on the theme, their workflow and their progress in general. I also tried to comment back and give some feedback as I received a lot… It has been like a huge group effort and i loved it, the social/community part really boosted the challenge and everyone’s progression in my opinion.
Of course Taran Fiddler and Tano Bonfanti entries are my favourites. Bobby Rebholz had some amazing creatures too! I also followed the progress of my ‘art friends’ in the Props category, Braydan Barrett and Sheng Lam and I totally love their designs!

Taran: I’m embarrassed to say that during the challenge, I didn’t get a chance to really look into any of the other artists submissions. I actually didn’t even check the “popularity” listings until I had submitted my final entry, so I didn’t realize where my standing was until then either. I was so focused on just finishing in the two and a half weeks remaining, that I didn’t get that chance. However, I did go back and look at the submissions afterwards, and was amazed with everyone’s characters! Besides the stunning works of Giorgio Baroni and Tano Bonfanti, I also enjoyed the work of Inkognit/ João Fiuza, Maciej Janaszek, Dario Jelusic and Kyllian Guillart very much as well.

Tano: Indeed I was! I really liked the work of Giorgio Baroni, Tyler Ryan, Joao Fiuza and Zhengyi Wang. 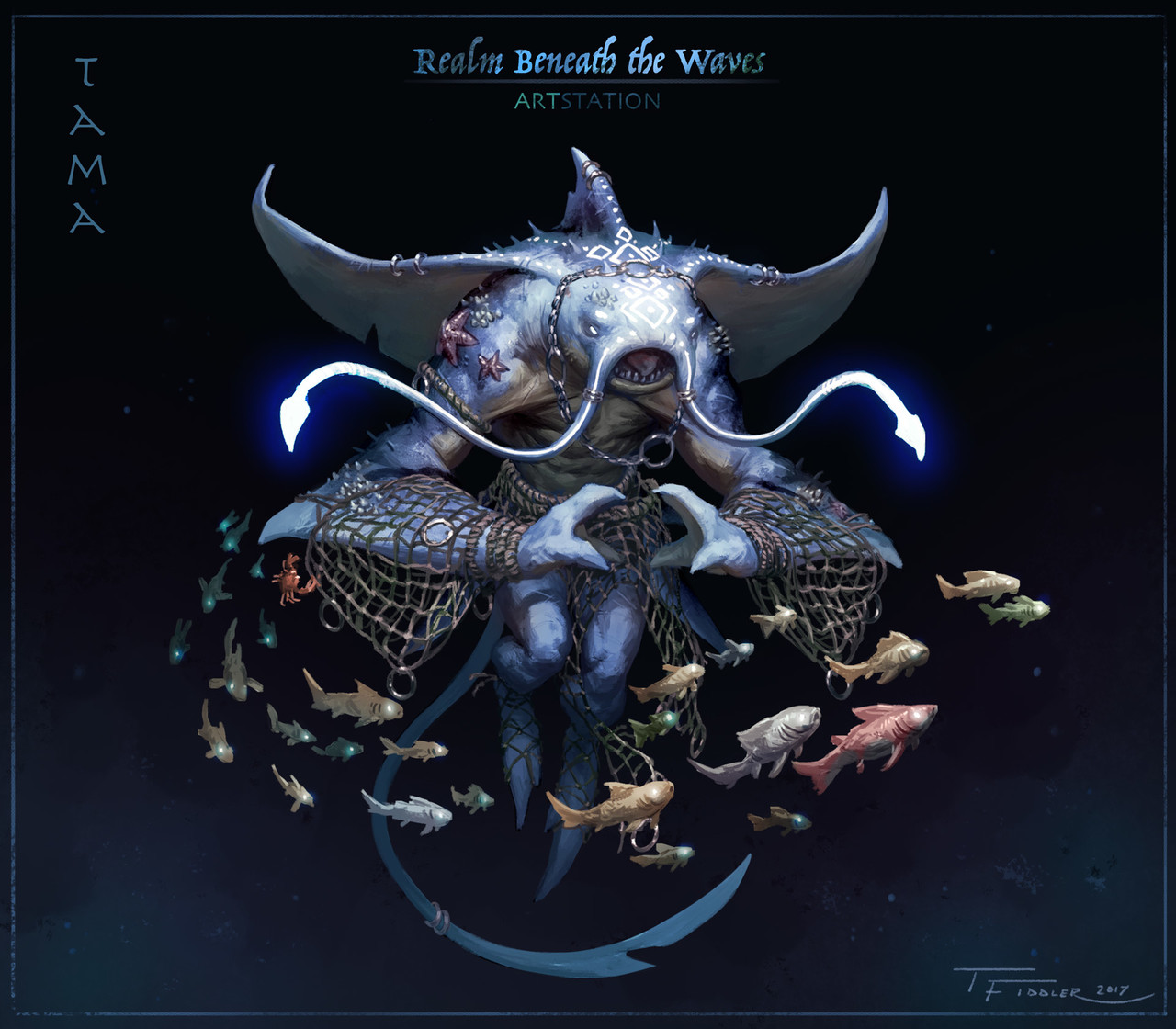 Giorgio: Plan ahead and don’t give up! I had a few downtimes where I was close to giving up a couple of times but the constant feedback and love from all the comments helped me to keep pushing to the end. I’ve seen a lot of people giving up halfway, and I understand them. It’s been a hell of a ride! I didn’t sleep for a month and questioned my stuff manytimes, but at the end it has been well worth it! The moment I submitted my entry 3 minutes before the deadline, I was so proud of myself and what I did despite all the struggles and sleepless nights, and this is what really matters to me, commitment! Plan your days, don’t waste time, inspire, get inspiration from others and keep pushing to the end!

Taran: If I could give any advice to future challengers, It would be the same thing that I’ve always said; take full advantage of the challenge to learn and to grow. Appreciate all of the constructive criticism that you can get, and always be thankful to the ones that give it. Challenge yourself to think outside of the box and to try new things; Don’t be afraid to try something that’s outside of your “comfort zone” because you might end up surprising yourself. And finally, have fun! Part of your reason for being an artist is hopefully because you enjoy doing it, so always try to hold on to that feeling.

Tano: I think they have to participate and finish in at least one challenge. This teaches you how to structure your self  time wise and find a correct way of working and connecting with others. You also gain a ton of experience dealing with problems that are inherent in this kind of discipline. 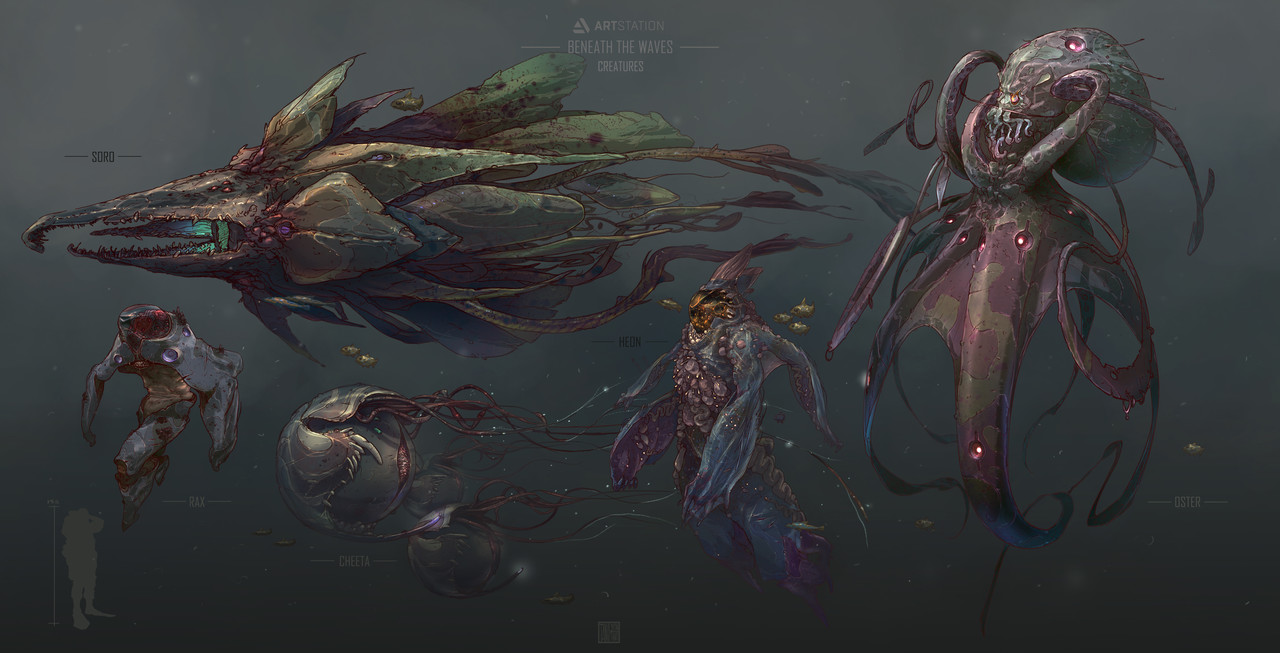 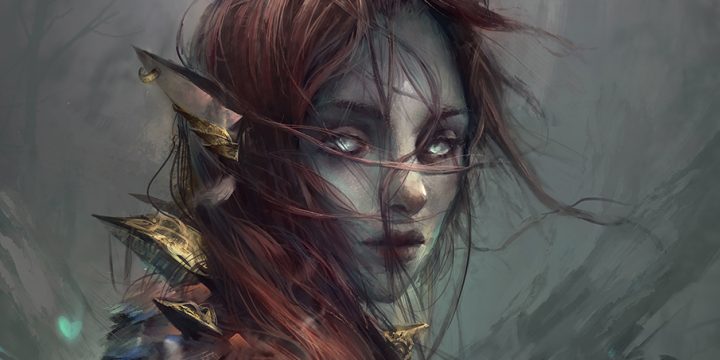 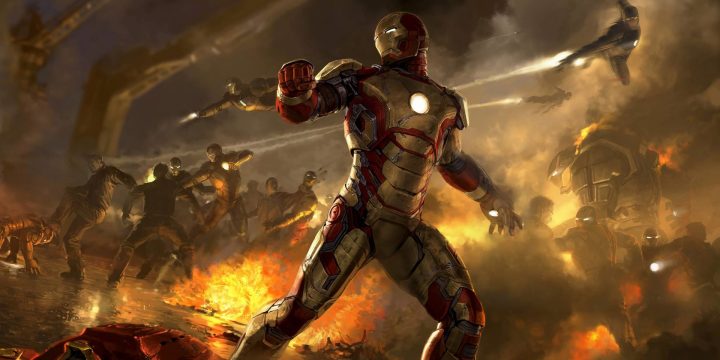 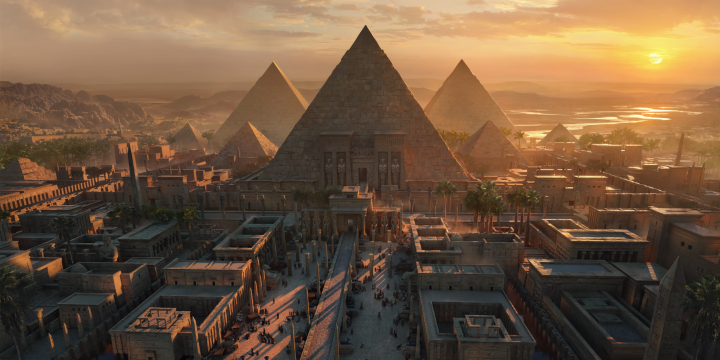