Gnomon has announced the speaker line-up for Gnomon Live Australia 2017, a specially curated program of CG masterclasses and live demos. Taking place in Melbourne and Sydney in March and April, the two-city, two-weekend event will give local artists a rare chance to meet industry legends like Avatar creature designer Neville Page and Star Citizen Art Director Josh Herman, along with leading Australian studios Animal Logic, Plastic Wax and PlaySide Studios among others.

First held in Melbourne in 2016, Gnomon Live returns to Australia by popular demand, with attendees of the inaugural event describing its combination of technical insights and networking opportunities as “truly one of the most valuable learning  experiences” and “something the Australian industry has been needing for a long time,” as well as “an opportunity to talk to industry veterans and obtain crucial information [for career development].” This year’s show will again give attendees a chance to see industry techniques first hand, as artists share their experiences working on feature films, AAA and mobile games, commercials, and VR and AR experiences. 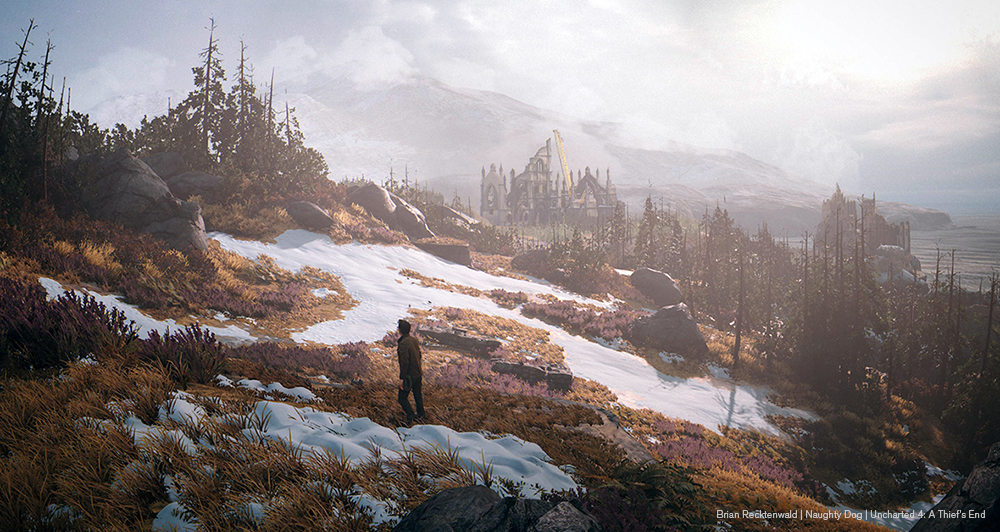 The panel discussions are curated by Australian nonprofit organization The Design Foundation, responsible for the noted international Ideas on Design program of events. “As Gnomon begins its 20th year with the announcement of its first Bachelor of Fine Arts, it is a great opportunity to be able to share more of what Gnomon has learned over the past two decades, evolving alongside the phenomenal advancements in the computer graphics industry,” said Kristin McCourtie, Manager and Director at The Design Foundation. “Working closely with leading studios, their considered development over this time has resulted in training programs that position Gnomon as the benchmark for computer graphics education in the world. Gnomon Live Australia is brought to our region with support and endorsement from government, philanthropic, and industry partners. 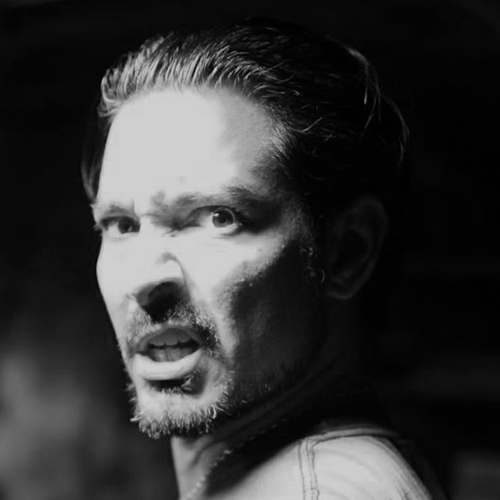 Described by Fast Company magazine as a visionary who has helped change the face of computer graphics education, Alex has dedicated the past 20 years to educating students and professional artists around the world. His art has been published in multiple magazines, websites, and books, and he’s worked professionally as a Creature Development Artist on such projects as Avatar, J.J. Abram’s Star Trek, Super 8, Green Lantern, and Prometheus. Constantly evolving his techniques, he currently works with Maya, ZBrush, V-Ray, SpeedTree, and more, to craft stunning 3D assets and landscapes. 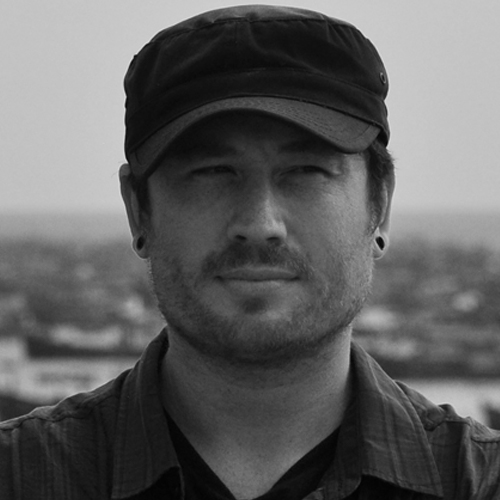 Alex is an Art Director and VFX industry veteran with over 15 years of experience creating high end content for film, TV, VR, and sophisticated 3D product design visualizations. He is currently Art Director at Magnopus, a visual development and experience company in Downtown Los Angeles, where he has worked on multiple VR and AR productions for clients including Disney, Facebook/Oculus, and NASA. His work on The Argos File just won a 2016 Proto Award for Best Live Action Experience. Alex is currently doing look-development work for an unannounced film by 20th Century Fox. 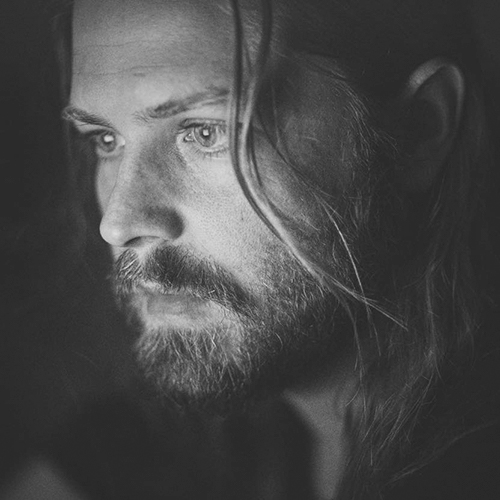 Brian began his career in games at LucasArts on The Force Unleashed and The Force Unleashed II, before moving on to become Environment Art Lead for the Star Wars 1313 project at Lucasfilm. In 2013, Brian joined Naughty Dog in Santa Monica where he now works with some of the most talented designers and artists in video games, with credits including Uncharted 4: A Thief’s End. Having worked in the games industry for more than 10 years, he has specialized skills in modeling, texturing, surfacing, and lighting, with highly refined skills in ZBrush, Maya, 3ds Max, Unreal Engine, and World Machine. 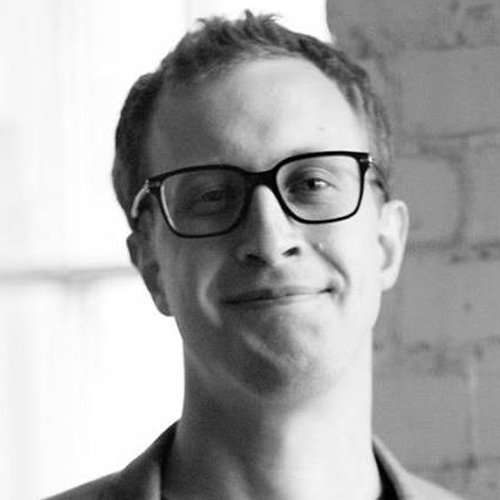 Josh is currently the Character Art Director at Cloud Imperium Games, working on Star Citizen and Squadron 42. After graduating from Gnomon in Hollywood, his career began at Legacy Effects on projects such as Real Steel, The Amazing Spider-Man, Total Recall and The Avengers. He later decided to try his hand at games and joined Naughty Dog to work on Uncharted 3: Drake’s Deception. From there, Marvel Studios recruited him as Lead Character Artist on films including Captain America: The Winter Solider, Guardians of the Galaxy, The Avengers: Age of Ultron, Doctor Strange, and more. 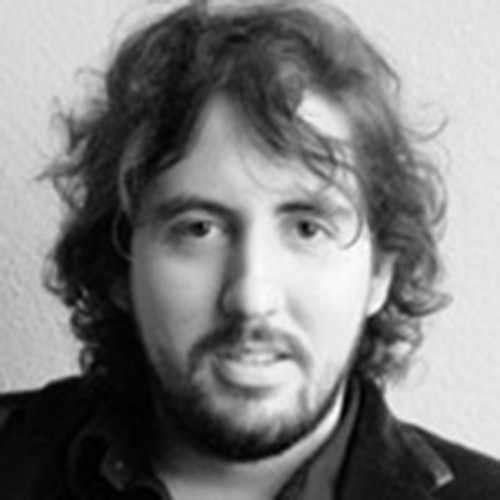 Miguel is a character artist, creature designer, director, and cinematographer with over 15 years of experience working in some of the industry’s most highly regarded studios. Miguel has brought to life characters and creatures in many Hollywood blockbusters, including Jack the Giant Slayer, Avatar, Thor, Harry Potter, Night at the Museum, Superman Returns, and Fantastic Four: Rise of the Silver Surfer. Working with his partner, Tran Ma, he had his directorial debut with the wondrous short film The Green Ruby Pumpkin, and is soon to release the Kickstarter-funded, The Ningyo. 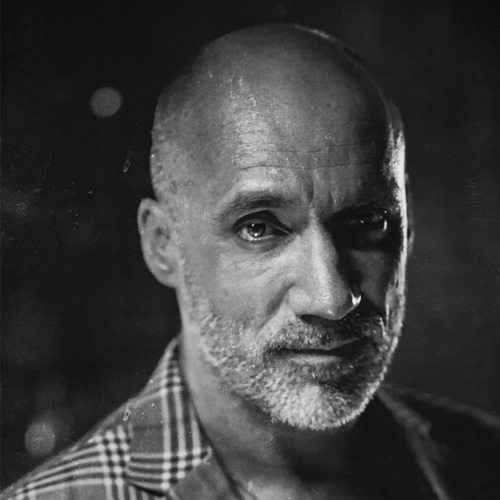 Neville is a British-American film and TV creature and concept designer with credits including Planet of the Apes, Minority Report, The Chronicles of Narnia: The Lion, the Witch and the Wardrobe, and the two X-Men sequels, X2 and X-Men: The Last Stand. He regularly works alongside director J.J. Abrams, having collaborated on the films Star Trek, Super 8, Cloverfield, and Star Trek Into Darkness, and was the Lead Creature Designer and Concept Designer for Avatar. Neville has also worked on Green Lantern, Prometheus, and is one of the panel of judges on the SyFy television series, Face Off. 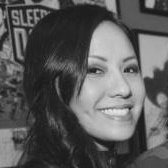 For the past decade, Tran has worked as a designer, character artist, and environment artist on acclaimed films such as Transformers: Dark of the Moon, Alice in Wonderland, and Krampus. She has developed extensive skills in organic sculpting, hard-surface modeling, texturing, look development, matte painting, and lighting. At present, she works in partnership with her husband Miguel Ortega and is currently working on the soon-to-be-released Faustian tale of exploration, mythical creature hunting, and moral conundrums, The Ningyo. 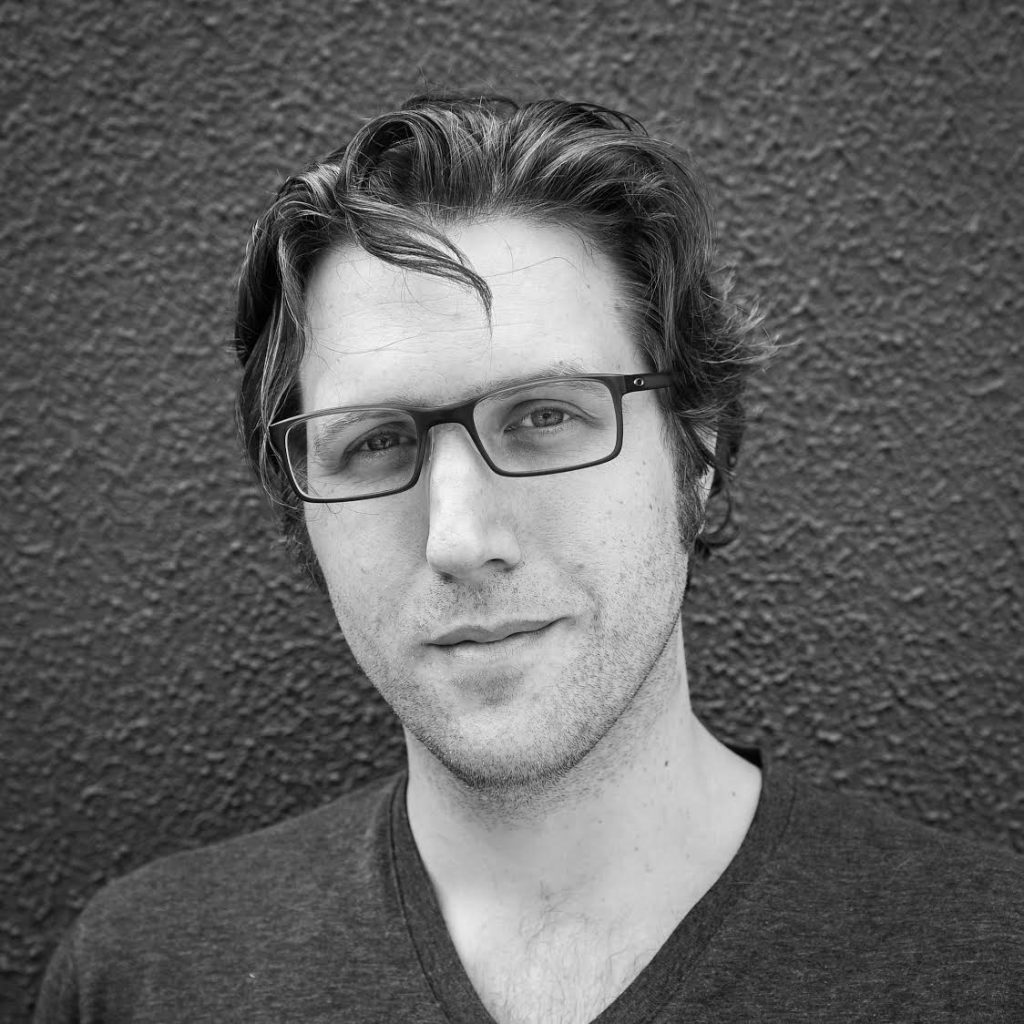 James has had over 16 years experience working on content for every major console platform, handheld and mobile/tablet device, mixed in with various bits of CG for TVC’s and Print Media. Starting his career as an artist at Atari Melbourne House, he has gone on to hold senior artist and art director positions in game studios across Australia and Japan. With skills in lighting modelling and environments design. James is responsible for the building of the creative team at Zero Latency that has grown to 42 artists in the past year. 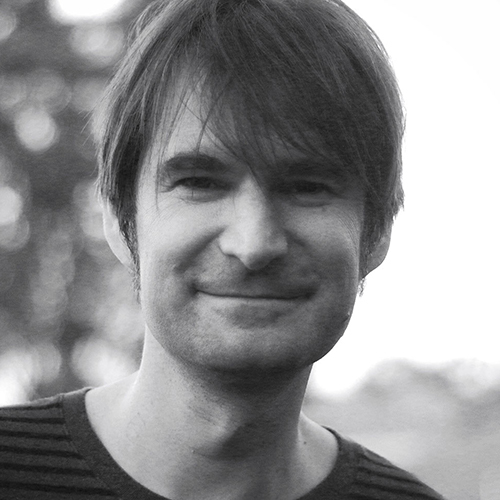 Simon Bronson leads the design team at Method Studios, Melbourne. Method Studios is an award winning, full service post house dedicated to the local and international advertising communities. Collaborating with directors, creative agencies or direct to brands, Method are known for their inventiveness and have a commitment to excellence in their craft. Simon has over 15 years experience in design and post-production where he has drawn upon his photographic, sound and editing background for his main title design and motion graphic work. 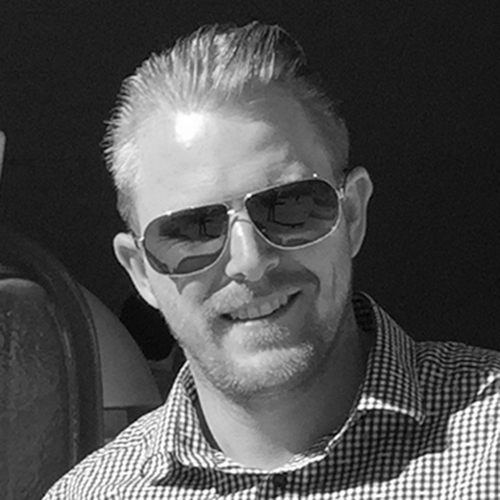 Adam has worked with some of the industries biggest brands and IP including  Disney, Warner Bros, Paramount, and Nickelodeon. PlaySide Studios” is a world renowned video game development company located in Melbourne, Australia. Having published a multitude of titles Playside is a pioneer in their field. They partner with the world’s biggest entertainment brands such a Disney, Warner Bros, Paramount, Oclus, and Nickelodeon to bring the most authentic AAA experience to mobile devices! More recently, PlaySide VR has been formed to take on what they perceive to be the final frontier in video games, virtual reality. 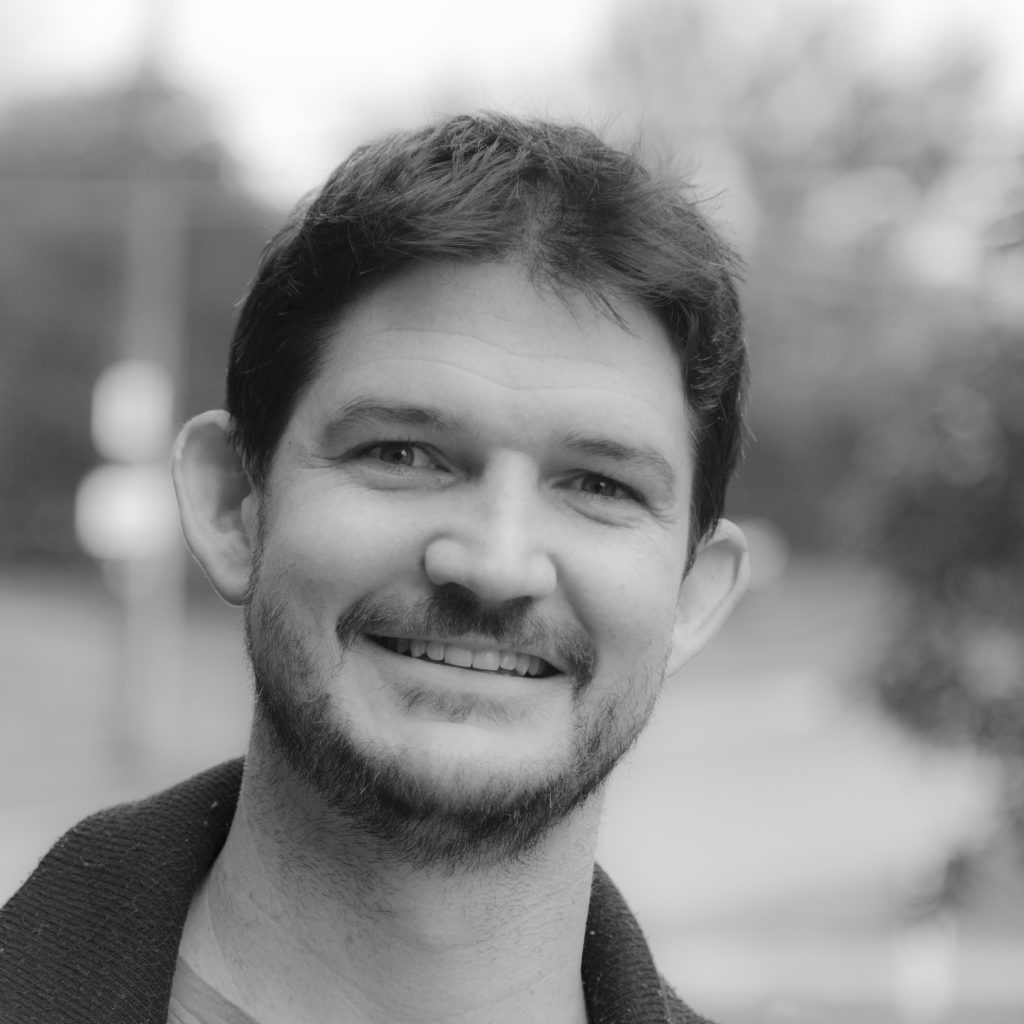 Greg O’Connor is an asset supervisor at Iloura. Based in Melbourne and Sydney, Iloura houses a collective of award-winning animation and VFX artists who are motivated by creativity and technical innovation. The 200+ team of VFX Artists help productions to engage with any audience across any media platform. Whilst Iloura’s highly-regarded reputation has been built around its 3D and character animation work, the studio also produces outstanding results in 2D VFX, matte painting, compositing, FX animation and on-set Supervision for the film and television industries. 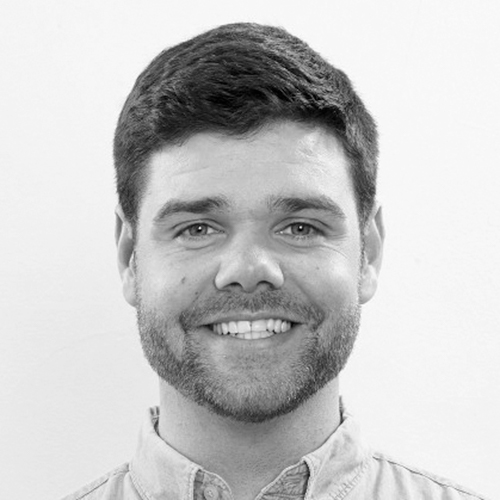 Michael is the art director for “Buy Somewhere” – a location based property tycoon mobile game. This unique project uses map and property information to create a 3D game based on the real world where players can buy properties and expand their property empire. His work in Sydney for the past 7 years has mainly been in mobile games, advertising and augmented reality. Clients and projects have included Transformers 3, Telstra, Taronga zoo, IBM, Australian government, Virgin and Storm Surfers. 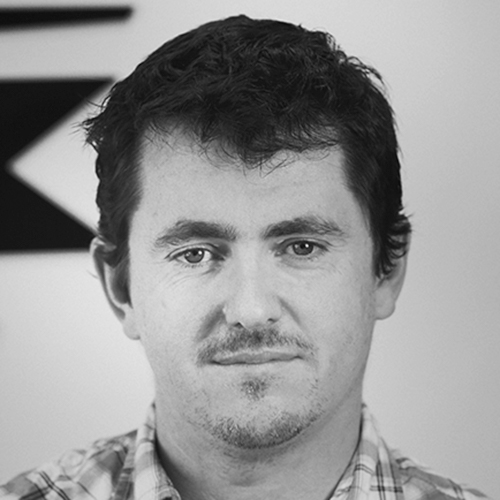 Mick Hammell has been working in the Film, CG and VFX industry for over 15 years.  He’s a veteran of the Australian feature film, animation, experiential, and live theatre production industries. Since joining Plastic Wax as Production Manager in 2011, Mick has overseen the planning and execution of all cinematic projects from franchises such as LEGO Star Wars, Gears of War and Injustice 2 (to name a few) through to long form pre-rendered and in-engine CG for series such as Saints Row, Darksiders and Bioshock. 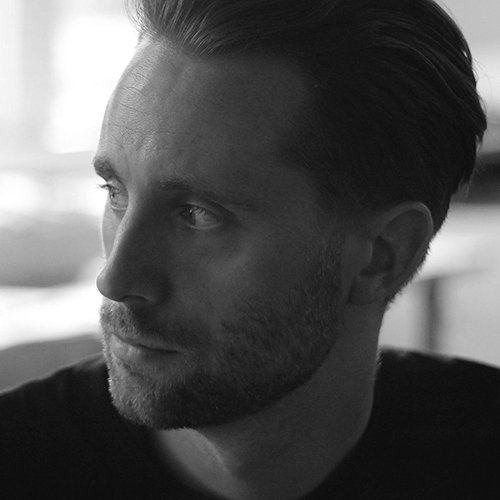 Morten  co-founded the Sydney based creative studio Supervixen with Daniel Bavell in 2009. The studio offers creative and production services across a variety of disciplines to brands and to the film industry. They’re involved in all stages of a project which means ideation all the way to execution, happens in-house. This ensures a consistent and smooth approach to all projects they work on. They have extensive experience in both advertising and film that reflects in the variety of services they offer as well as in their diversity of work. Supervixen take the best from both worlds and apply a blended creative approach.

Gnomon Live presents an opportunity to look inside some of Australia’s leading studios across these different industry sectors, offering a chance to see what they are up to, gain insight into how they work, and discuss issues facing the Australian industry. 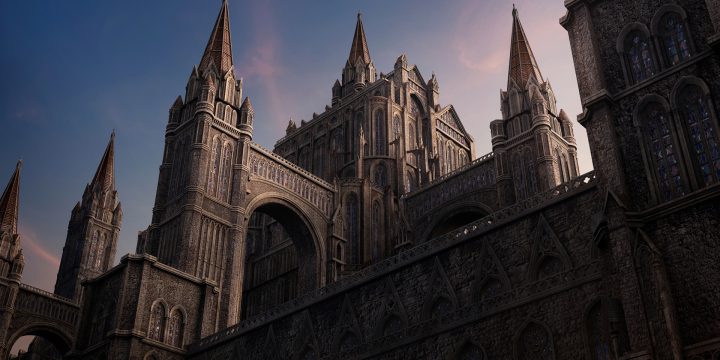 Don’t Wait to Create with KitBash3d 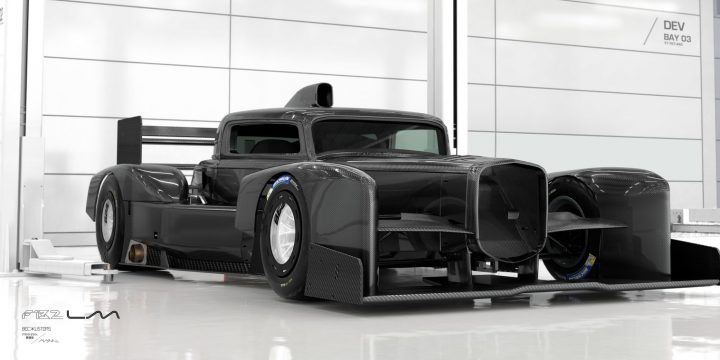 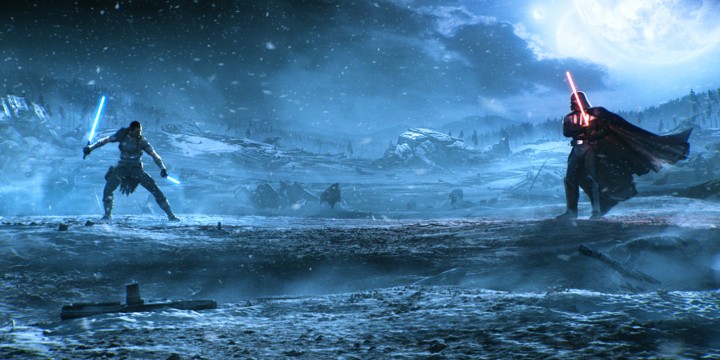