Stéphane Wootha Richard is a freelance concept artist and illustrator based in Lyon, France. His years of experience span all the major industries: television, animation, video games, and publishing. Stéphane’s work often features breathtaking, extravagant landscapes. His preferred softwares to work in are Photoshop, Zbrush and Keyshot.

“Never let anyone – a boss, a colleague, a company, an institution, a job, a project, a book or a school – dictates you the rules by which you will judge for yourself what Art is; for defining these rules is a solitary work, perpetually unfinished, and doomed to be pursued like an unreachable horizon; and it is by embracing this paradox that we also embrace our role as artists in society.”

In this interview, Stéphane shares his experiences and his philosophies around being an artist and creating art. 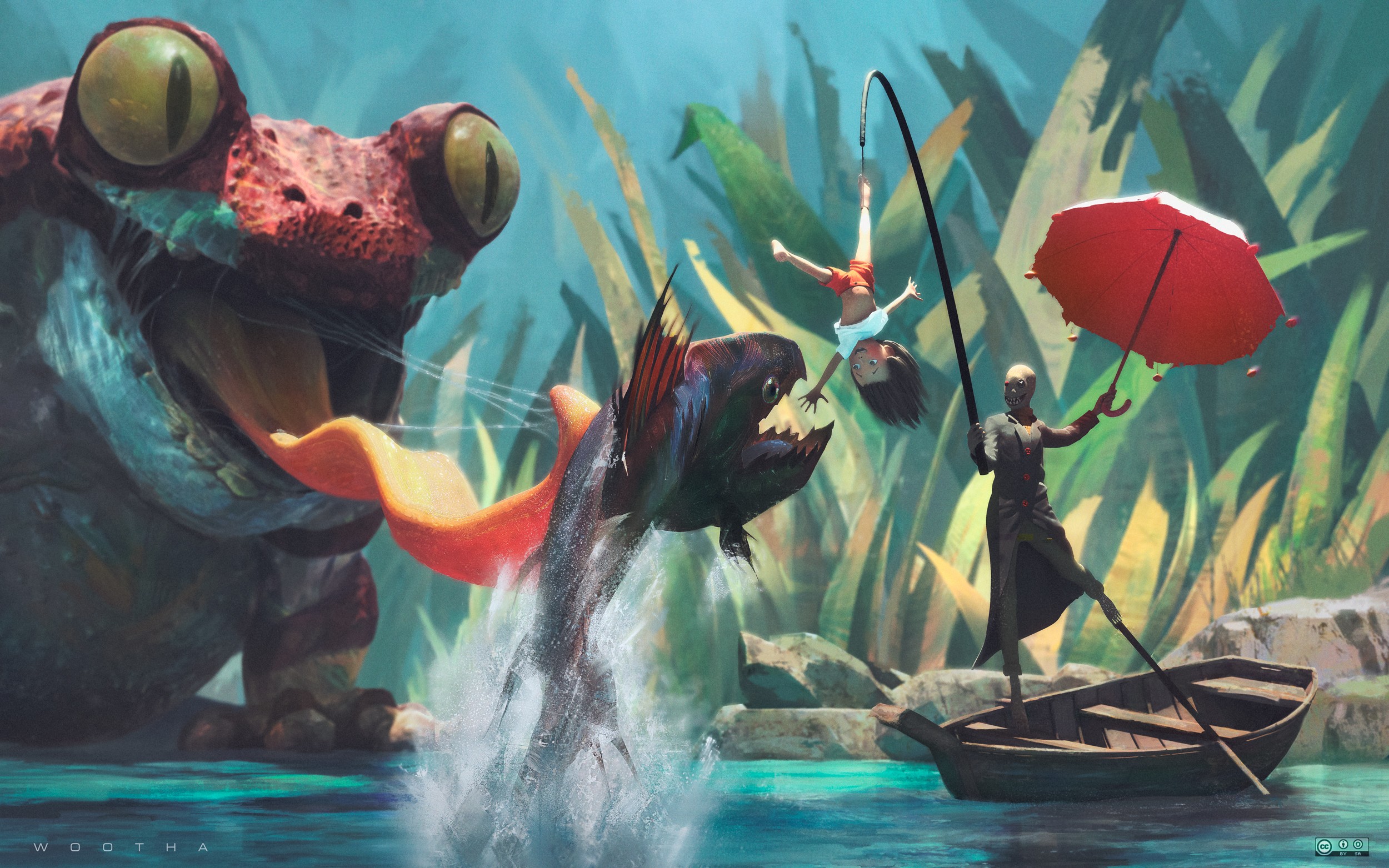 When I was 22, I lived in Senegal for a couple of years, in the Sine-Saloum area, among mangroves, canoes, fishermen, dry dust that announces the beginnings of the Sahel, and above all, griots and their incredibly powerful music that I studied during two years: Sabar drum music.

There were more lessons learned through this experience than in the rest of my entire life. Of course, there were lessons on Senegalese culture and, more specifically, Sérère and Wolof cultures. There were lessons on difference, its richness and its necessity, lessons on language, on otherness, poverty, and misery, but also lessons on friendship and open-mindedness.

The art learning experience I got from these two years is monumental. It taught me lessons about what Art is as an object of study (that music, that pictorial form, that dance style), as an object of analysis (how does that specific art-form work, what characterizes it compared to another, …), but also as a social phenomenon (why does this art form exist here and not elsewhere, what role does it play in this society, …). From Wolof language to the structure of the culture itself (which is an oral culture), the fundamentals that allow one to understand the world through concepts were built using totally different materials than those I knew, and it forced me to abandon specific ideas and representations for new ones, more general, capable of encompassing my past and present artistic experiences.

Sabar music, for example, is not conceptualized in terms of a mathematical division in a linear and horizontal time, but in terms of a language – made up of relationships of forces, of tensions and releases, of fullness and emptiness, of power and absence, of elasticity and ruptures – that exist in the verticality of a cyclic and redundant time where, however, nothing is repeated identical to itself. Sabar music embraces, in its very core, otherness. It cannot be played without the other; it makes no sense in the absence of the other, whether the other is a musician, a spectator or a dancer, otherness is hardcoded inside it. Trying to transcribe into solfeggio the phenomenon which occurs when Sabar musicians play together is pushing solfeggio so far beyond its limits that it becomes either wrong or unreadable up to the absurd, even for the best solfeggio reader.

I believe that the learning experiences in Art which possess, at their core level, the highest capacity to develop our creative potential are those which cause a shift in our systems of thoughts and representations of the world.

What I learned from Art, during these two long years in immersion in the villages of Sine-Saloum, had a profound impact on the understanding I had from it afterward, but also on the way in still learn and think about learning and teaching up to this day. What do you enjoy most about creating educational tutorials?

Learn. This is perhaps the biggest secret I discovered about learning: teaching, while remaining in a posture of a perpetual student, is probably the most effective way to stay curious and develop a mind elastic enough to be capable of explaining the concepts learned and question them when this is necessary. There is, I believe, in learning, a cycle of life and death of concepts: a concept acquired when it was necessary at some point to access new ones may become an obstacle later, and we may need to abandon it.

We need to accept the idea that the apple falls to the ground to access the concepts of Newtonian physics when we are in college; however, we must also mourn this idea if we are to understand the general concepts behind quantum physics (which I don’t). It does not mean that the apple stops falling in our perception of reality, but the understanding that we have of it changed, and this change allows us to acquire new tools for the analysis and the representation of the world.

I believe that the most severe difficulty I see among students who want to enter this industry is the inability to understand and accept their role as artists in society clearly. Too often, they expect from an outside authority – the professor, the art director, the headhunter, or whomever – a validation of their legitimacy as an artist. Many people think that they have to transform themselves into virtuoso art performers in order to find a job, and they anticipate on the desires and expectations of the industry, believing that the more they conform to what is already produced and desired, the more they are likely to find a job; which can be true for some people and thus feed the myth of artistic success through compliance.

But this myth is unfortunately false applied to the artistic endeavors, and it generates a great deal of frustration among artists who either don’t find a job in this industry, because they don’t want to make compromises, or find one which is so far removed from their initial artistic aspirations that they end up alienated.

Too often, we forget that it is neither the marketing director, nor the producer, nor the shareholders, nor the public who will write the screenplay and create the film or video game universe in which the artist is hired, whatever the position he or she occupies. And if it remains collective forms of Art, where artistic ego must be tampered, it is nonetheless Art, and it acts as such in society.

I think the biggest obstacle young artists face is the temptation to let the entertainment industry dictate what Art is and what role they want to play in it, for it is paradoxically in this way that they will be the least useful to it and will be drowned into the mass of ordinary artistic performers.

See more of Stéphane’s work on his ArtStation portfolio.

About the author Bianca Marques 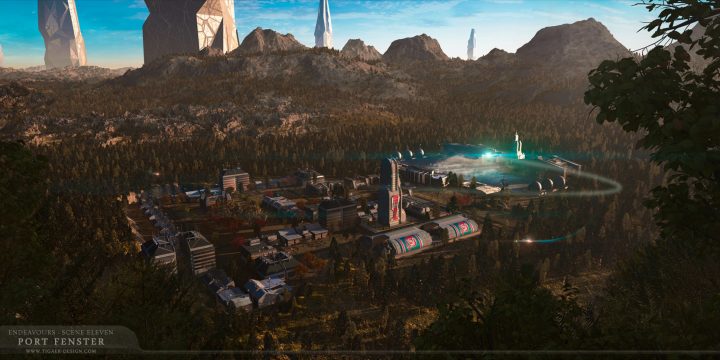 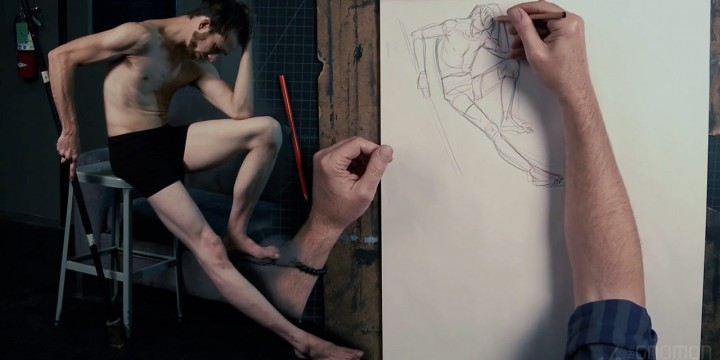 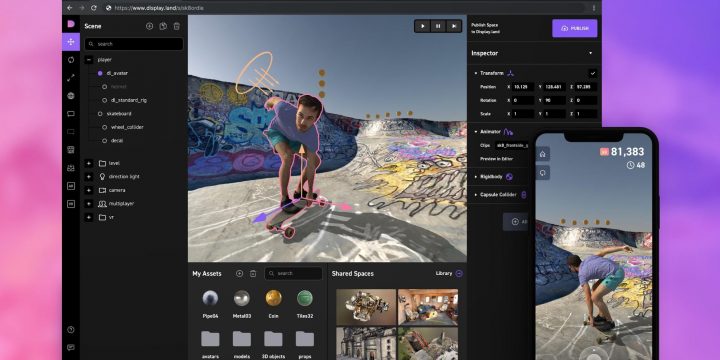 Photogrammetry with your Phone