In the Wild West Challenge, participants of the Prop Design category were given the task of designing 5 props that could be anything from transportation to gadgets to buildings or to weapons. Needless to say, this left room for a lot of unique and diverse ideas and we were blown away by the creativeness of some of the entries.

Browse all the Prop Design entries from the Wild West Challenge.

In this interview, the winners Alex Thomas, Eugene Shushliamin and Billy Machin share their Challenge journeys. What was your overall concept for your prop set?

Alex: My props were based around the theme of a gold rush militia group that take gold through dangerous areas in the west. For this, I wanted to design several pieces of equipment & gear that they could use to do this job. Inspiration was a lot of real work machinery with a flare of the Wild Wild West movie.  They had that steam powered quirkiness in their designs in that movie and I wanted to try and have a level of that in a more believable and grounded way.

Eugene: My main idea was to create something different from typical orange/brown spaghetti western scenario so I decided to keep it more desaturated and gritty with an almost post apocalyptic feel. In terms of shape language, I was inspired by how spider legs /skeleton ribs motifs subconsciously create a feeling of unease and danger and how it fit pretty well in my initial idea.

Billy: My props are a series of weapons from a somewhat goofy, unrealistic version of the wild west. I wanted to root them in real life, but I also wanted to have a little bit of fun with it. Hopefully the concepts speak for themselves in terms of function, but I’ll try to give a little context. I was thinking very cinematically when I designed these props. I used a lot of existing parts and weapons that could be conceivably manufactured for a mid-budget western. I was thinking very much in terms of “hero props” that would belong to certain characters, or would be used to punctuate a plot point. I could see the Party Starter, for example, being used by a hero or villain to initiate or culminate an intense rivalry or feud between characters. Maybe the movie features a train robbery. Well okay, we need some way to stop the train – hence the Trainkiller rifle. The props were all designed to have a distinct and cinematic silhouette and function. Hopefully something that you’d remember. Tell us about your strategy and process for your entry.

Alex:  My strategy and process was to first work on a list of ideas that felt right. I wanted these ideas to be different enough to each other but also to each compliment the rest of the designs. I then picked 5 and did some sketches to get a decent base before heading into 3D. Then I blocked everything out in 3D and worked it up working out movement as I went to make sure my moving points made sense. I did a quick block in animation with no rigging and then worked on base materials and render. Once the render was done, it was just some paint over with textures etc and then presentation. Being my own time scale, I did each stage for all of them before moving on to the next.

Eugene: In terms of process, it was one of the first projects where I used VR sculpting. I think it’s a great tool for this kind of fast concept modelling.

Billy: My strategy, if you can call it that, was to have fun. I didn’t really expect to place, so I wasn’t explicitly trying to win. That is not to say that I didn’t put a lot of effort in, or that I didn’t learn a lot during the process, just that my primary concern was creating a series of props that were thematically cohesive and functional, and I think I achieved that. The process was much more deliberate, for each of the props – save the Croc Pistol, which I painted/ photobashed. I sketched out some concepts, I took them into 3D (I use autodesk Maya), I rendered them in Keyshot, and I finished up with textures and some paintovers in Photoshop. I wanted to ensure I had a smooth and repeatable pipeline. 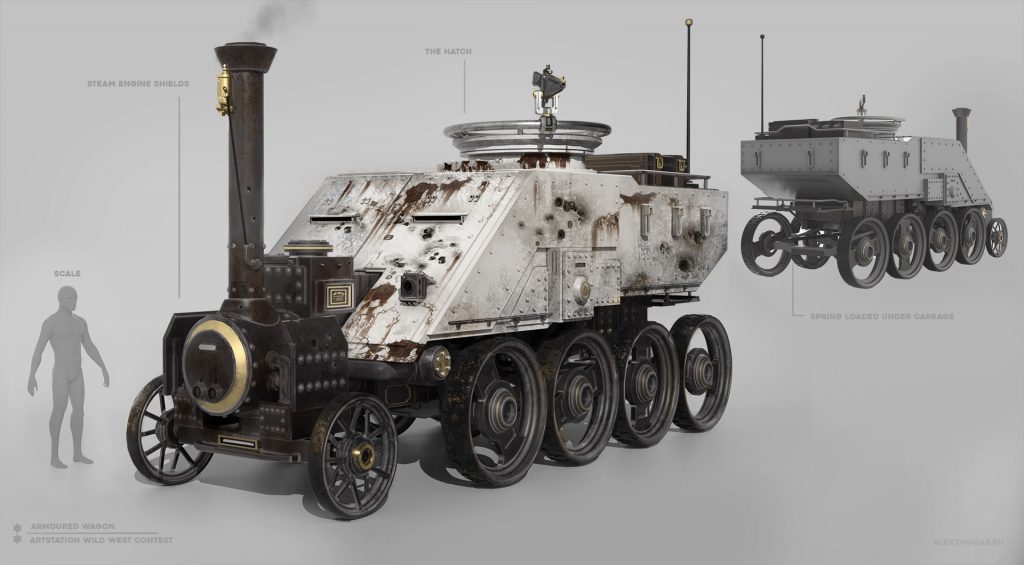 What was the most difficult part for you?

Alex: The hardest thing with the contest was juggling the time to get everything done. I didn’t sleep very much by the end. Everything else was my normal pipeline work apart from working on everything at the same time. I normally break that up but I guess for this it worked well because I could get all the concept visually consistent in one go.

Eugene: The most difficult (and also most fun) part was to come up with certain design direction and how to make it so that all of these props felt like they belonged to the same universe. Also, thinking about what will make them stand out from the other entries.

Billy: The most difficult part was definitely keeping the theme consistent. I was determined to produce a uniform body of work for the challenge – a series of props that look as though they inhabit the same universe. Keeping the style, the shape language and the finish level contiguous was what I stressed over most of all. 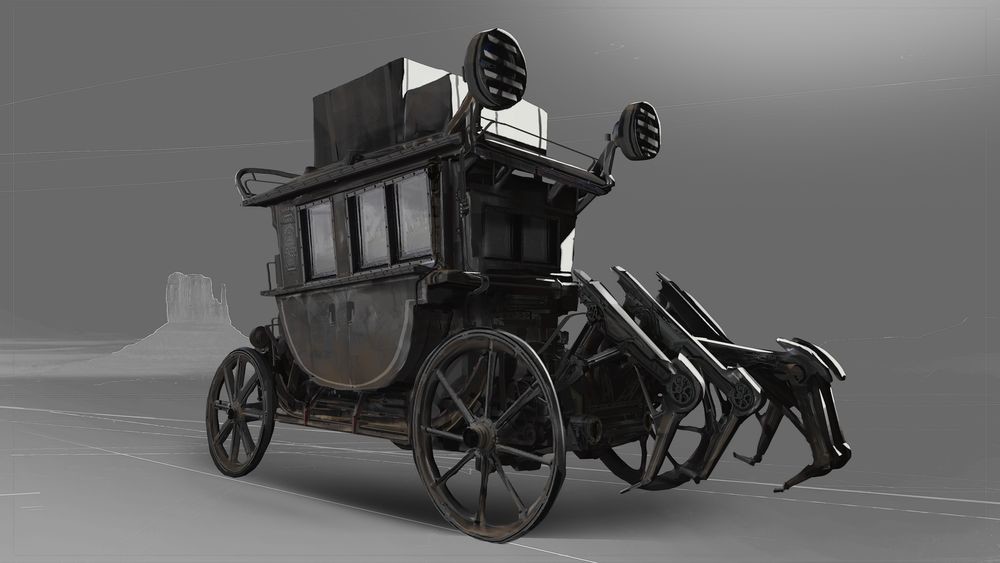 Alex: There was so many good entries that really had a interesting take on the theme. If I had to pick a few, I would say Mathieu Lamble‘s concepts had some of the lushest details. I really loved how it told a story in them. In that vein too, I really liked Bill Machin’s guns. They were really fresh ideas with lots of personality in the designs. They just scream story.

Billy: I was following Greg Chryssaphes work closely during the process of the challenge; I think it’s clear he put a lot of hard work in and the narrative structure that threaded his props together was probably the most developed I observed among all the contestants. 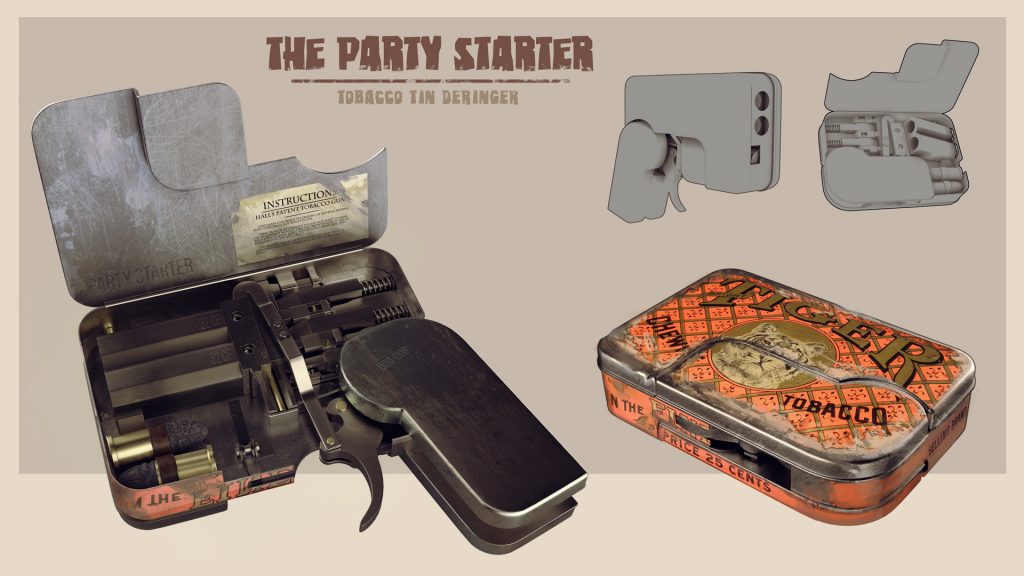 Alex:  I learnt a lot more about modo with modelling and basic animation. I especially learned how to use mesh fusion which I hadn’t used much before. I used it quite a bit since when I need something more detailed. I generally just really enjoy seeing everyone getting into these challenges and chatting with my friends on discord while working on them. Good memories from all the ones I’ve done. Its great seeing people get so excited about designing.

Eugene: The major thing I learnt was how to come up with design direction in an unusual setting but also how to incorporate VR sculpting in my workflow.

Billy: I think the biggest thing I learned was how to stick to a process in order to create a consistent result. I’ve mentioned it a couple of times, but that was especially challenging for me. Taking disparate ideas and unifying them under one roof. Choosing not to go too crazy with the designs and not going nuts with the process allowed me to keep things on track. I learned that planning and sticking to that plan is a good way to get stuff done.

Browse all Prop Design entries of the Wild West Challenge. 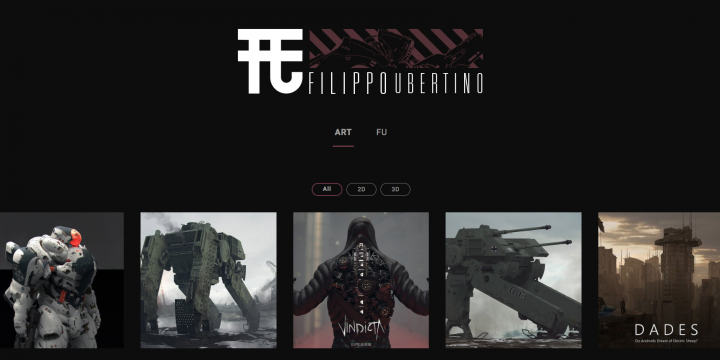 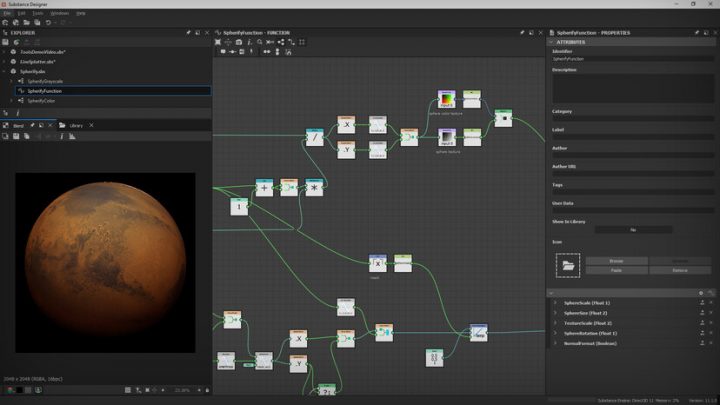 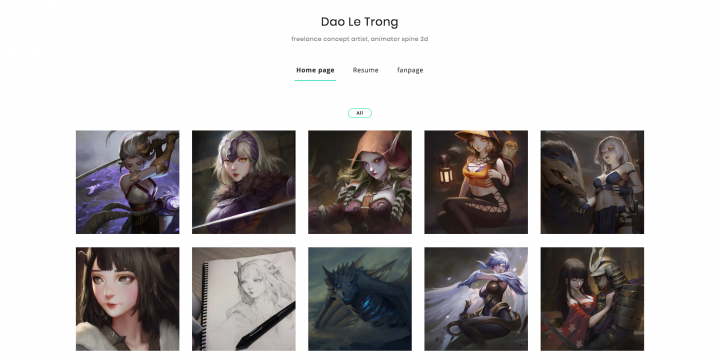