The Wild West Challenge was one of the most followed and exciting challenges yet. And this time around, the competition in the Character Design category was the fiercest ever with more amazing entries than judges could choose from.

Browse all the Character Design entries from the Wild West Challenge.

For this challenge, participants had the tough task of designing 10 characters.  2 of each: Outlaws, Native Americans, Law-men/Law-women, Townsfolk and Gunslingers. Each character had to tell their own story with their clothing, adornments, and gestures. There were hundreds of entries but in the end, it came down to Moxuan Zhang, David Ardinaryas Lojaya and mole wong‘s fantastic entries. What was the general style, mood and world you were going for with your character lineup?

Moxuan: I wanted to convey a style that was close to Bloodborne, a repressive and twisted world view. I made up a world with a substance called blackwater, which allows the body tissues of living creatures to merge with each other, and use this element to rationalize the Cthulhu style characters in my world setup.

David: I always love animation and it’s my passion, so I created the characters as I imagined them in an animated movie. I basically treated them like how I do character design in animation. My main inspiration for the style are Pixar and Disney with a lot of exaggerated body proportions and adorable faces.

Mole: I would like to interpret my design in a wild and badass style and hope that the outlines and personalities of my characters can stand out and differ from each other. I created a western world of wasteland where people can live together with intelligent robots but everyone has their own interest. This is a place full of violence and selfishness. I tried to figure out the story and personality for each character while keeping the outlook that they’re part of this world.

Moxuan:  Just a few days before I started the competition, I had just finished playing Bloodborne. The unique design language shocked me. In this competition, I’m explored a brand new world of subjects. I wanted to use this style to break through my own style limitations. The result was way better than expected. Making ten designs in thirty days is a very stressful challenge. At that time, I still had to go to class and I had a ton of homework to do on the side. I didn’t have time to design alternative options for each character, just a quick list and a design element that I’m good at. I remember clearly that by the time I finished drawing the line sketch of ten characters, many contestants had finished rendering some characters already. I was a little out of breath，but I have to say it was a very interesting and challenging time for me.

David: There wasn’t much of a strategy in the process, unfortunately. I wasn’t even sure if I could finish it on time when I started. And that’s really bad, don’t do this. I was so busy at the time when the challenge started. I had to draw and think while I was free during my lunch time or before I went to sleep but I’m so glad that I finished the challenge! The process always started from the basic shapes and going for a simple readable silhouette. Because of the limited time, I had to sketch faster and decided which one works and not. At the last minute, I actually had more ideas for the villain, but I had to finish what I had in the sketch. And now they kinda grew on me, so it’s all good.

Mole: There was little time left before I decided to participate in this challenge. I lined up the silhouette of all characters at the beginning so as to ensure that the final lineup would highlight every character. Next, I drew the lines of all characters and had a try on one character, Jeff, for the coloring style. I decided on the final coloring style keeping in mind and evaluating the time it would take for completion. Then, I divided the rest of the days into nine sections and finished the coloring of each character. I finally caught up with the deadline and I was very satisfied with the result.

Which character in your lineup is your favorite and why?

David: My favorite is Roze. I had to refine her so many times because I wanted to make her attractively tall but still exaggerated. Her background story was one of the stories that I thought a lot about during the process. I think I spent too much time on her character but  it’s worth it cause I love this character. Hope you too!

Mole: My favorite character is absolutely Walking Prison Samuel. I wanted to plan the role positioning of a big and strong policeman at the beginning of the design but I thought the design of the chest was very empty in the early stage of the silhouette. I scribbled a little smiley face on it but when I finished scribbling it, it seemed interesting. How could I combine the stories of the two people together? It seemed to be reasonable for the criminal to keep himself in his body since the policeman was so conventional. So I refined this idea and obtained the final design. As far as I was concerned, it was a good design derivation process of “story-design-story-character”, which would make the stories of the characters more vivid. The final design was liked and commented by many people so it gave me a sense of achievement. Moxuan: So many to talk about! I really like the Mole Wong‘s lineup! Especially the Law man, very clever design. Also the Michael (Mick) Mowat’s line up very unique. Seeing his design has taught me many new design languages.  Jason Nguyen had some super good ideas~ I love his ideas most! There are too many designs to talk about. I have been learning from them as well.

David: This is a hard question, cause there are a lot of great entries! But if I had to choose, I’d go for Alessandro Pizzi‘s and Jason Nguyen’s. I like the style of Jason‘s entries. It reminds me of an RPG game and I would love to play those characters in game. Alessandro’s entries are just magical and fantasy, love that vibe!

Mole: Jason Nguyen’s work was my favorite. I fell in love with his design as early as he uploaded his lines. Each character was personalized and different. I was surprised that he could finish the design of all perfect characters in such a short time since there were only a few days before the challenge. Moxuan: I want to thank ArtStation for organizing this kind of competition because I love that it includes the process. We can see everybody’s thoughts in the process and this makes it easier for us to learn from other people’s design processes。What I have learned most is some interesting design combinations, like Mole’s Law Men and Michael (Mick) Mowat townsfolk that had a surprising element application and reorganization. At the same time, with the help of this competition, I have developed a new design style and improved my workflow. Thanks again for this competition!

David: Oooh I learnt a lot of things from this challenge, from time management to cultures. Technically I’m all alone in this challenge, no colleague or director, I’m my own director! So I had to dig a lot of research on internet and I got a lot of inspiration from other entries. Sometimes I checked their progress and got inspired by their works. While I did my research about the wild west on internet, I learnt a lot about their story, culture, and most importantly, the Native American culture. It’s beautiful. I know that this is a sensitive issue, so when I created my Native American characters, I had to make sure that I do the justice of the culture and not to create something insensitive. Speaking of culture, I really love the idea of diversity, so I tend to create a diverse group of characters and I hope that they translated well for the audience.

Mole: I participated in the last challenge too and actually really liked the style ArtStation Challenges, that get you to work within a limited theme. It was a good way to practice design but also to learn others’ understanding and expression of the same theme. I really liked the rules in the challenge which enable you to see the derivation process of your design. Meanwhile, people can also give their opinions on your design during this process, which is very helpful to their own learning. 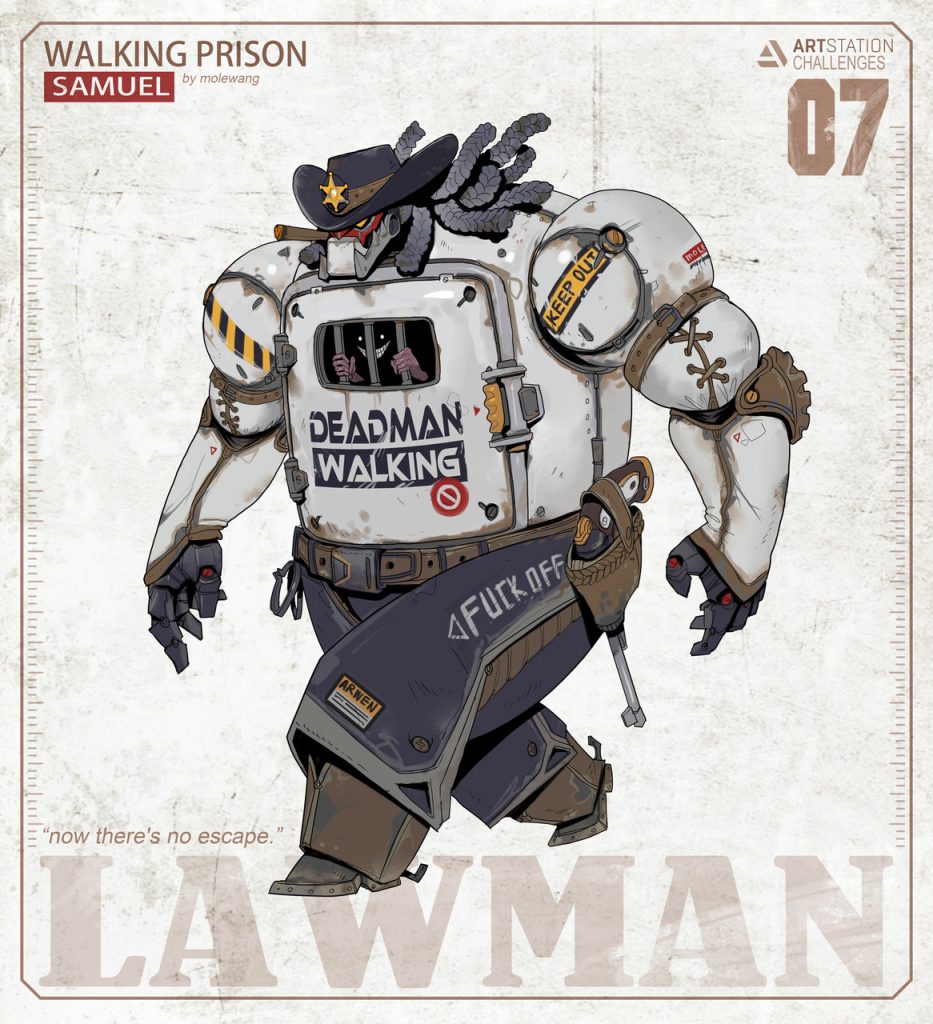 Browse all Character Design entries of the Wild West Challenge. 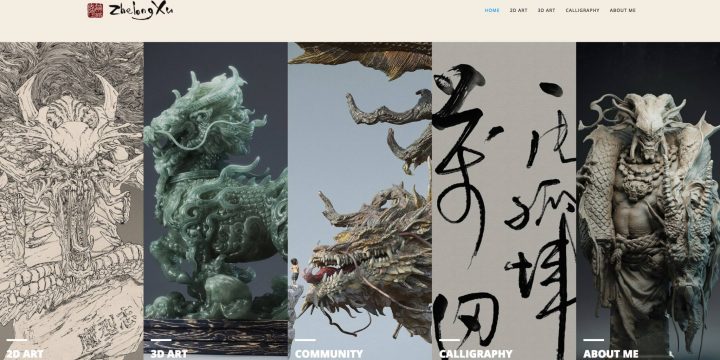 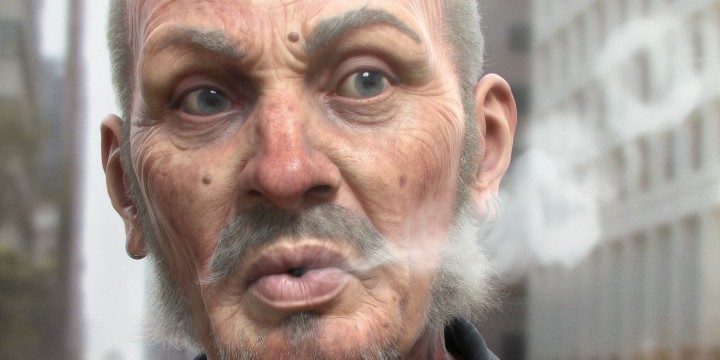 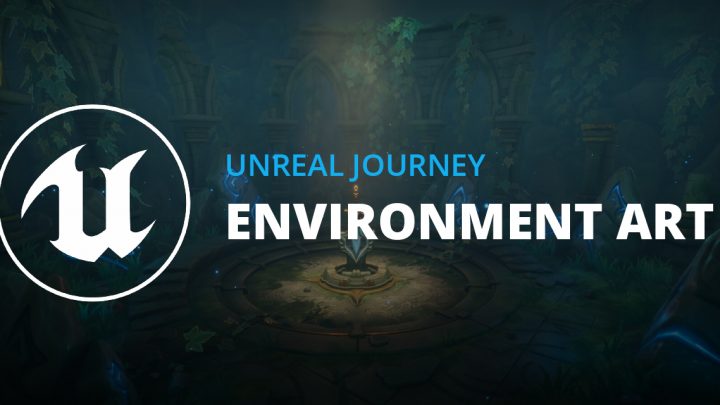