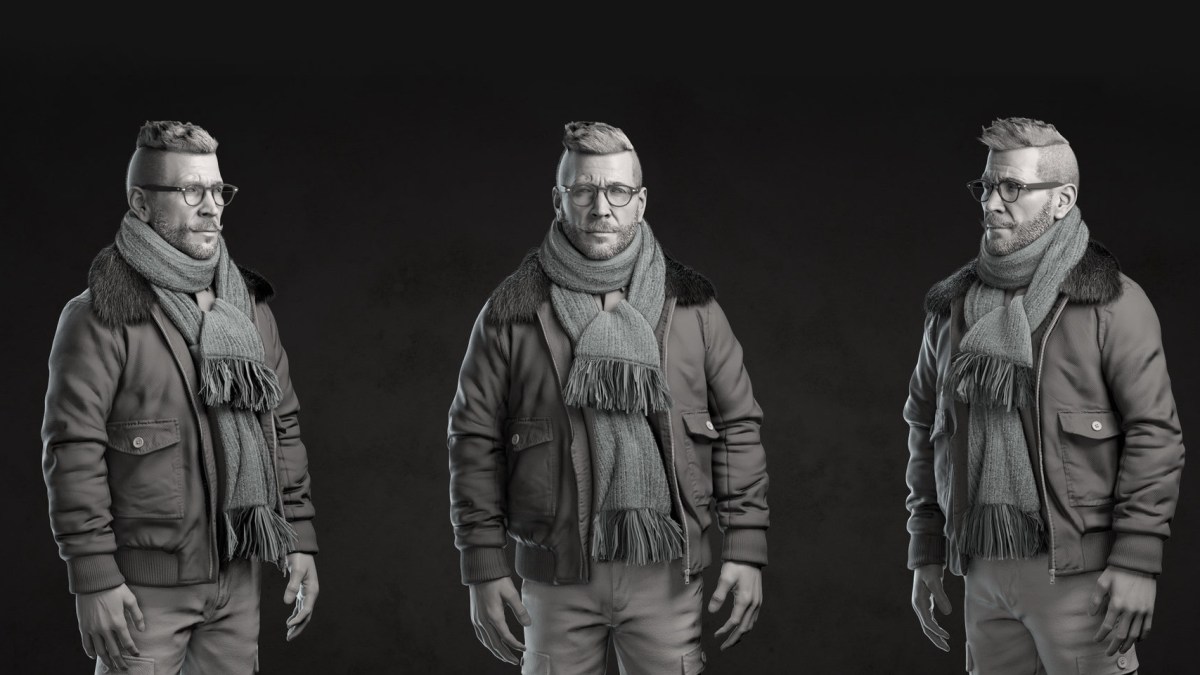 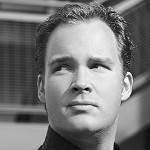 Last month, freelance artist and studio owner Allan McKay provided us with his 10 killer time-management tips for artists: practical things you can do in your day-to-day work to cut the time it takes to get a job done, and get home on time.

In this follow-up article, Allan looks at other ways you can make your working life easier, revealing three killer productivity strategies you can learn from the people whose job it is to manage your work: producers, co-ordinators and supervisors.

Main image: Nick Wooster by Kai KyoungSoo Kim
Although it’s easy to blame management if you’re having a hard time at work, it’s important to realise that there are things you can learn from your managers, too: things that can help you avoid problems before they even arise.

The more you pay attention to how studios run and try to work in the same way, the less producers and supervisors are going to be on your butt – and the more successful you’re going to be.

Below, I’m going to look at three great productivity strategies you can learn from the other people in the studio: the people whose job it is to keep the business running smoothly.

When they start out in the industry, a lot of artists have trouble estimating how long it’s going to get a job done, which often means that they have to work late. Instead of just accepting that this is the way things are, think like a producer.

Producers ask for time sheets so they can understand how long a particular task takes, in order to see how much time to budget for it in future. The more you do this yourself and track how long you’re actually spending on a task, the more accurately you will be able to estimate how long things will take in future. (It’s usually two or three times longer than you first think!)

You can even get an app to do this for you. RescueTime tracks how long you spend in art software each day day, so it can tell you if a job you expected to take half an hour actually took four. 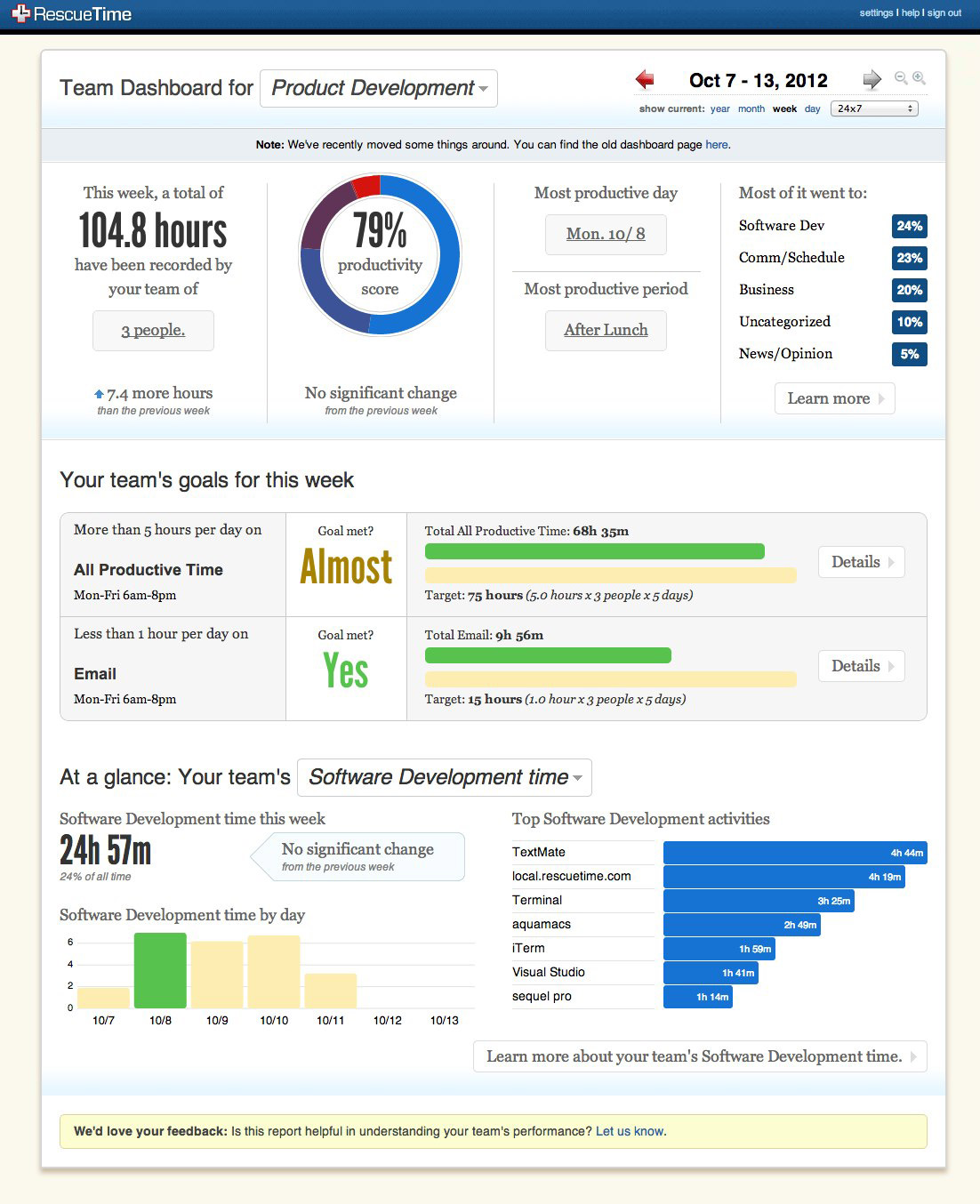 Windows, Mac and mobile app RescueTime tracks how much time you spend in different apps to show how long jobs really take. The Lite version is free; a Premium account is $9/month.

And if you are running late, rather than hiding and hoping nobody notices, go and tell people. Tell them how long you will be, and ask if there’s anything else they can be doing while they wait. That way, they can shift their priorities a little bit to compensate.

As well as helping out the people you’re working with, this makes them aware that you have more work than you can do in the time available. Some people, particularly if they aren’t from an art background, don’t understand how a job progresses: it’s just, ‘Is it done yet?’. If you can show them the timeline of your work, they will be able see that you’ve been putting the hours in.

A lot of artists are scared to show their supervisors their work, because they’re afraid of revisions. They figure if they hide it long enough, there won’t be time for changes later.

The fact is, it’s far better to open up the doors of communication sooner: to show stuff at the very beginning of the process – or better yet, to spend a little extra time punching out a few variations in crude form – so you’re certain of the direction you need to go in before you spend a lot of time on it.

So be like a production co-ordinator and keep everyone in the loop about what you’re doing. At the end of the day – or at least every other day – send out a message saying: ‘This is what I’ve done today, this is the location of the files, and these are the people I’ve contacted’.

Some people think that you don’t want to send out so many emails to the key people on a project, but it’s no big deal: if they don’t want them, they can just delete them. The more you speak with confidence and on the same level as those people around you, the more you will be respected, and your opinion trusted – and in the long run, that makes your own life easier.

A huge thing I learned when I was young was to begin to look at your work from the perspective of the client or supervisor, rather than as yourself.

The more you put yourself in the position of the people who review the final output, the more likely you are to be able to deliver something they would want, not just what you yourself think is good.

As I mentioned earlier, this means asking questions at the outset, and keeping on communicating to check you’re heading in the right direction. It’s natural just to want to dive in and start creating, but by minimising the number of revisions you need to do later, you’ll be saving time in the long run.

But it also means taking charge of the review process. If you work with clients, you’ll know that they often go wishy-washy when you submit work, and want to try a hundred other approaches.

Often, it isn’t that you haven’t understood what they want: it’s that they don’t know themselves. If you set out all of the possible options in advance, including ones you know aren’t going to be practical, it makes them think and challenge themselves.

Do this early in the process and you won’t have to show the client a hundred options at the end. (Two are enough: a ‘safe’ version and an over-the-top one. By showing the contrast, you help the client feel more comfortable owning what they actually wanted in the first place.)

If you are given requests that you think are silly, speaking your mind isn’t going to do you any good. Instead, remind the client of how much other work you still have to do, but that once all other tasks are done, you can look at additional changes. That way, you stay focused on what you were originally asked to deliver, rather than wasting too much time on something that will never get used. 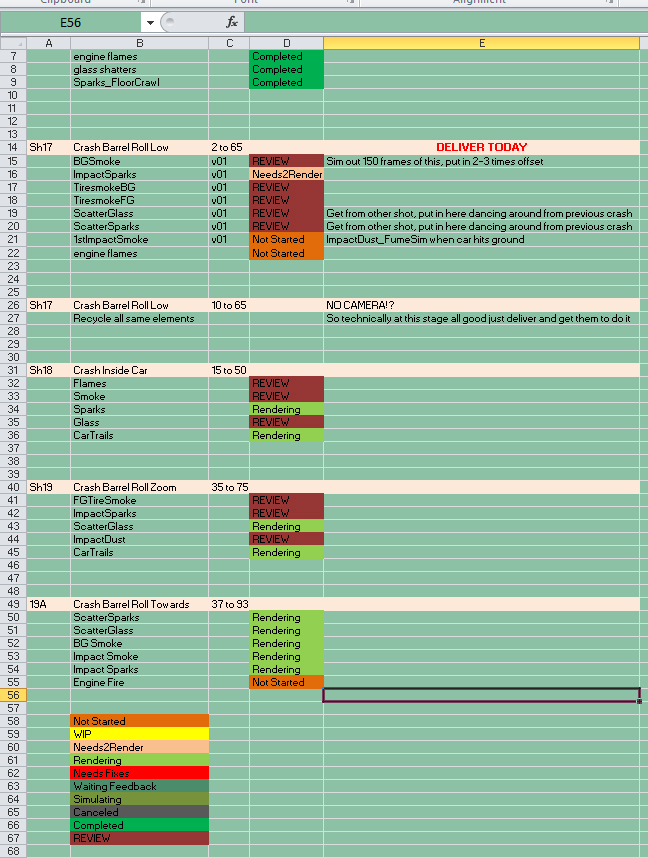 Learn to speak spreadsheet: detailed records like this, showing what you’re doing and when, make managers far more likely to trust your proposed work schedule in future. This one is for a VFX job, but the same principle applies to all commercial art work.

When you’re working for a studio, you’re less likely to get silly requests, but the same principles apply. People love to be led – and that includes supervisors. The more confident they are in you, the more they will take a back seat, and the fewer interruptions you will face.

That’s important, because too many reviews means reduced productivity. If you have to get stuff out for review every day, it’s harder to make any real progress. If you are in this situation, it’s up to you to politely approach your supervisor and let them know that you are busy trying to get everything done, and would prefer to get your head down for a bit, then do a review later in the week.

Speaking the language of spreadsheets helps here. If you can show people what you plan to have done by certain dates, the more comfortable they will be agreeing to your schedule.

Allan McKay is an award-winning freelance VFX supervisor and also runs his own studio, Catastrophic FX. You can find more careers advice on Allan’s website and in his free weekly podcasts on iTunes.