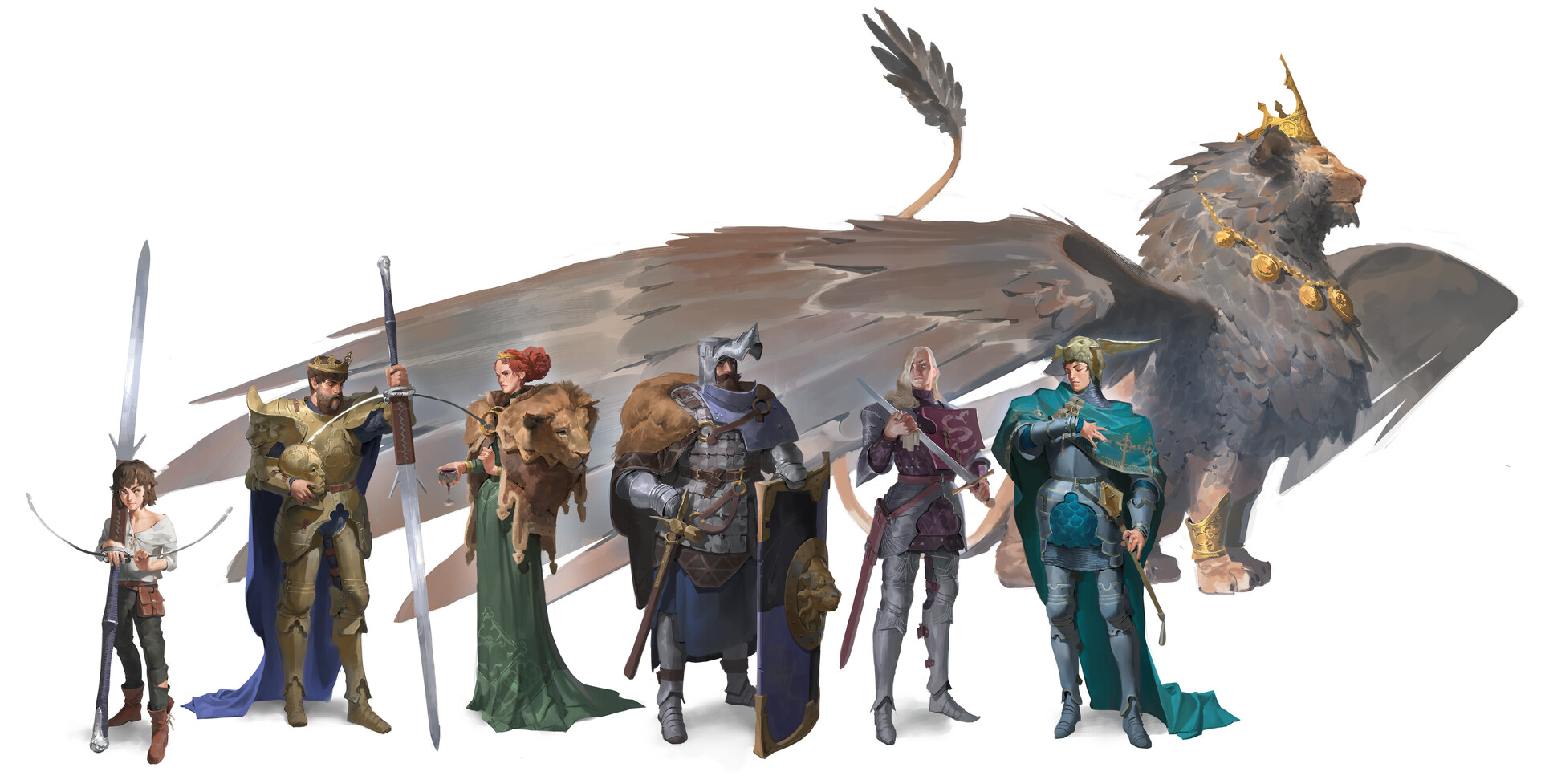 Over 800 artists joined the Character Design portion of The Legend of King Arthur Challenge. This time around, the brief of the challenge came with a little twist. Unlike previous ArtStation Community Challenges where the deliverable was 10 characters/creatures, participants were asked to design 6 characters, 1 creature, a keyframe and a sigil all tied to the Arthurian legends. Though many artists had to hop out of their comfort zone on this one, the amount of incredible artwork produced from the challenge is amazing!

Browse all Character Design entries from the Legend of King Arthur Challenge.

In this category, each of the winners had competed in a challenge on ArtStation before, but this was the first time placing in the top 3 for all of them. ( If at first you don’t succeed – try again!) In this interview, Pedro Krüger Garcia, Alessandro Pizzi and Tony Sart talk about how they approached the added keyframe element, their concepts for the lineup and more.

What was your overall concept for character designs?

Pedro: I wanted a project based on real historic medieval times, at least to some extent. It was something that I hadn’t done yet and I always want to push myself out of the comfort zone.  I realized that I would need to solve the character designs with less literal elements and more symbolism. For instance, if I had King Arthur with a magical sword to demonstrate his power and importance I would break the limitations I proposed to the project. To have a good character design that succeeds at describing the character within the limitations proposed, I had to work with symbolism within the realistic elements. To reinforce that symbolism in every character, I had to make characters that not only work as a standalone but that also work in relation to each other.

The main symbol that the characters share is the image of the Lion. It is meant to represent loyalty to the king, or God. That’s why Arthur wears the Lion as a armor (He’s loyal to his role as king), Gwenyvere wears its dead skin (Her affair with Lancelot), Lancelot uses it as a shield but at the same time wears its skin as well (His loyalty to Arthur and his affair with Gwenyvere), and Galahad wears it as a helmet, demonstrating that she values it more than everything else.

Alessandro: Compared to the previous challenges I wanted to experiment with a grittier style. The goal was to show a darker fantasy take on the Arthurian legends and create iconic characters that could inhabit such world.

Tony:  I try to look at the task from a different perspective to give ordinary history a completely different direction. I try to show heroes and villains in a different role. My Merlin is a petty merchant of magic swords and Arthur is an insane guy who surrounded himself with plywood rabbits. I like to show serious things in a fun way. 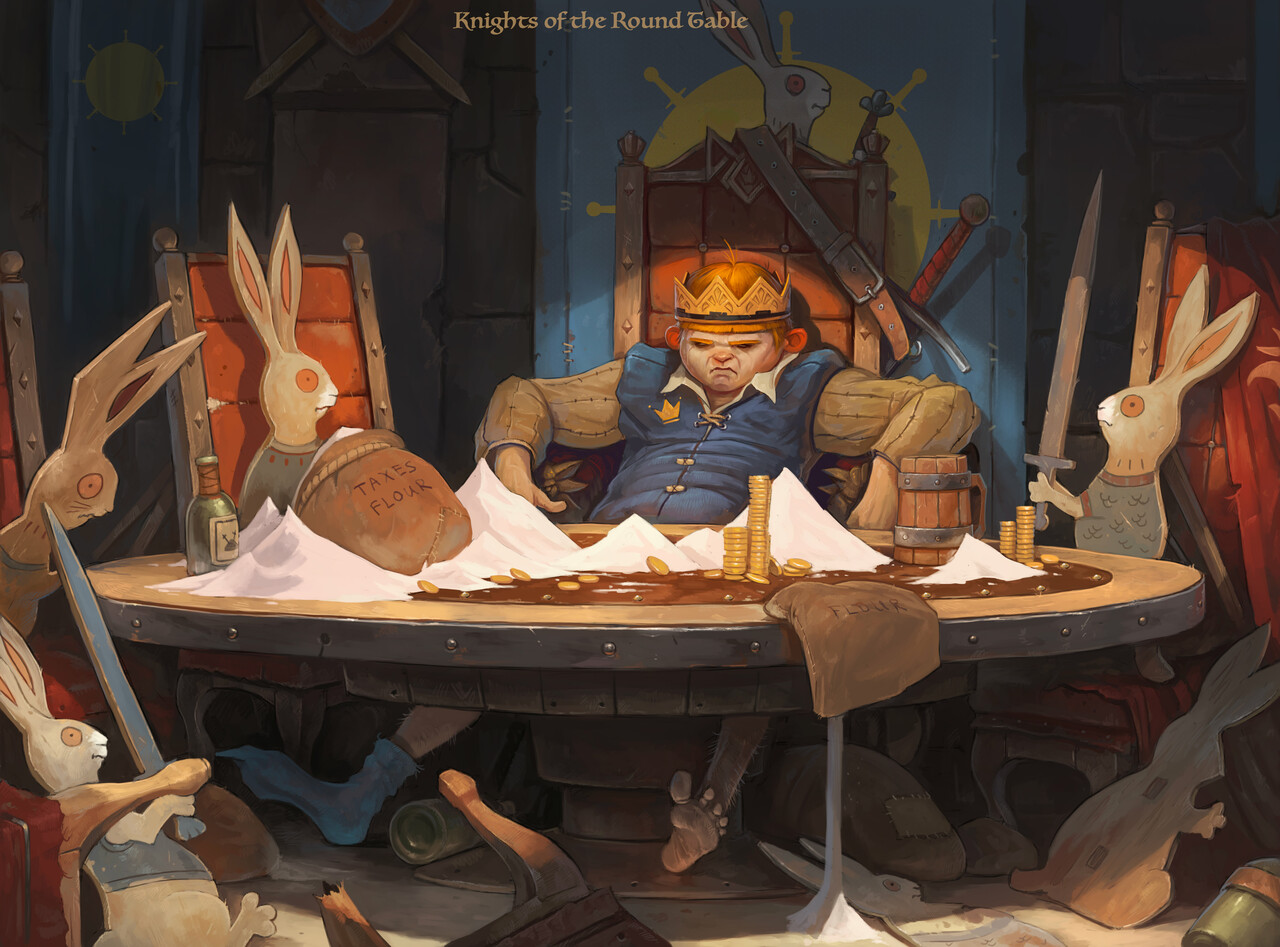 Which of your characters for the challenge is your favorite?

Pedro: I really enjoyed working on Young Arthur. It was the last one I worked on so I didn’t have as much trial and error. Since I had made lots of mistakes on the other characters, I already knew what I should and shouldn’t do. It was a really quick and enjoyable process. I also like a lot the design relations he has with his older self and how he holds the sword up as if to attack, and his older self holds the sword down as if to protect, showing that he has learned his duty throughout the years.

Alessandro: My favorite is Mordred. It’s the character I looked forward to designing from the start. He embodied the ideas I wanted to experiment with for the challenge. I think that the final result turned out pretty well showing both his personality and backstory.

Tony: The keyframe with King Arthur and the Bunnies. As a starting point, I used a legendary shot from the film “Scarface” and wanted to show this emotion but by placing the character in a very funny setting. I hope I succeeded! 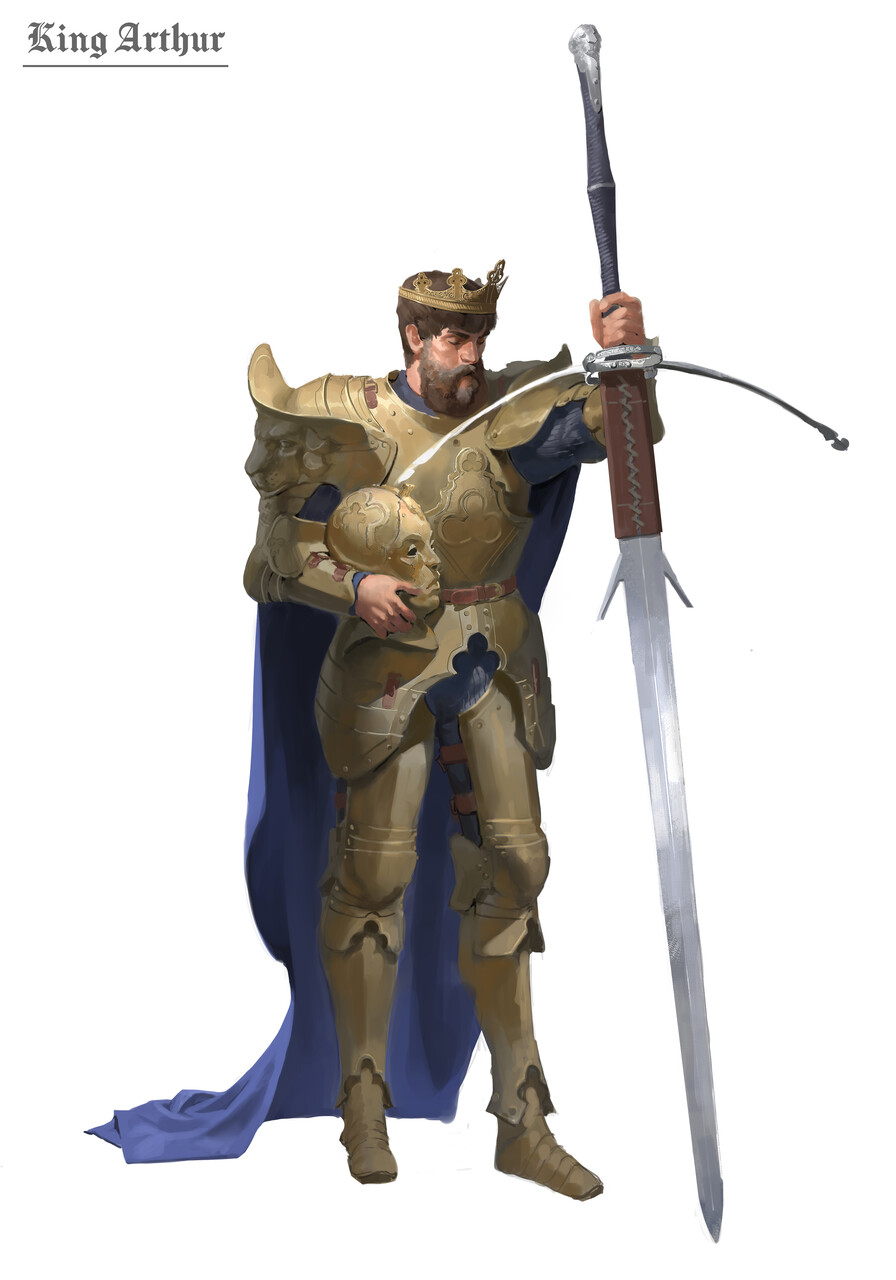 There was an added keyframe element to this challenge that wasn’t in previous challenges. How did you tackle it?

Pedro: With this project, I wanted to spend all the time possible working on the characters, so, unfortunately, the keyframe ended up being a last-minute thing due to time constraints. At first, I had no idea what I was going to do since there were so many possible scenes on the book that was provided, but I knew I wanted something powerful, that shows some character doing something that fits its personality. After some research and sketches, I found the scene of Galahad praying before the holy grail. I thought that was a really beautiful scene and would fit well with the character.

Alessandro: The keyframe was an unexpected addition to the deliverables. Due to the challenge category being that of Character Design and time being limited, I decided to prioritize the character sketches and give myself more time to decide what to include in the scene. After a couple of tries, and at the last minute, I decided to work on a dynamic scene, showing King Arthur leading his knights into battle.

Tony: It was a little unexpected. Nevertheless, the conceptual artists are oriented precisely towards creating a character. Here, in theory, it was necessary to show the composition. It was an interesting experience. 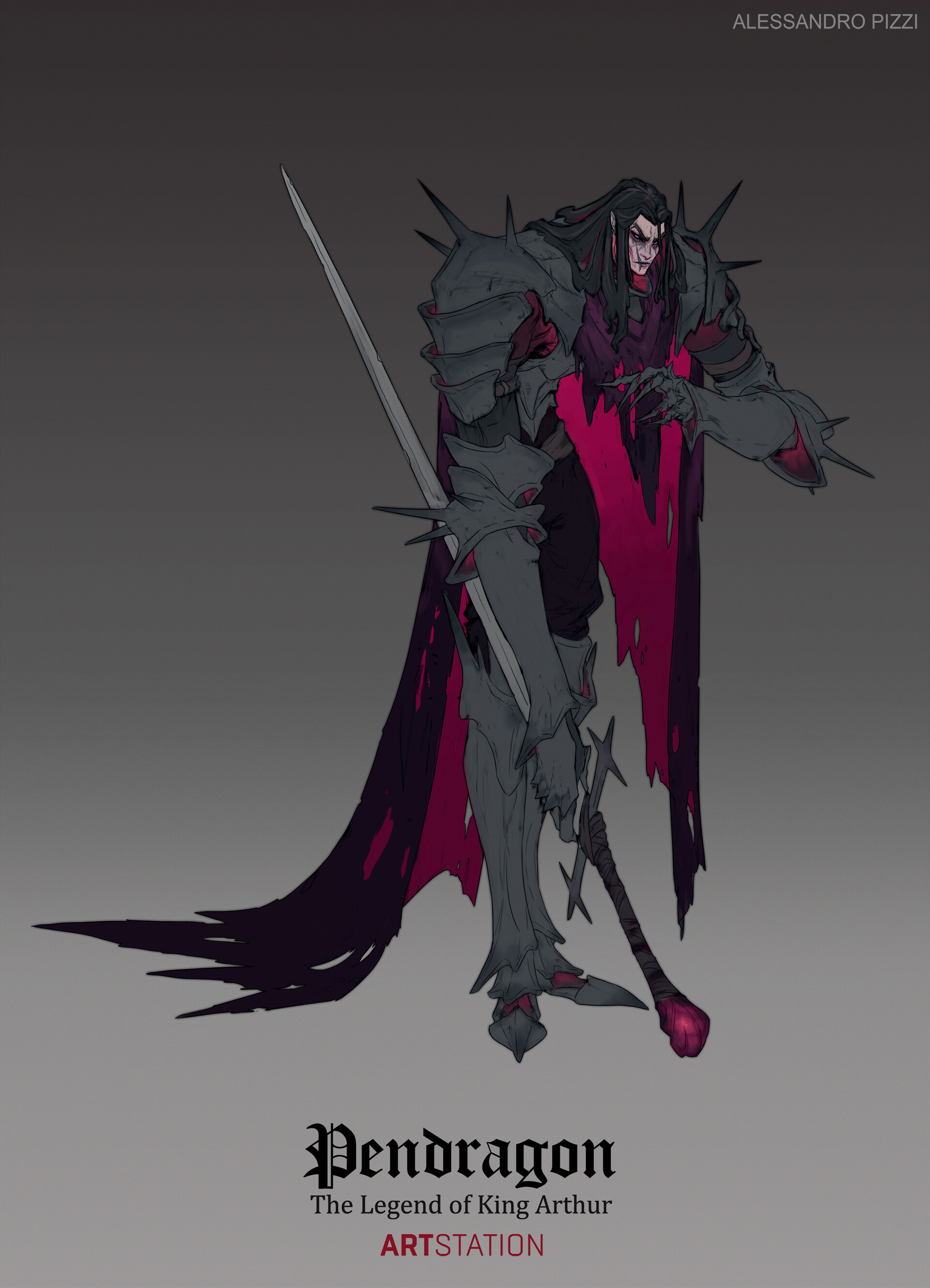 Pedro: The most difficult part was definitely trying to make the characters work relative to each other, as I described previously. Of all the time I spent working on this project, 2/3 was making character design variations. I had to work on all of them simultaneously in order for them to work together. Having an idea for one character would either work along with the other characters or work against them. With every new element I added to a character, I would jump to the other characters to change their designs to work with this new element. That process was a real headache, but it was super fun! I really learned a lot from working on this project.

Alessandro: The hardest part was time management and balancing research and actual work. This time around the theme of the challenge required a lot of research, and finding the time for it while drawing every character and the keyframe on top of regular work resulted in many sleepless nights.

Tony:  I can’t say that something was difficult. I usually approach competitions and challenges at ArtStation as a good pastime. You can look at a lot of cool work, have fun and at the same time practice your personal ideas. When you have fun, it is difficult to find difficulties somewhere. I approach challenges as a positive event. 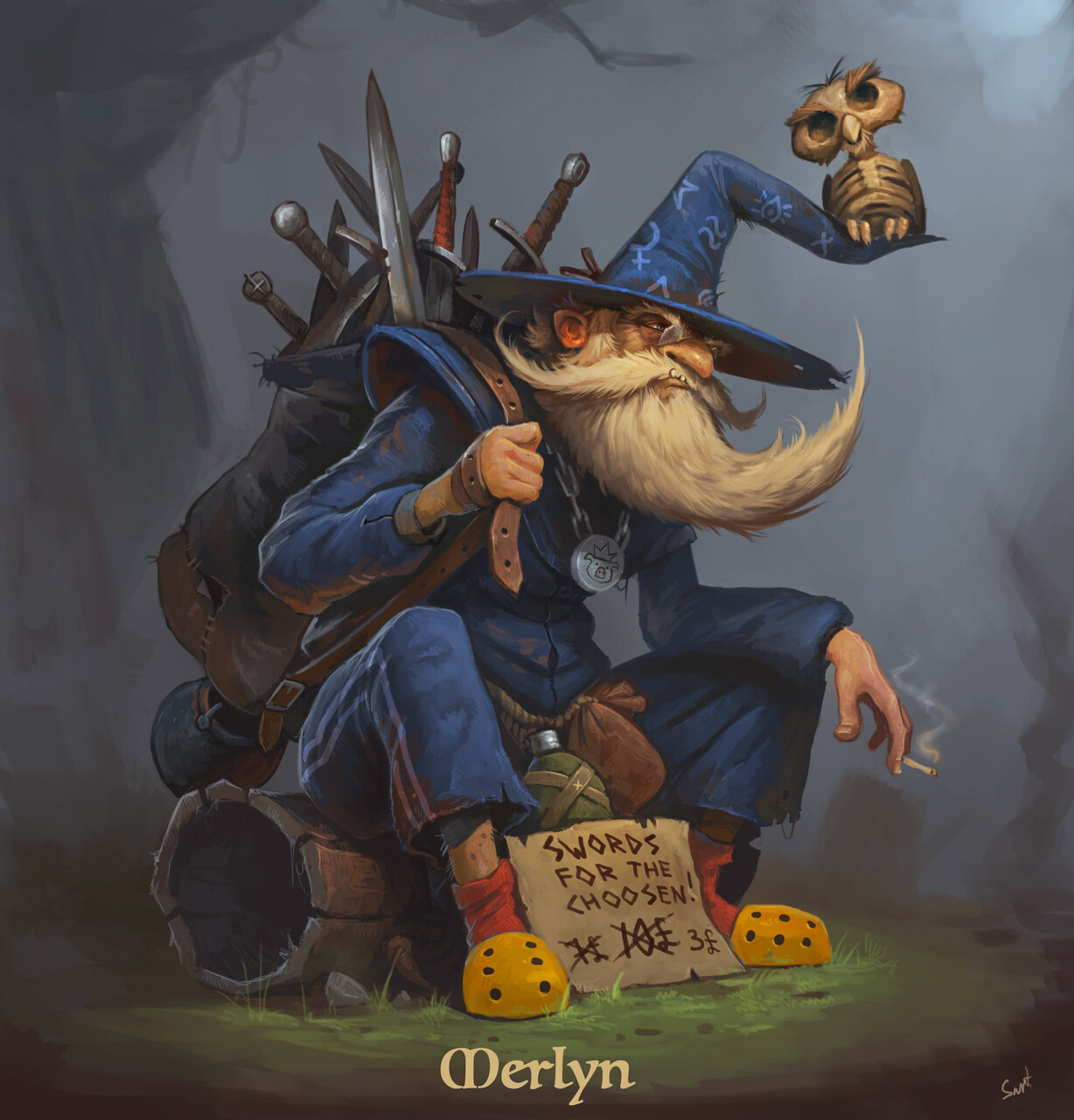 Pedro: Stay true to your ideas and commit to them. A friend of mine taught me that if you are stuck with a big project, be honest with what you initially proposed and finish it with that objective. This is something I’m still trying to work through as well. With personal projects, I struggle a lot with actually finishing them. Often I let myself get influenced by new references and new ideas throughout a project and I end up changing everything I already worked on. You end up in an endless cycle of new ideas and limitations where you work a lot and nothing gets done.

For this project, it was easier to commit to my limitations and ideas mainly because of time constraints. I literally didn’t have the luxury to come up with better ideas. So if you want to make a big project, never distance yourself from your objective. Commit to it and finish it.

Alessandro: Plan, check the popular submissions, get plenty of coffee and most importantly, have fun! Planning ahead takes a lot of weight off your shoulders, and working on every character at the same time prevents you from feeling overwhelmed near the deadline. Checking the popular submissions will help you make sure your work is original and fresh. Work hard, experiment, and have fun!

Tony: Do what you like. It is difficult to make the character come alive and be interesting if you are disgusted with the chosen style. 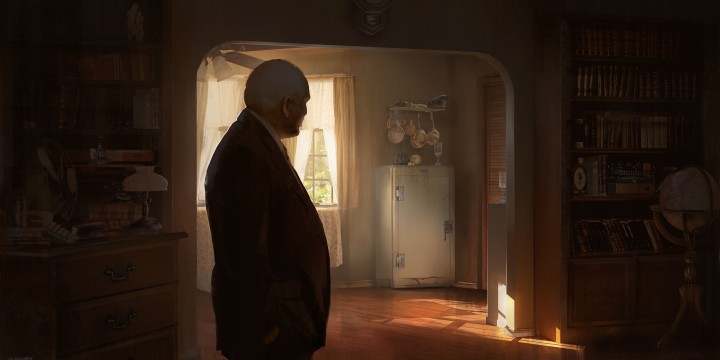 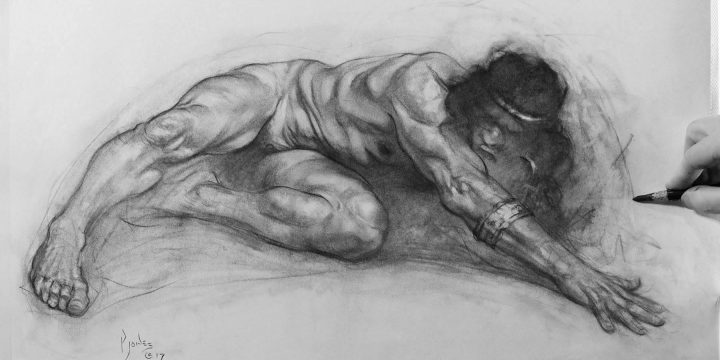 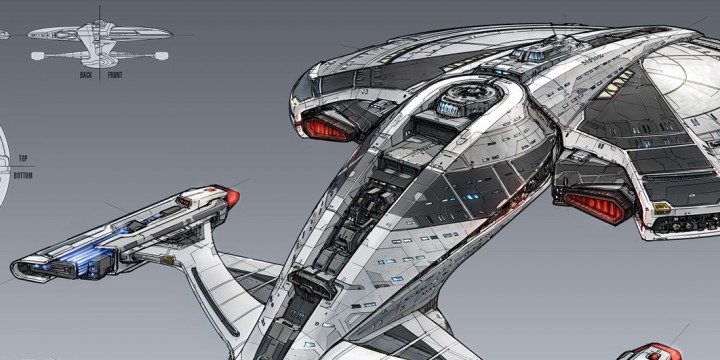