Bob Cheshire is the passionate concept artist behind Hollywood blockbusters such as Star Wars: Rise of Skywalker, several Avengers movies, and the upcoming Jurassic World: Dominion.

Having started his career as an art teacher firmly grounded in traditional art, Bob remains a keen educator and knowledge sharer. Based in the UK, he taught art and design for several years before moving into freelance art working for companies like the Merlin Entertainment Group, where he helped come up with concepts for attractions and theme parks. In 2009 he began his first games industry concept artist role at Blitz Games. A few years later he had the opportunity to be seconded to Wrath of the Titans before taking the step back into freelance work on films, and has never looked back.

“I’m very aware of the amazing fortune I’ve had to be invited to work on so many of these blockbuster titles,” Bob admits. Despite his success, he continues to believe in hard work, persistence, the importance of well-being, and finds inspiration everywhere!

Below he gives us a glimpse of working as a Concept Artist and his use of Corel Painter.

What does a Concept Artist for movies do?

It depends on who you ask, but I think of concept art as visual storytelling. Everything we do is in service of the story. We work closely with the production designer whose responsibility it is to steer the visual direction of the title, but depending on the project, we could also work directly with the director. We also work with incredible art directors as they take the concepts further and create buildable sets.

Concept artists will turn over ideas through sketches, thumbnail paintings, black and white compositions and diagrams — It’s not about just creating pretty images – the artwork serves the purpose of finding the desired visual language. I always say that concept art is a question mark, not a full stop. Tell us more about the concept art process while working on a movie.

Early in the process we’re very much concept artists as we’re establishing, albeit loosely, things like mood, shape, light, colour palettes and so on.

But very quickly it becomes about concept design because things like ‘mood and shape’ will only get you so far. You have to start wrestling with proportion and scale, and the relationship of spaces, colours and surfaces, and how that ultimately communicates to the audience.

Once a visual language has been settled upon, the process becomes more akin to concept illustration or production illustration, which is exemplified by the more ‘polished’ artwork.

It’s a team effort, with the concept artists/designers and art directors working in support of the production designer, and ultimately the story. A director will look at artwork and ask, “how will this help me tell my story”?

Who or what has been your inspiration in your concept art journey?

I’m a big believer that we are each a product of our environments and experiences. From my amazing art teacher at school who helped me discover art, to paintings in national galleries around the world that use the same visual storytelling techniques as film. From the incredible movies I grew up with such as Indiana Jones, Star Wars, Bladerunner, Back to the Future, Jurassic Park, to other amazing concept artists I look up to. All these sources have become part of my psyche and visual vocabulary over the years and have inspired me to express myself through art. 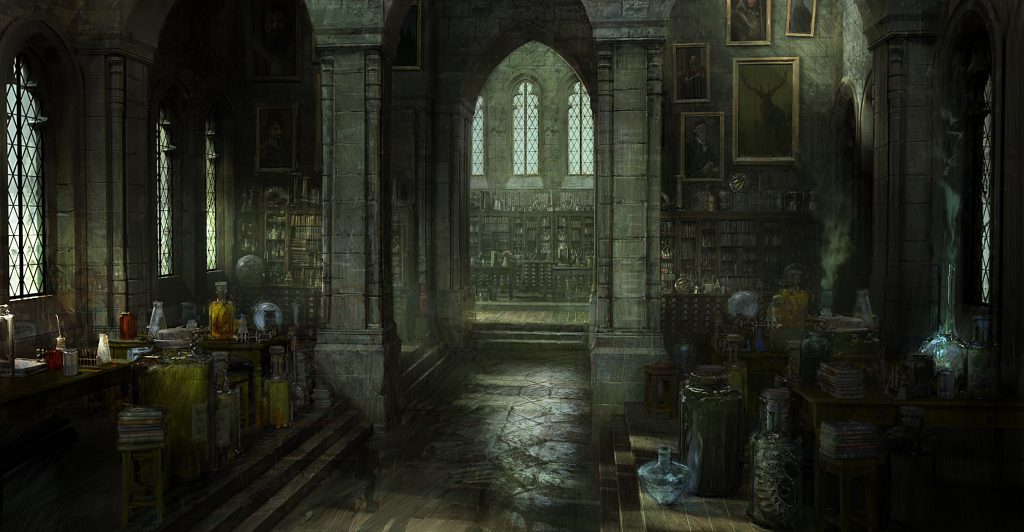 What has been your favorite project and why?

Easy. Star Wars. Why? Lots of reasons. I have always been a big fan of the series. But, as incredible as it was to work on The Rise of Skywalker and be able to walk on to the Falcon, or Kijimi or a Star Destroyer, I absolutely loved the art department and the other artists on the project, like Jon McCoy and Adam Brockbank. Working with the fantastic Rick Carter, Kev Jenkins (co-production designers) and Paul Inglis (the Supervising Art Director) was an educational experience. I’d not worked with JJ Abrams before, but he is brilliant. He values the artwork. He’s very perceptive, fair and thinks very visually.

How does Corel Painter help in giving life to your ideas? Any favorite tools or brushes?

I remember pouring over The Art of Star Wars books, and seeing Painter mentioned again and again. It’s actually how I first found out about Painter and I thought – I’ve got to get myself this software. I’ve used it ever since and on every movie title I’ve worked on.

The brushes are incredibly good and the closest thing I’ve found that replicates the feel of real media. I enjoy drawing with the 2B pencil and recently I discovered the ‘Concept Art’ brush — it’s a new favorite. I draw with it, paint with it, block out shapes and compositions with it – it’s a great, versatile brush. I find the custom palette very useful to ‘park’ my favorite brushes in.

What has been your experience being a freelance artist for movies during the pandemic?

As a freelancer you get used to planning for gaps between jobs, and you financially plan for them too because it’s inevitable. But, just as the UK went into its first lockdown I finished working on Jurassic World: Dominion and was left looking at an unprecedented empty hole of a schedule in front of me. Nobody knew how long this was going to last or what was going to happen. It was scary for all freelancers.

But, jobs are like buses it turns out. There was nothing for three months as the world asked “what’s going to happen?” but then several offers came in all at once. Studios and production companies started to open up in a very, very, cautious and strict manner, following a very tight set of procedures with new infrastructure and routines for both cast and crew. Because I’m able to work remotely (and have done many titles like that before) I was able to start up again without those extra concerns.

Things have ramped up quite fast. Right now I believe there are over 30 titles in production in London alone. It’s so busy many of these titles are finding it difficult to crew concept artists and I’ve had to turn down several opportunities.

How do you balance delivering a high-quality output with meeting tight deadlines?

I feel artists have a default setting to question our work a lot. It’s never good enough, and we feel we must constantly improve. That’s not a bad thing as long as it does not negatively impact our well-being. My days are long, often 55-hour weeks. It’s a job that demands high performance along with consistency and creativity, all while watching the clock. So, I am mindful of my own ‘barometer’ and I protect myself as much as possible, which I’d argue is a very important skill.

If you could give one piece of advice to budding concept artists, what would it be?

It’s essential to accept failure, then reflect, learn, modify and try again. I think what you actually need to be able to do that, is tenacity. You could be great, but if you give up sooner than the person next to you, who do you think is going to get there? Be tenacious. Don’t give up!

Find out more about Corel Painter. 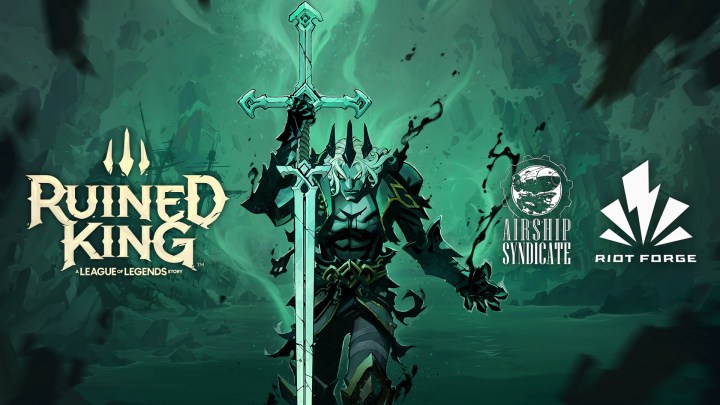 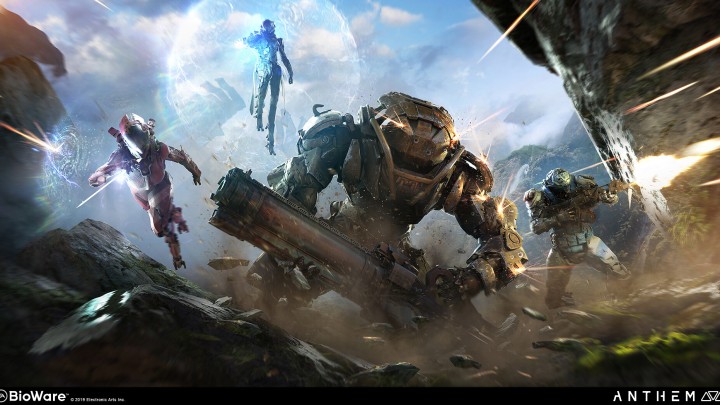 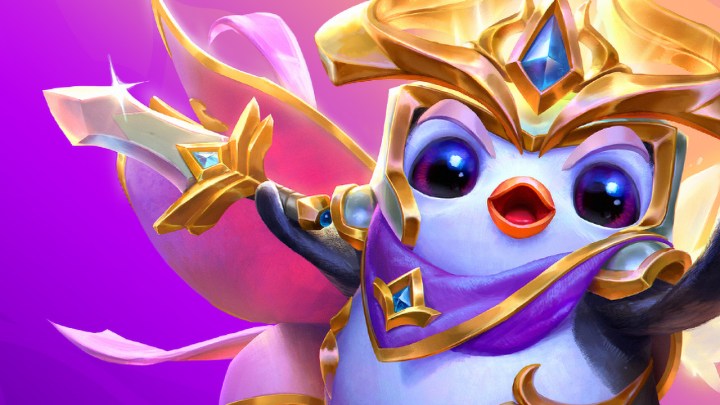