It’s a Gate: The Modelling Behind
Diablo IV’s “By Three They Come”

At the beginning of BlizzCon 2019, the lights fell over tens of thousands of people in the Anaheim Convention Center as the blue-hued countdown to the show slowly turned red. The sound of wind, bells tolling, a burnt wooden door slamming repeatedly against its frame. The hysterical, breathy, frightened prayers of a cleric punctuating the air, and with that, the world of Diablo IV was finally revealed to the world. “By Three They Come,” the announcement cinematic for Diablo IV from Blizzard Entertainment, was a labor of love 16 months in the making, and for the Blizzard cinematics modeling team, it was a dream finally realized. “We’re all such huge fans and we really wanted to raise the bar,” said modeling supervisor Shannon Thomas. “The Diablo team was excited about it, J. (Allen Brack, president of Blizzard Entertainment) was excited about it—it wasn’t hard to get people excited about it. Eight minutes, four people in a dungeon raid, they’re all going to die, one of them is a shapeshifter, and Lilith comes through a blood drum. It was an easy pitch!”

When Shannon puts it that way, of course it was, but when the team saw the first storyboard, they couldn’t believe the scale, the content, or the boundaries they’d have to push to achieve what they wanted. “Everyone around the halls was like, holy shit, I can’t believe we’re making this!” Shannon recalled, laughing. “Are we going to even be able to show it? We understood the environmental challenges but for this piece, what was really going to be difficult was the character performances, the dialogue, and the close-ups.”

From the beginning of development, performance was key. “There was a lot of character moments where the camera is in the character’s face and they’ve got to give convincing, human performances,” Shannon said. “So right from the start, mostly for animation, they wanted to be able to leverage real-actor reference. That’s why for this show, they chose to cast the actors mostly for animation reference, facial reference.” 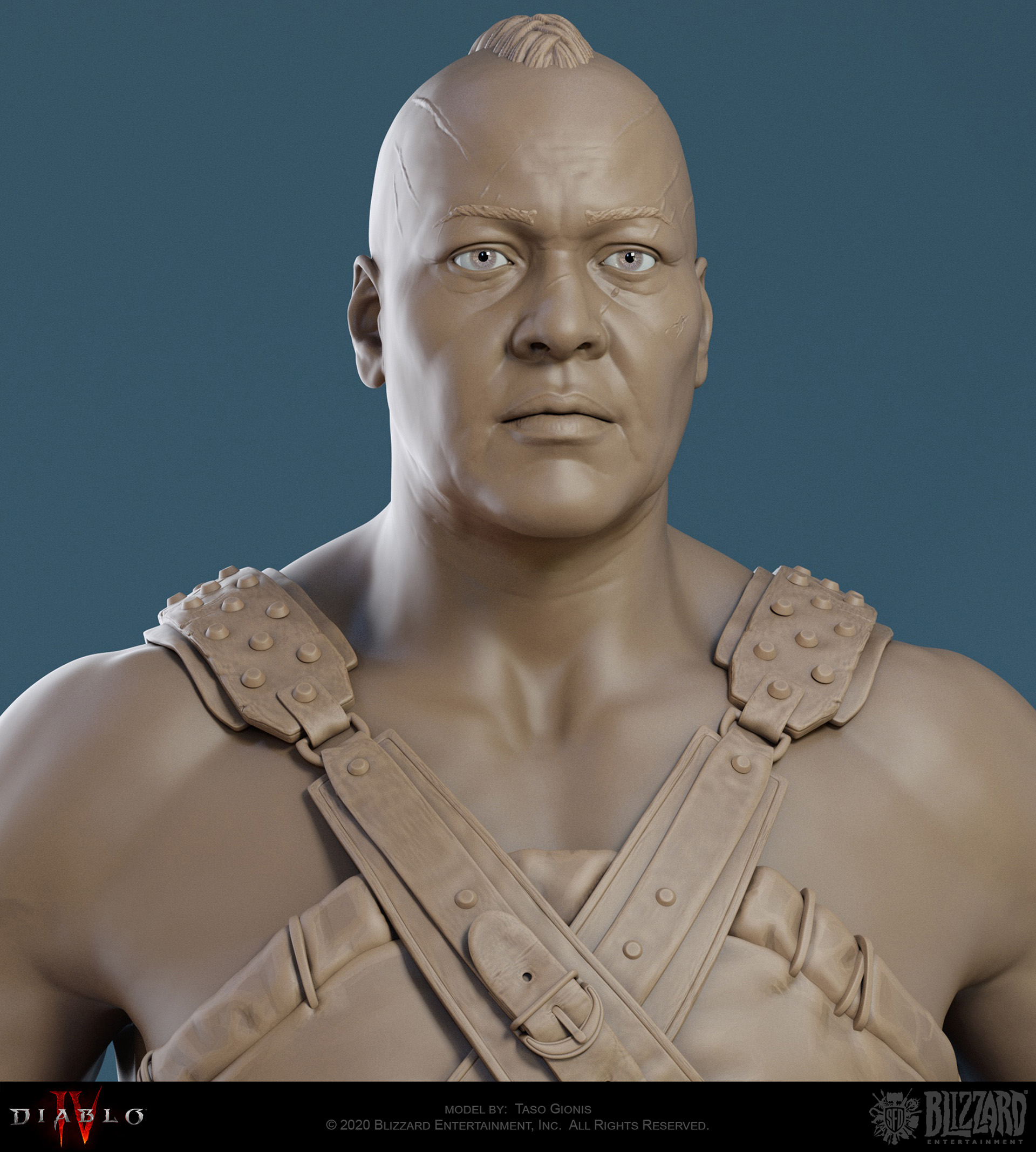 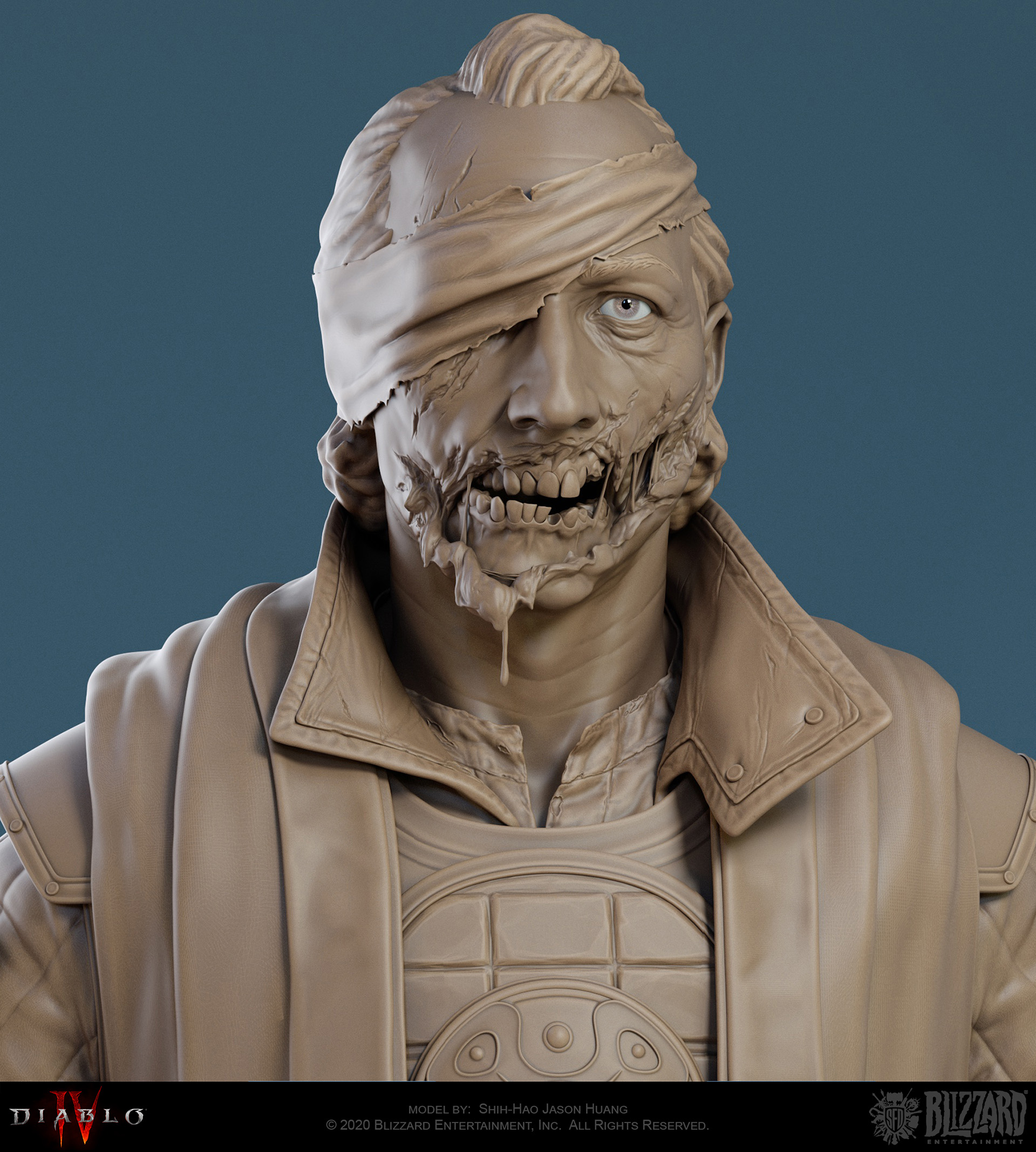 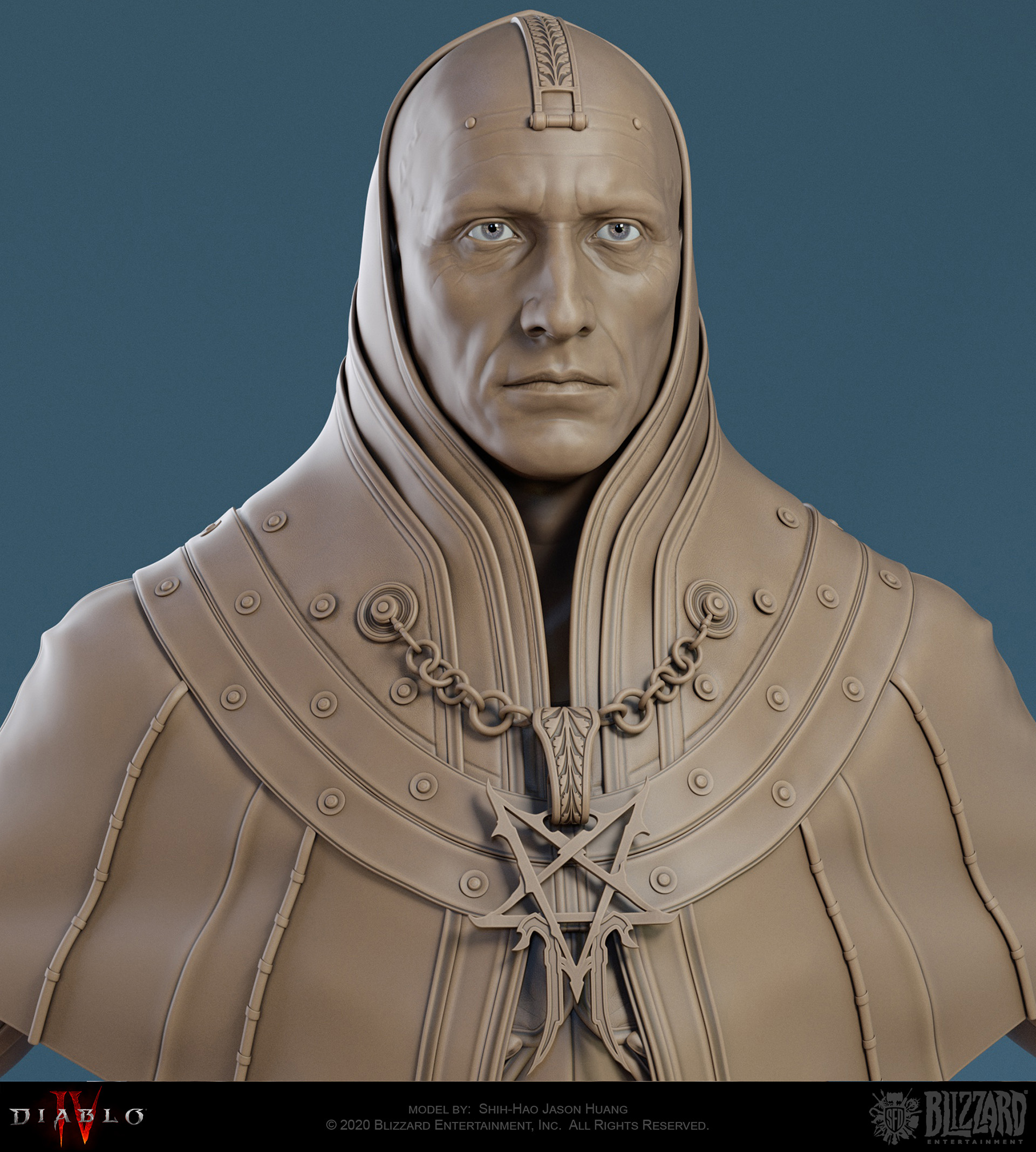 Jason Huang, the lead character modeler for the show, talked about his approach from a stylistic point of view. “At Blizzard, we don’t do photorealistic,” he said. “I remember for the Diablo Immortal announcement piece, when my brother Kenny (another senior character modeler at Blizzard) did his first sculpt exploration of the Wizard’s face, Jeff Chamberlain (VP of the story and franchise development team) was questioning if it was a scan. Jeff made it a point that we don’t copy real life one-to-one at Blizzard.” Jason explained that, for this cinematic and for the Diablo IV universe in general, he strives for hyper-realism. Although actors were cast for reference, the modeling team was also provided concept art—their task was to push the boundaries of realism back and forth between the actors and the art, both on a character-by-character basis and overall, until they landed in a perfect spot. 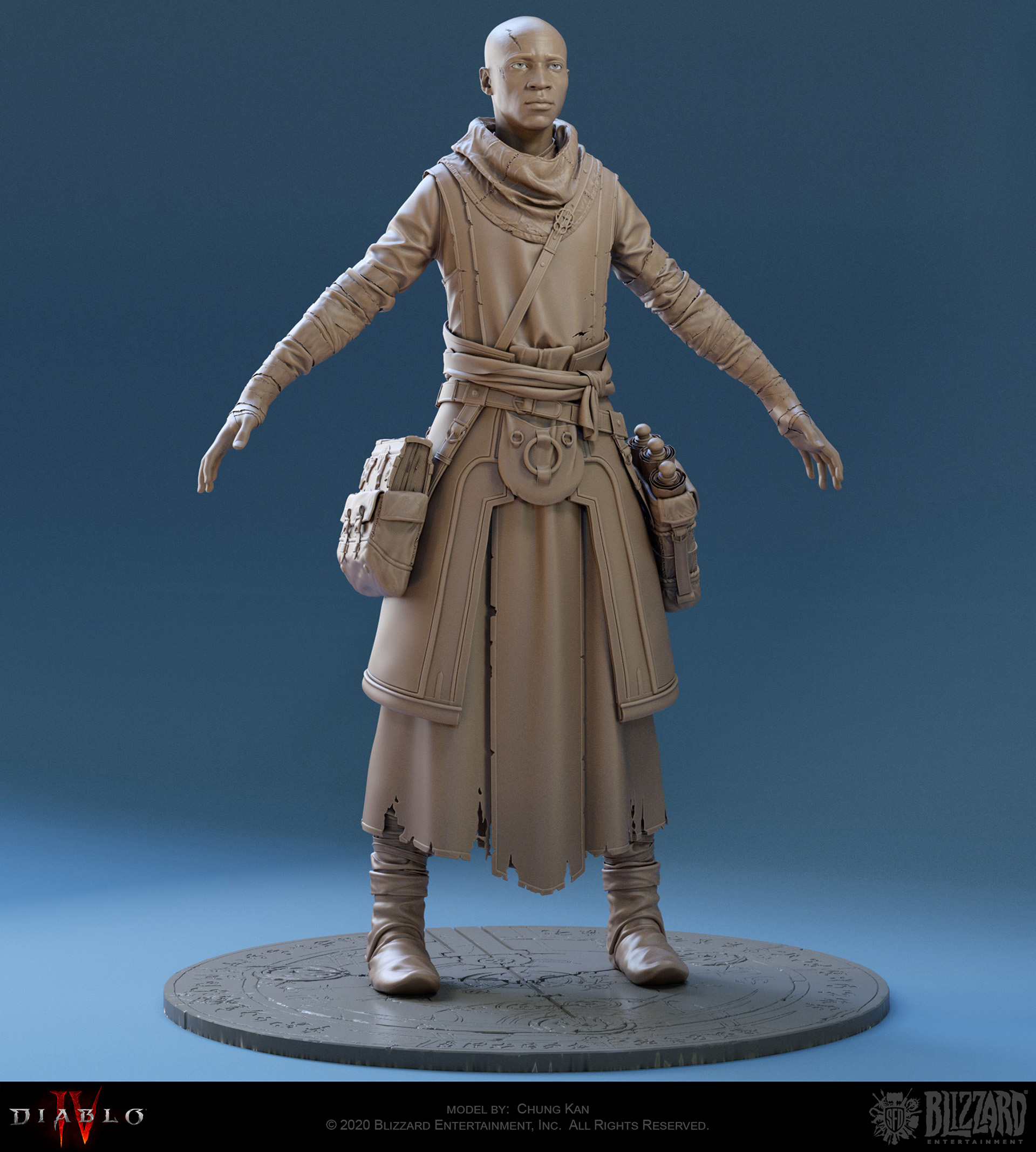 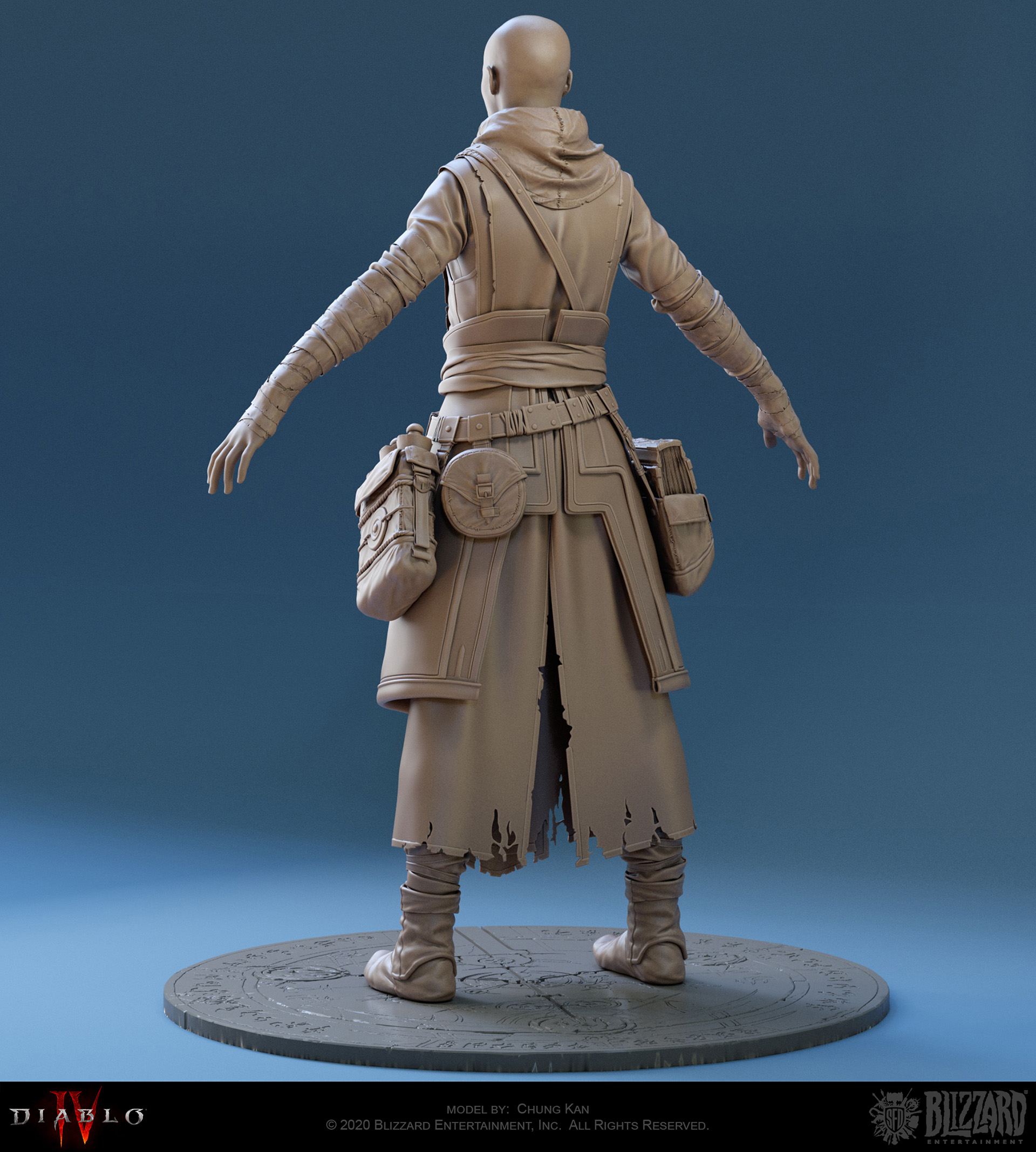 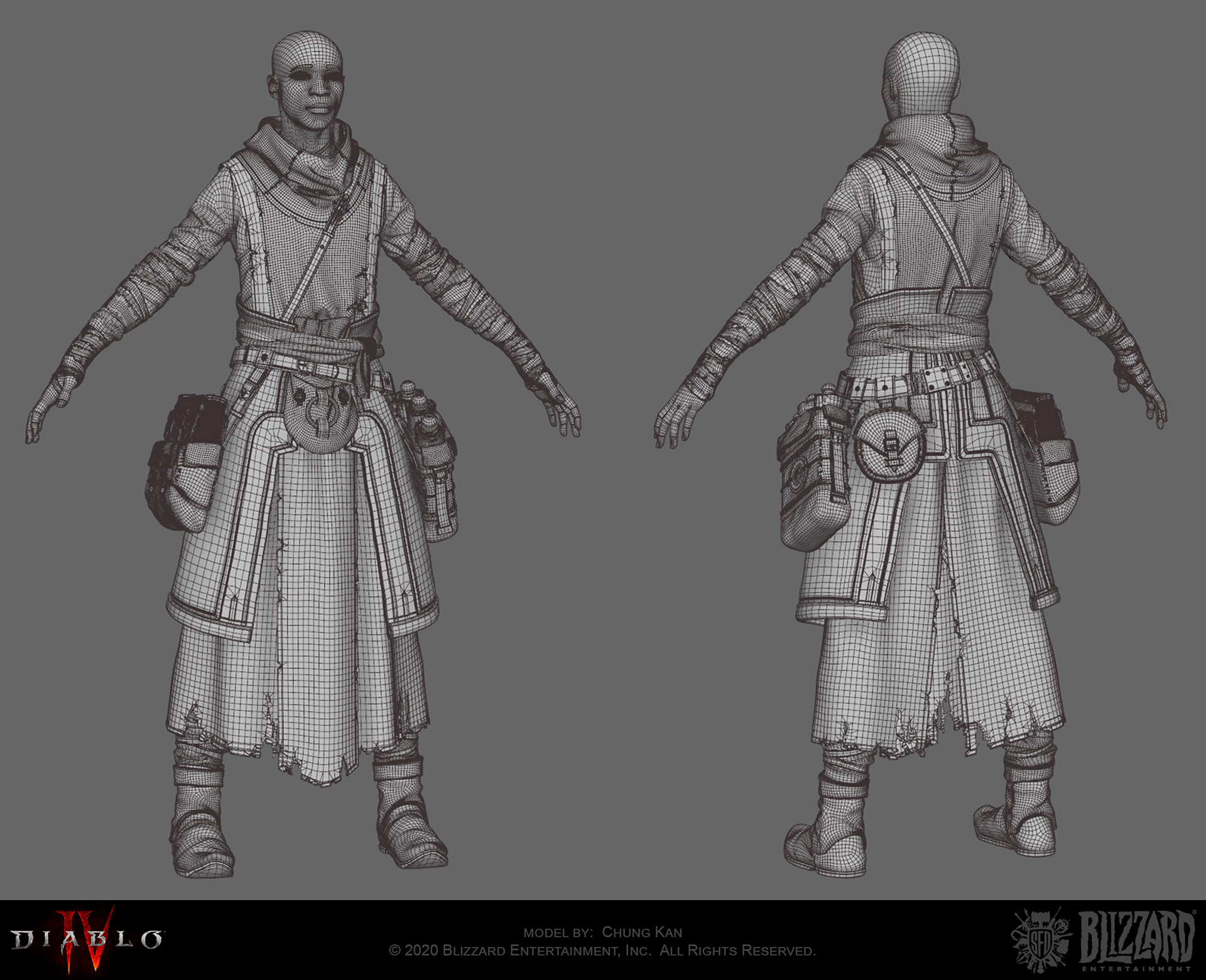 “For example, the Cleric was the character we adhered closest to the scan because the director loved the look of the actor casted,” Jason said. “So, for him, we were doing more nuanced enhancements, overemphasizing the details. The base forms were also stylized a bit, but not so much to change the look of the character.” For the Swordsman, Jason explained, he was able to push it much more towards the concept and away from the character. “Although, as I was changing his facial features to match the concept more, I was definitely not over-pushing his proportions or creating a cartoony look,” he said. “I was trying to push his facial features and proportion to better sell his character.

For example, I tried to give him these unnaturally drooping lower eyelids that were present in the concept, always being careful not to push it too much so it’s cartoony. This gave him a more worn-out, weary look without people thinking he looked unnatural. 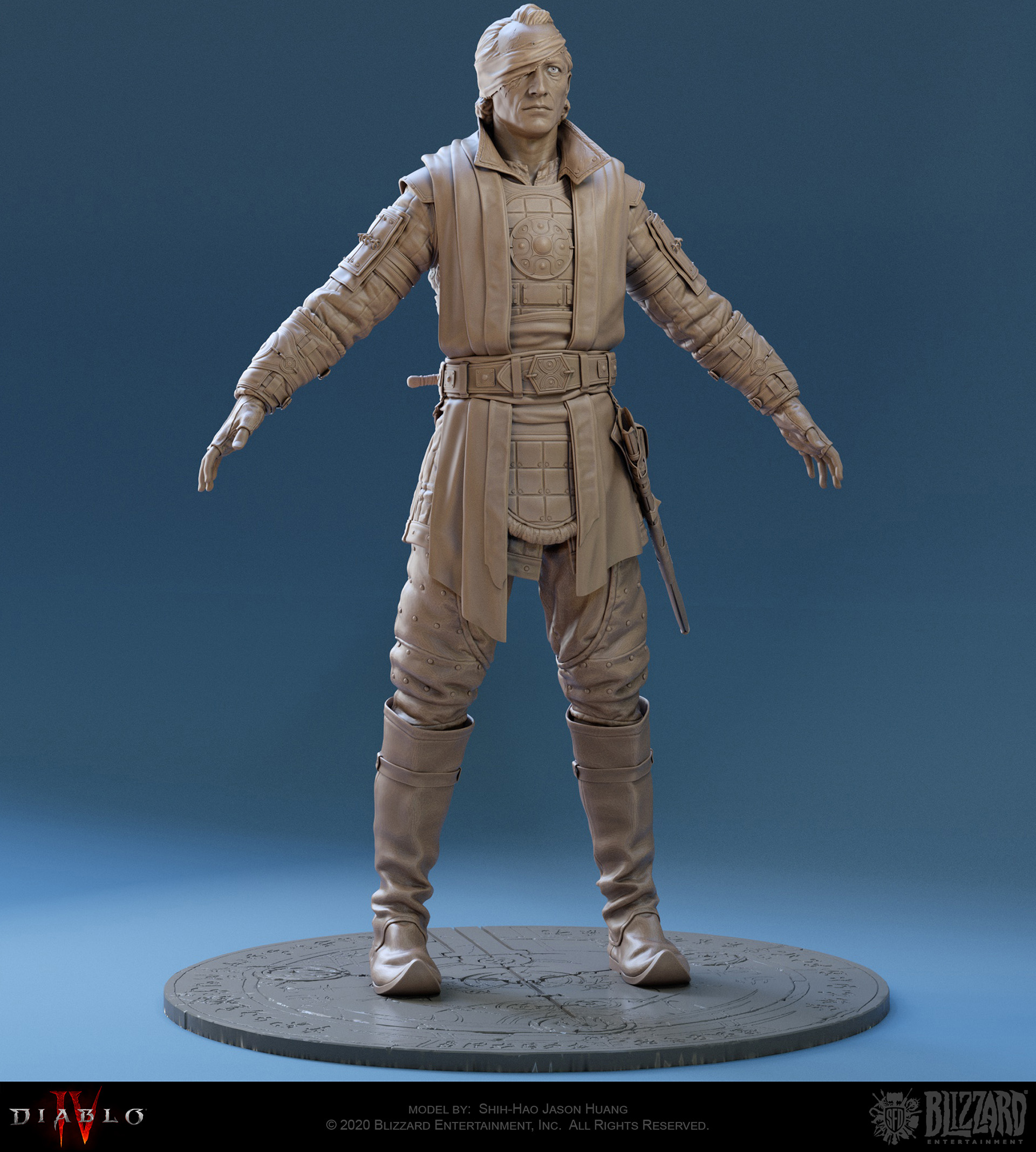 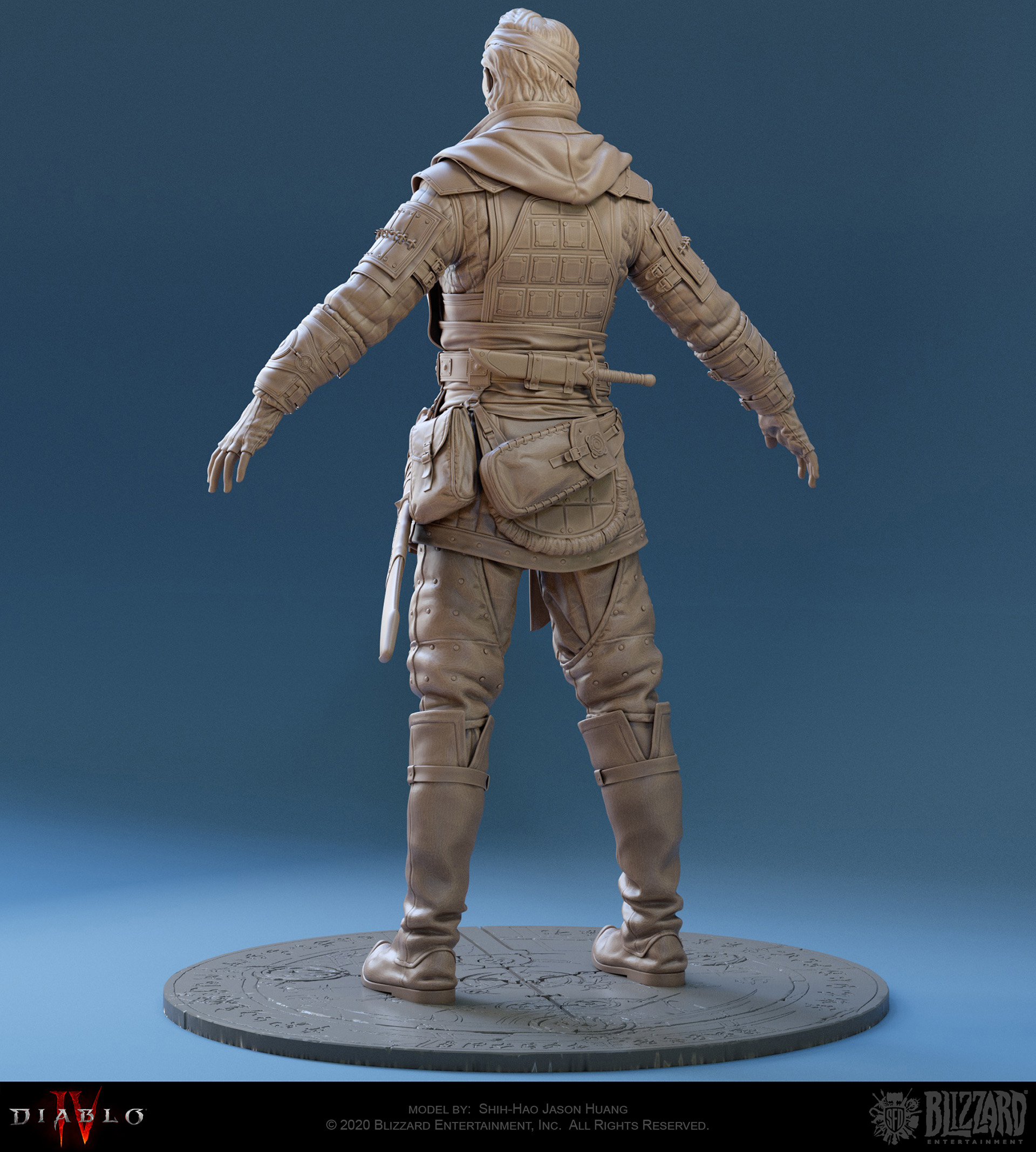 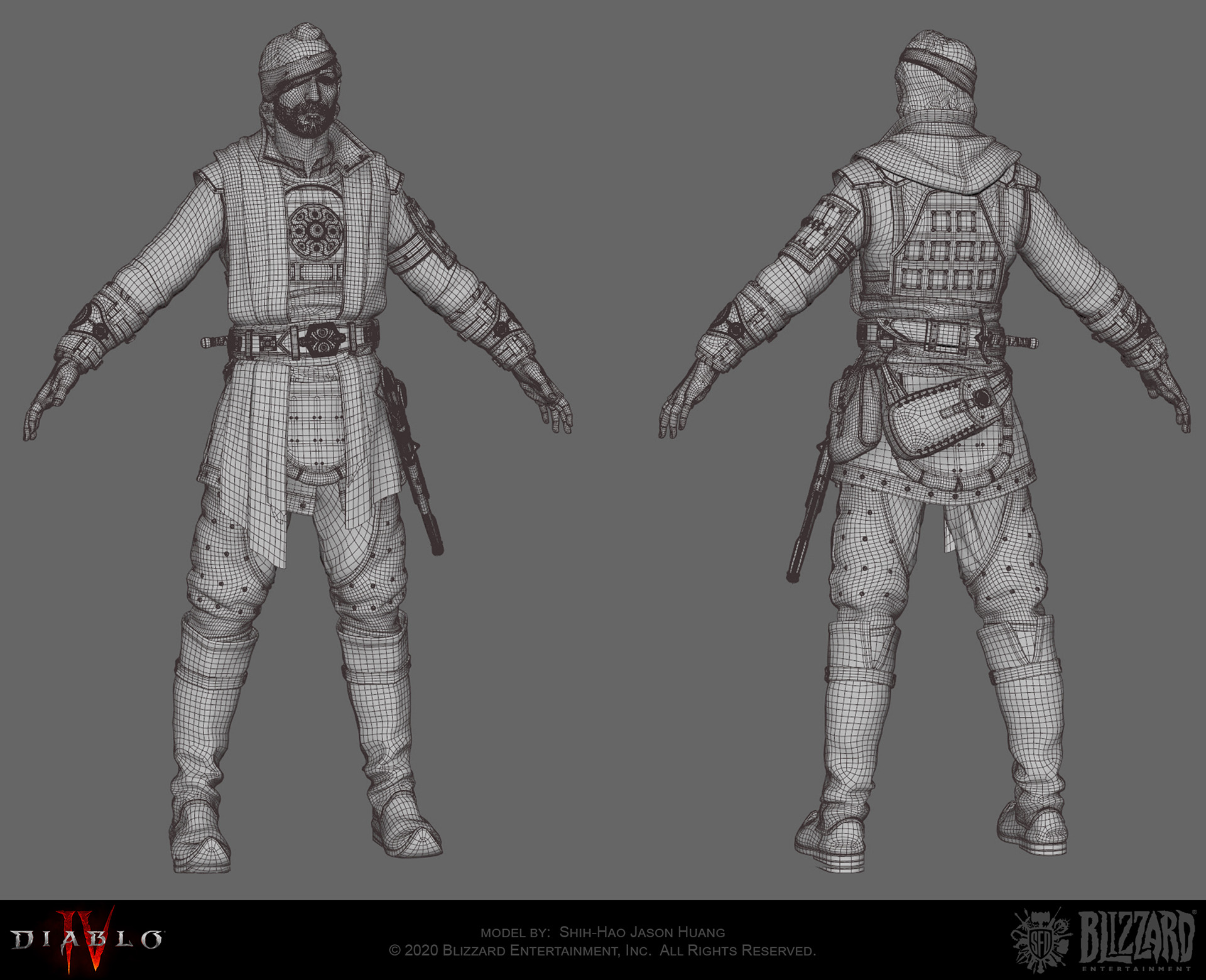 The female brute was another character where the director really liked the look of the actor, but we had to change her structure to better fit her body. She had a rounded face, so we squared it off a little bit.” Taso Gionis, another senior character modeling artist, also worked on the female Barbarian model. “A lot of it was making her more heroic, superhero-esque, and hyper-real,” he said. Taso’s expertise in anatomy came in particularly handy for all the under-the-skin details that were required for the level of fidelity the team wanted to hit. 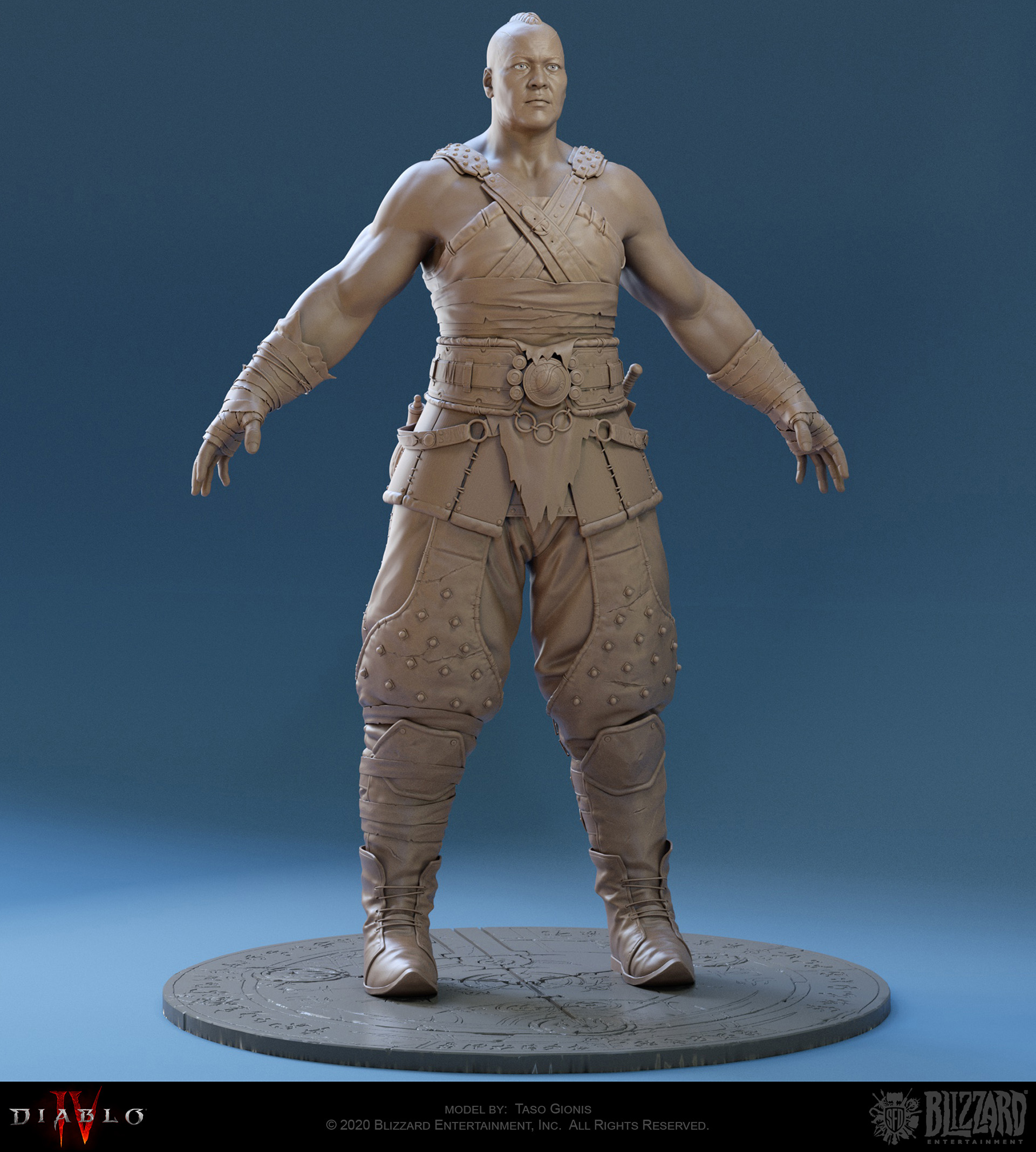 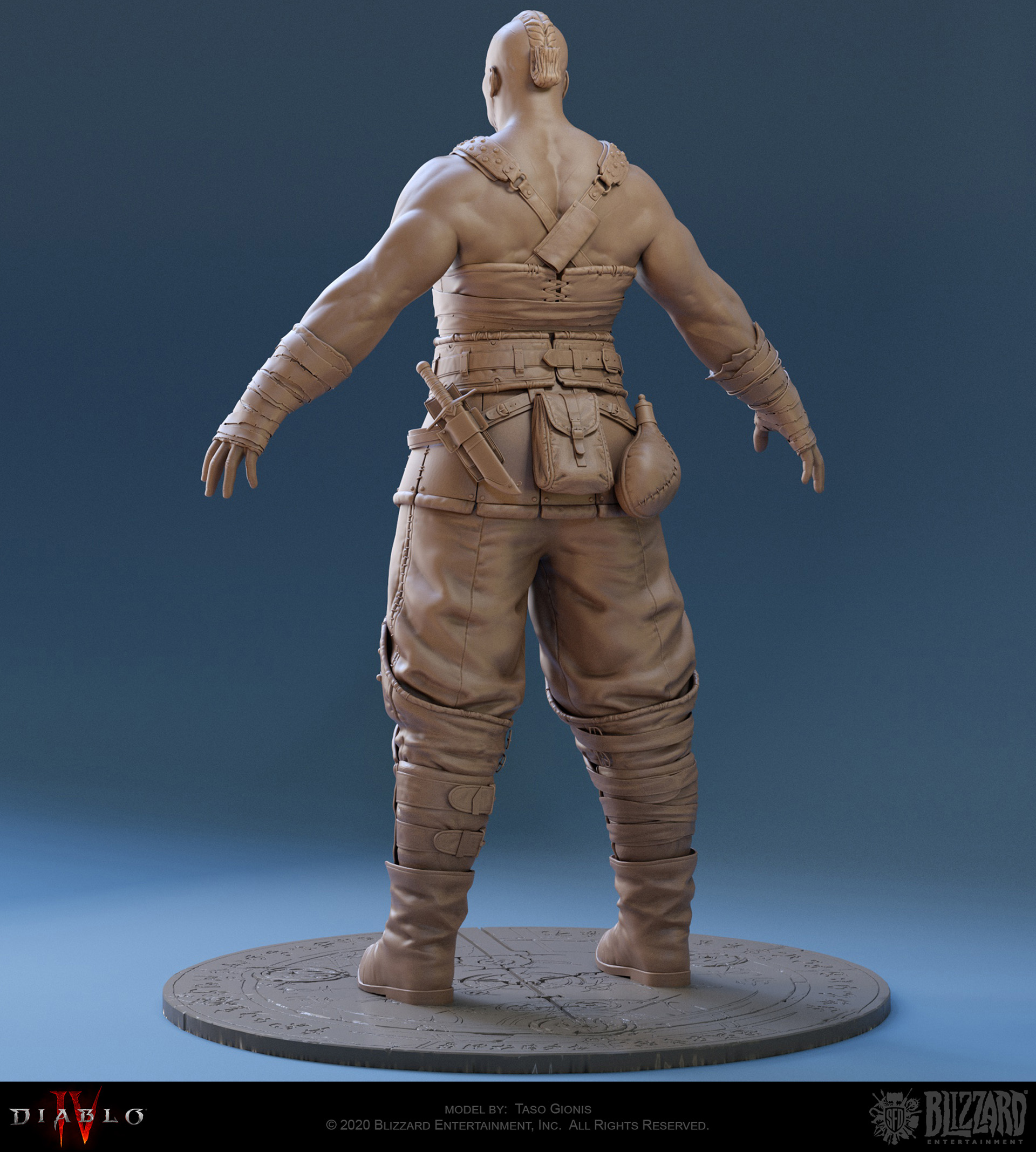 For the overall look and feel of the characters, the team was careful to push and stylize where they could to break away from photo-realism. “At Blizzard, going back to Warcraft, we’re always pushing it way more. StarCraft . . . no, StarCraft proportions are whack too,” Jason explained, laughing. “They have, like, massive shoulders. So, a lot of that stuff is what a lot of our IPs work with—very stylized but a realistic sheen. If you take Varian, the forms of his face are realistically rendered, but if you were to squint your eyes and look at him as a silhouette, he’s got huge shoulders, his chest is like a barrel. It’s not realistic. On Diablo, that’s where I would pull back—from the broader forms and proportions to the details like wrinkles, minuscule details. Let’s work with more subtlety.” 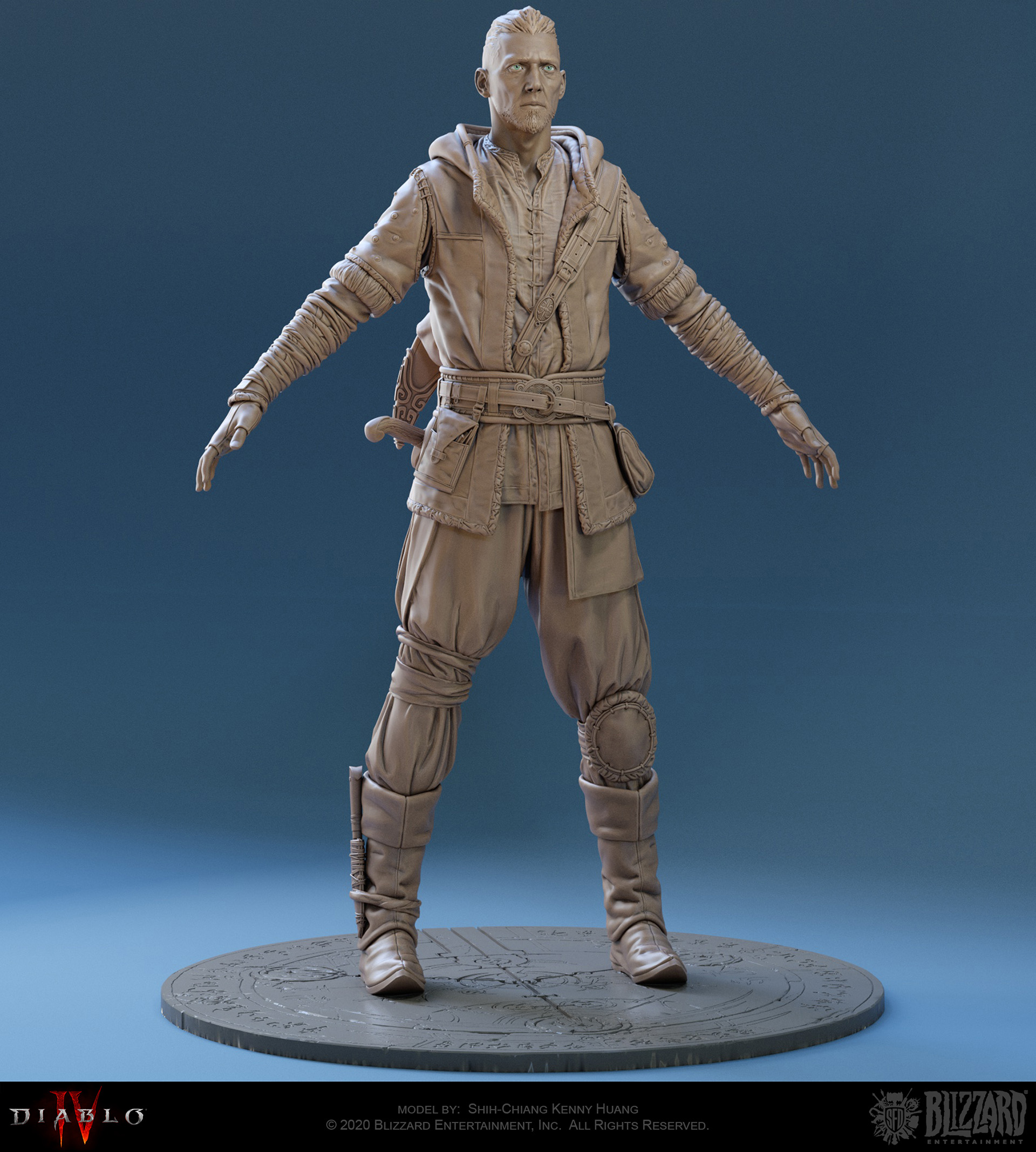 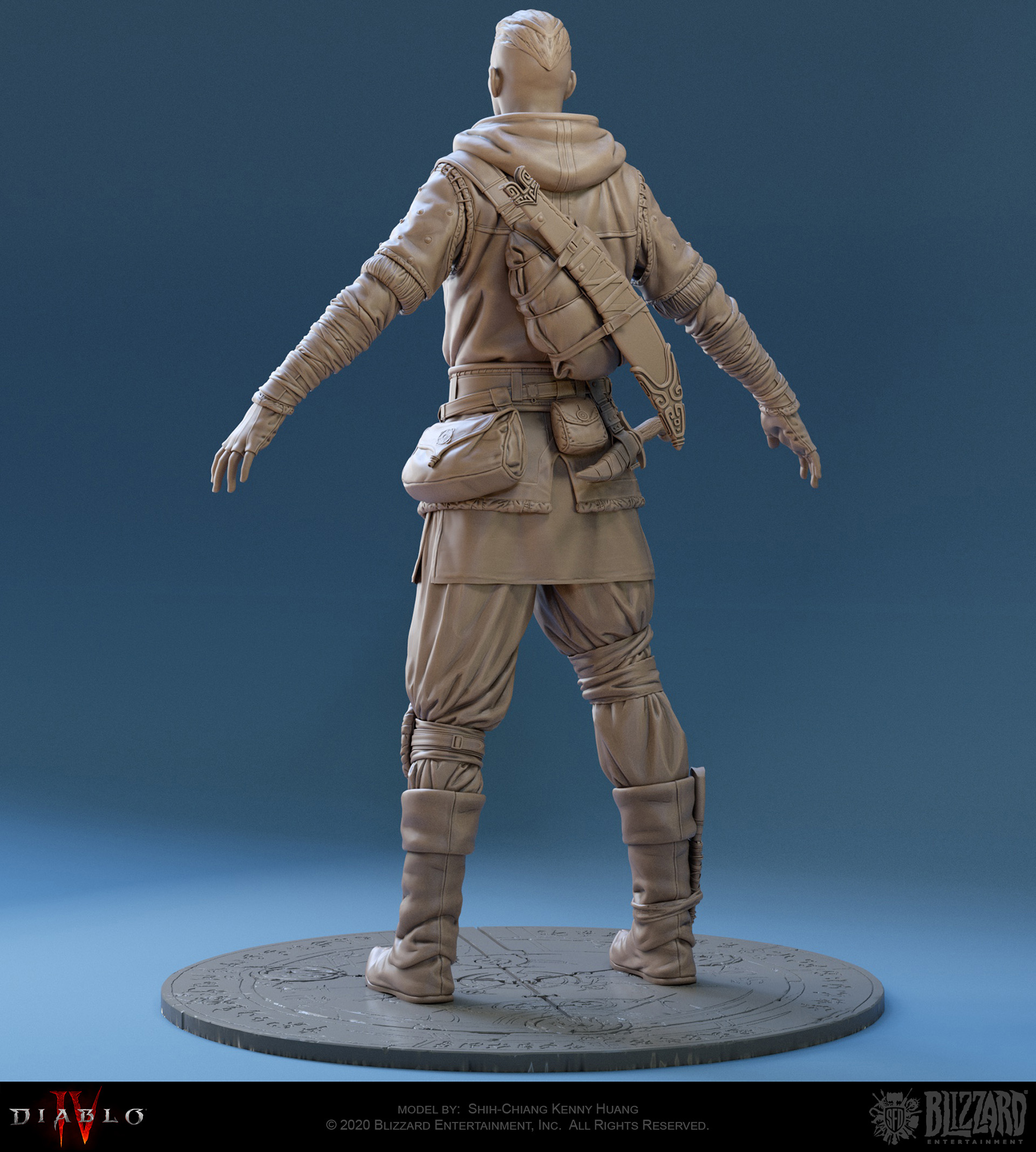 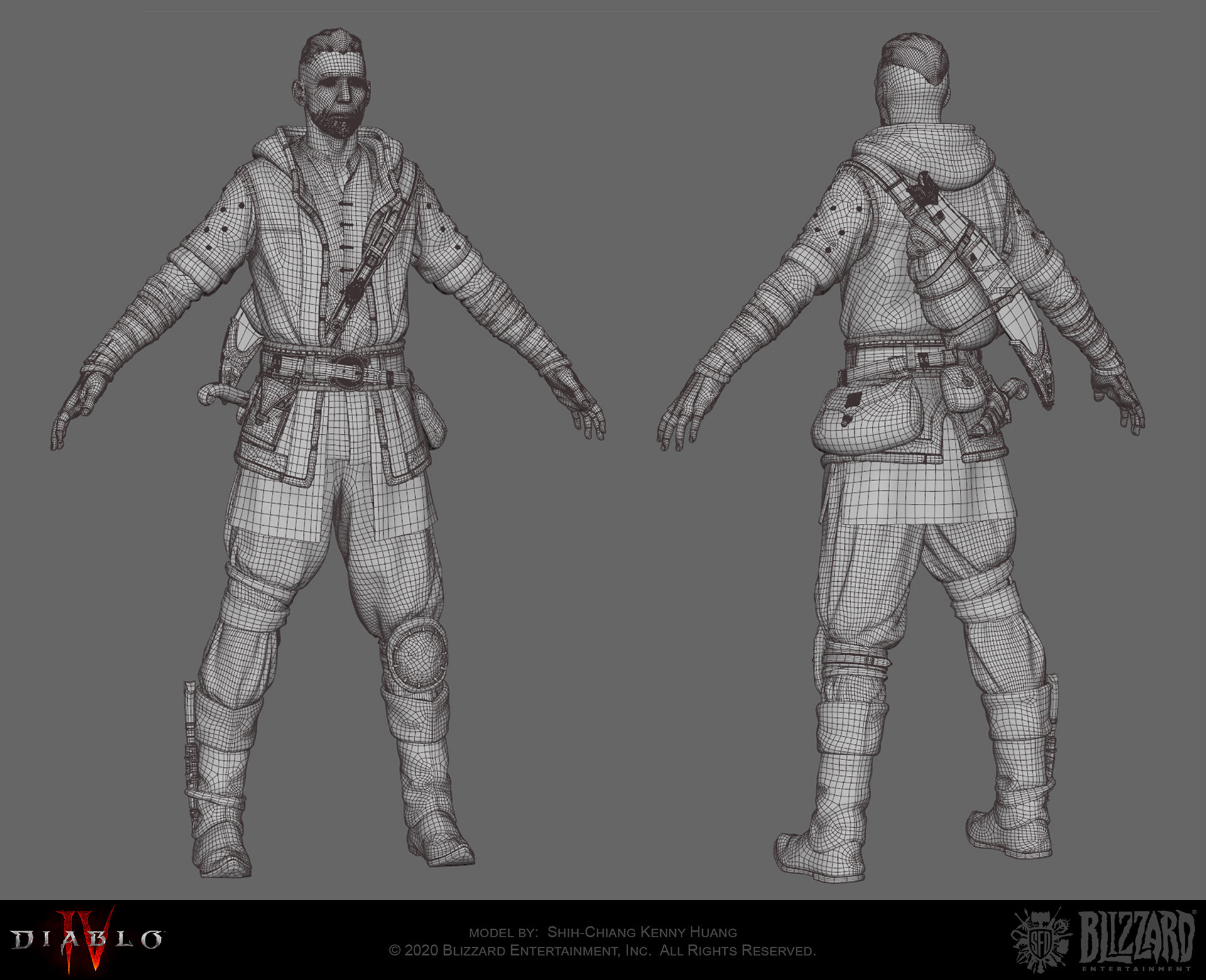 All the animations in “By Three They Come” were handcrafted, including the close-up facial animations. “We redid our entire facial system for that show, and we really upped our game in terms of the model fidelity level,” Shannon said. Jason agrees and says the show wasn’t without its challenges for him as an artist. “For every show we have done, there are different technical and artistic challenges that arise,” he said. “People are scared of the Uncanny Valley, but personally, I am scared of characters not being convincing or believable. They don’t have to be realistic, they don’t have to be live-action, but they have to be convincing enough that the viewer is not taken out of cinematic because there’s something off about the character. As long as these characters are believable in their world, in the way we are presenting them, then I am good with it.” 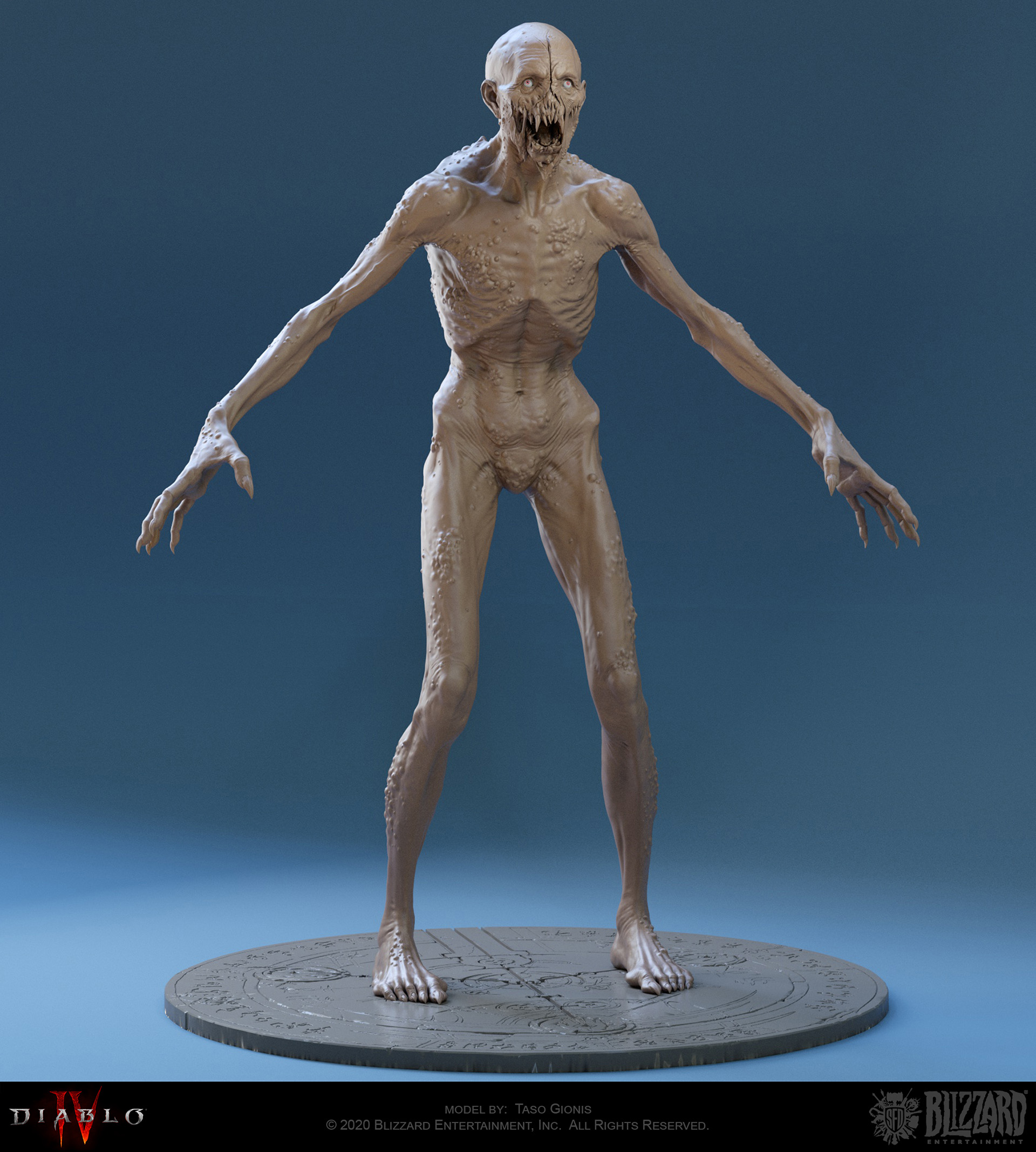 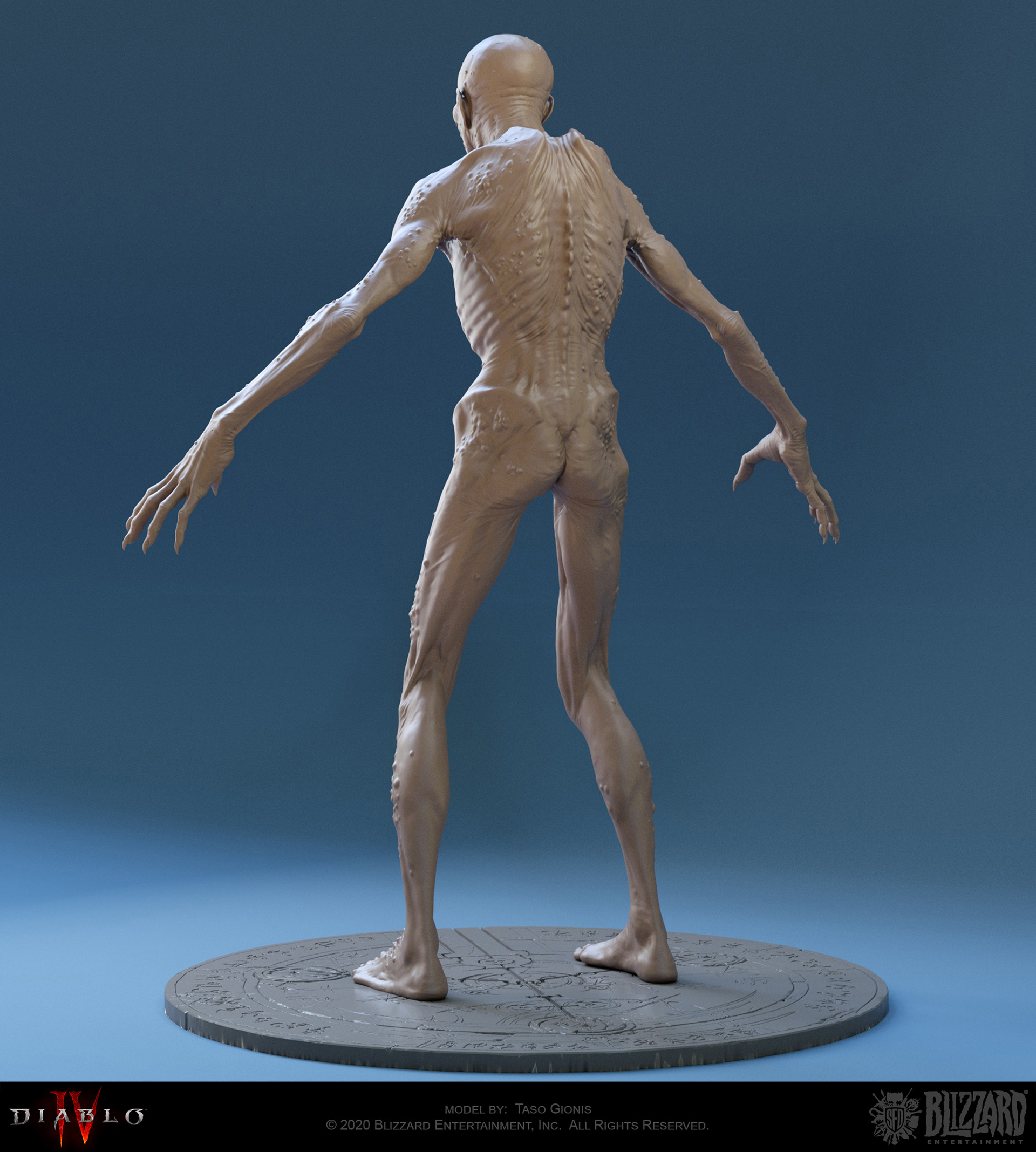 To achieve this verisimilitude for the facial animations, this required a lot of back and forth between the modelers and the animators. “They will do an initial pass of the face shapes with their tools, and we as modelers and sculptors would add that extra pass to make these shapes more anatomically correct,” Jason explained, saying his team’s knowledge of facial anatomy and form was vital in this process. “We put all that back into the rig, they’ll test it, see how it works. To get a facial performance, even though we’re trying to hit realism, when we do the work, it’s broken down into many, many parts that don’t necessarily look great or real individually. But when you put it together, then that’s where it actually looks convincing.” 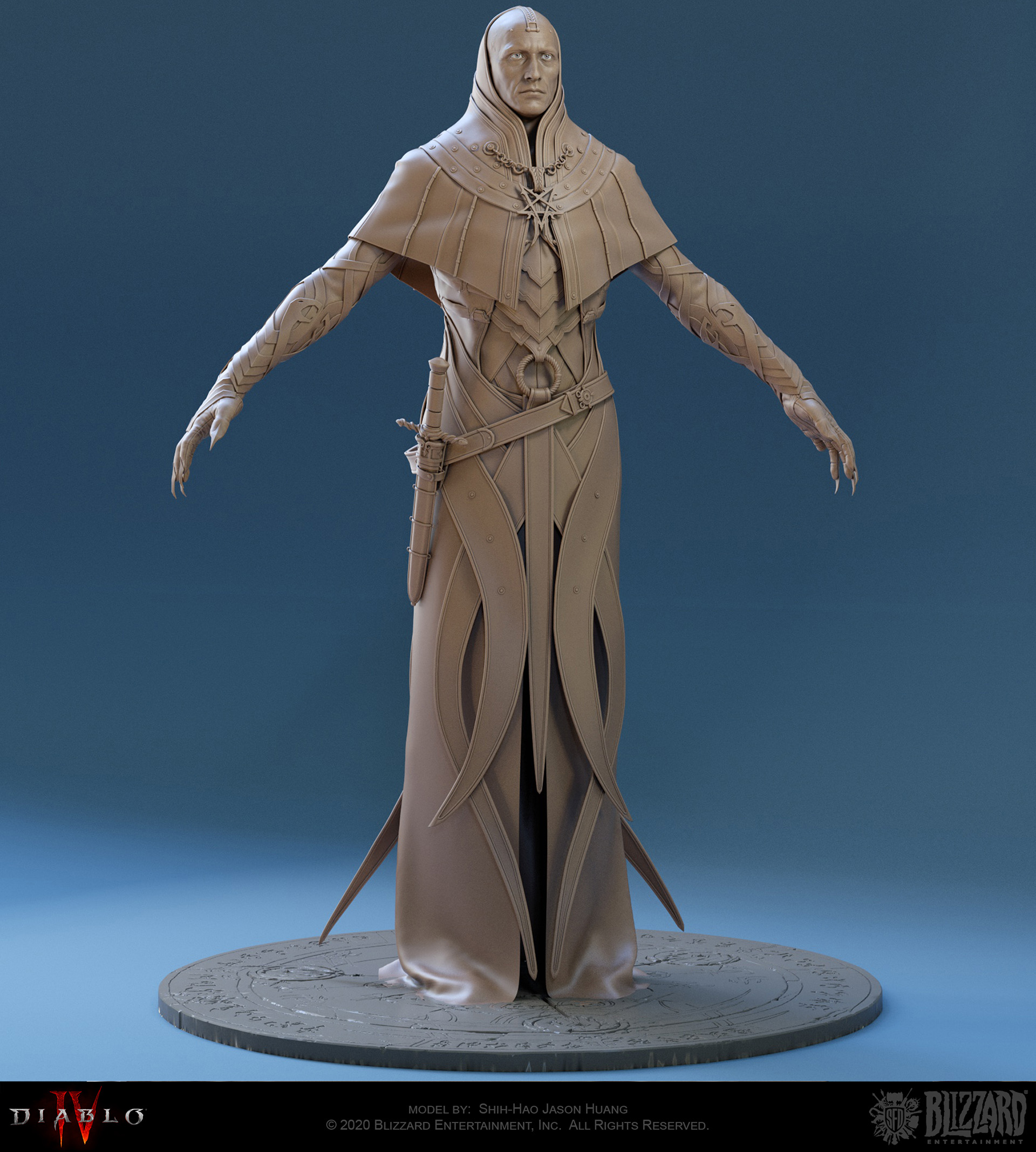 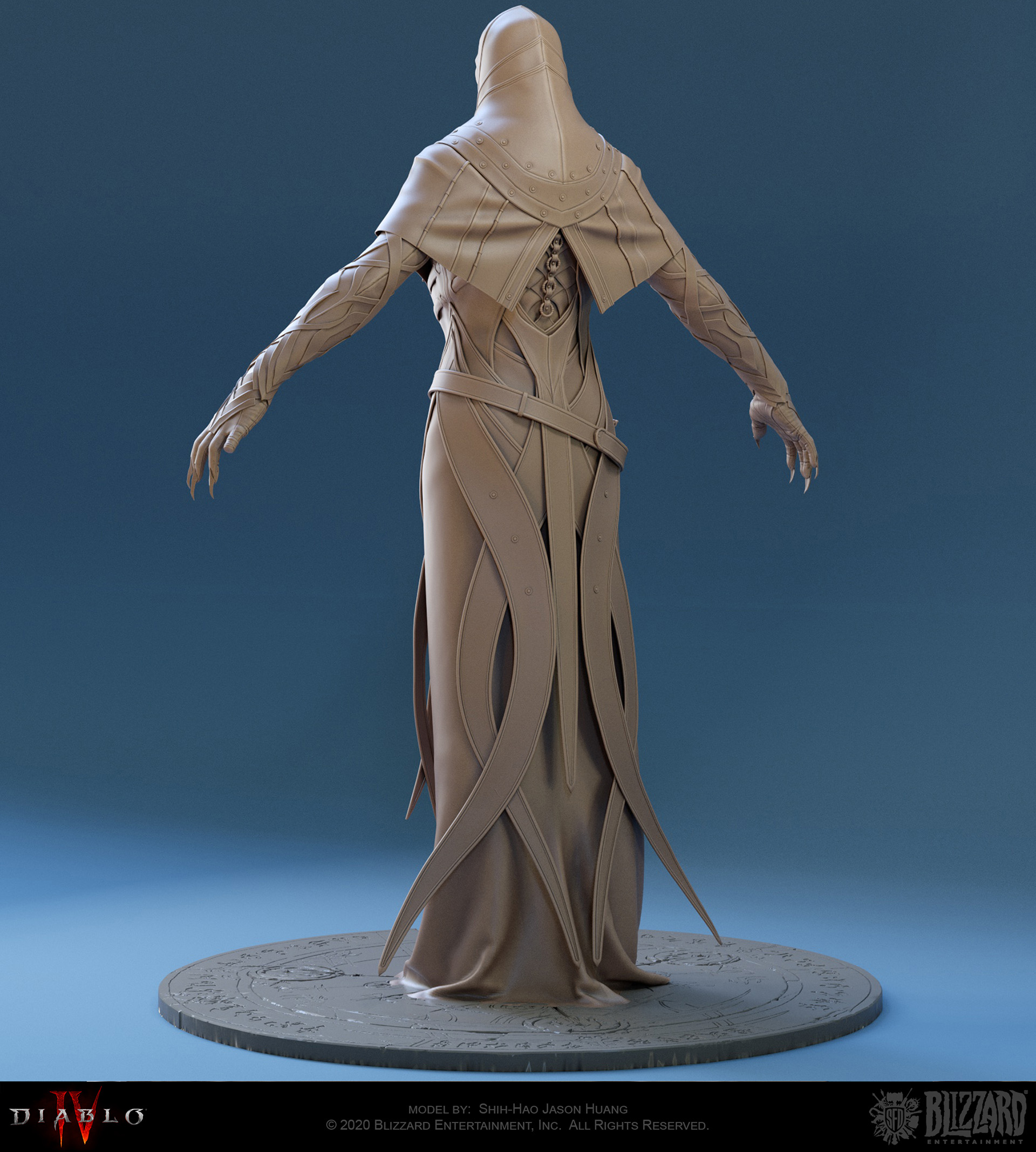 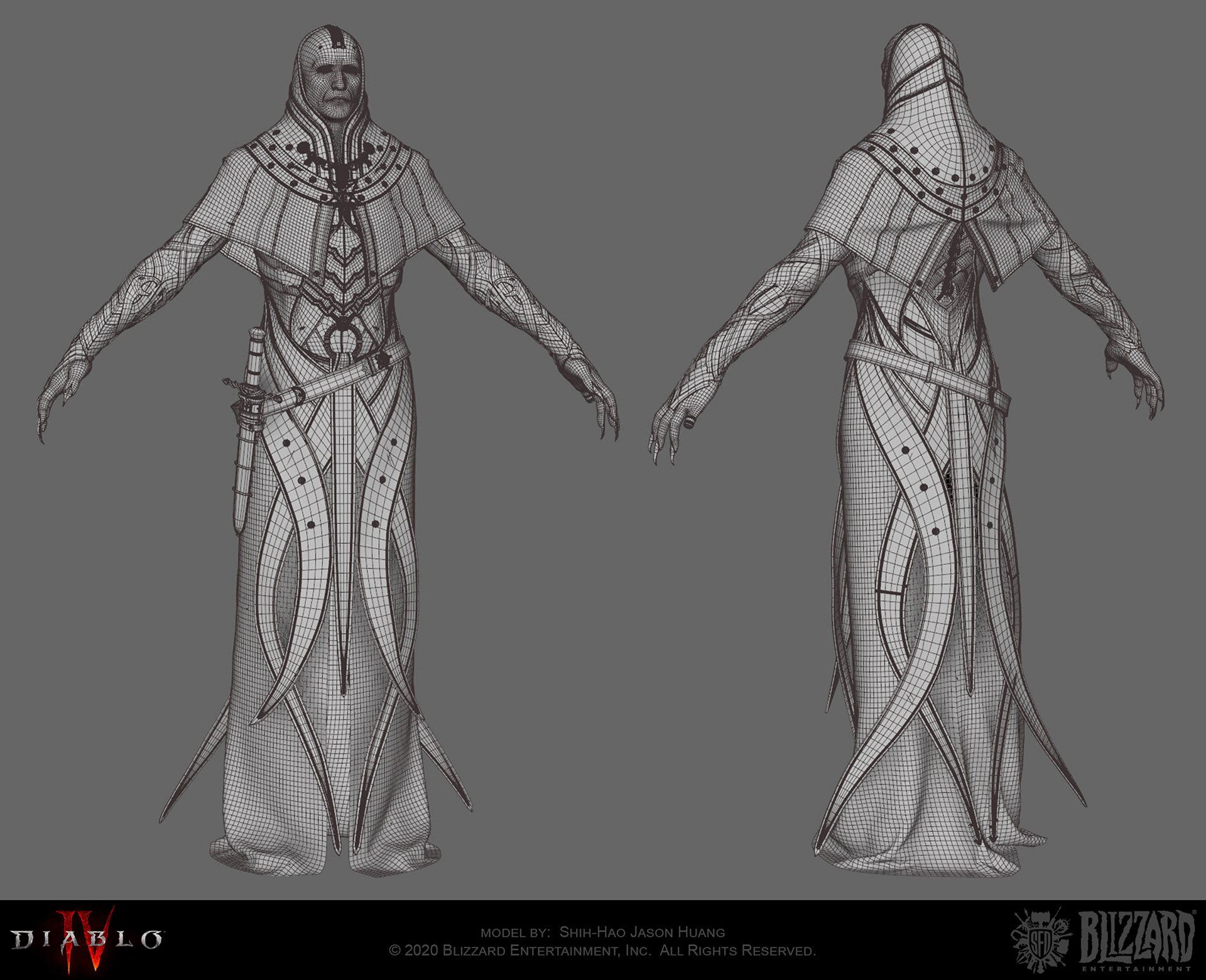 The final product is something the whole team is proud of. “I challenged my team—reset your own bar,” Shannon said. “Let’s do so much better than each of you have done individually so collectively it’s better than anything we’ve all done. Every piece of the recipe, the puzzle, we always said ‘That’s cool, but go further. What can we do that really blows people away and blow away our own expectations?’ None of us wanted to drop the ball. The challenge to ourselves, as fans, to work on this was surreal, but also a bit like . . . don’t screw it up! You know it worked because when you’re reading the YouTube comments, they say stuff like ‘Is this live-action?’” Jason said. “But if you were to try to find a face in the real world that exactly matches, like, the swordsman, you couldn’t find it.” The modeling team is quick to say that “By Three They Come” was a monstrous (demonic?) effort by all involved. “We can’t claim all the credit for it—the lighting, shading, the texturing, animation, they played strong roles,” Jason said. It was every team bringing their absolute best—not only as artists, programmers, or the like, but as fans themselves of the Diablo universe—that allowed “By Three They Come” to enter the world on that bright BlizzCon morning and fill us all with welcome darkness.

Student artists, join Blizzard’s Story & Franchise Development team for summer 2021! Our paid internships put your skills to use from day 1. You’ll be embedded directly with our teams and work on the same projects. The Blizztern Program offers a variety of networking and professional growth opportunities throughout your summer with us.

Apply for our internship here or learn more about the Summer Blizztern Program.

Of course, Blizzard is always looking for professional artists and animators to join our ranks. We hire from all over the world and have Art & Animation openings across our Story & Franchise Development teams. Check out our current roles and apply if you see a potential fit, we’d love to hear from you!

About the author Amelia Savery 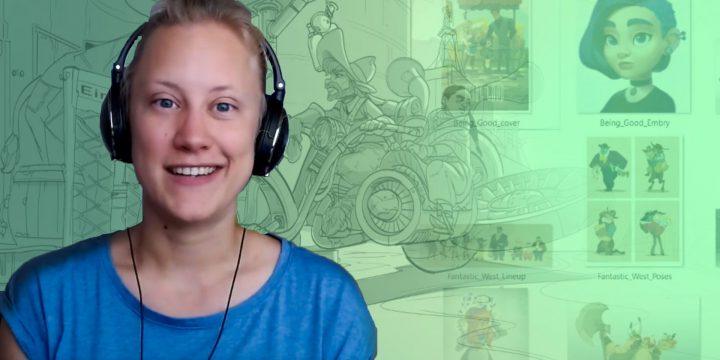 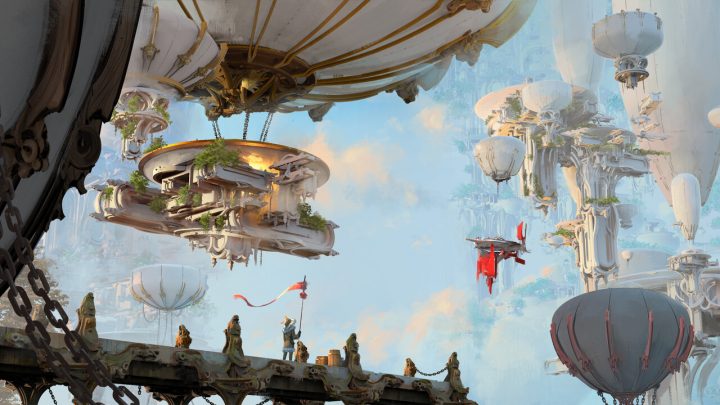 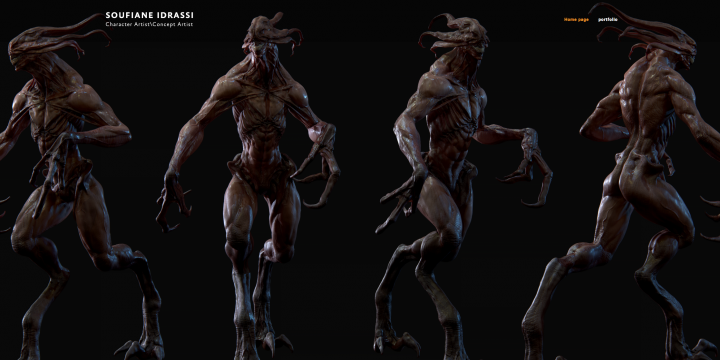