Let’s say you want to create a 3D character animation; where would you start? For many, this might seem like a laborious feat that would require lots of time, knowledge, and resources. Or maybe, you don’t even know where to begin at all!

While major advances have been made in recent years for capturing human motion, the high costs, issues with accessibility, and complexity of the solution remain major problems that have been tough to address. DeepMotion’s Animate 3D is a break-through solution by offering AI motion capture through the cloud.

Typical motion capture setups require lots of space, hardware, software and actors, costing tens of thousands of dollars. The setup is limiting in many ways, and is not beneficial for quickly iterating on ideas or working with remote teams.

That’s where DeepMotion’s Animate 3D comes into the picture. Imagine taking any video you capture, with any camera, and being able to turn it into a 3D animation. Animating in 3D is suddenly much more of a reality by simply uploading a video of a desired motion and getting an animation file only minutes later. Accessibility to motion capture is second to none with Animate 3D, the leading AI motion capture web service, accessible through any web browser and providing true full-body markerless tracking – including face capture. In a time when interacting with others on projects has become a challenge, remote motion capture access has been a boon to some. As Pierre Schiller, 3D animation and VFX veteran puts it:

“At the core of games or movie making, the previz stage is probably where more reviews and changes happen. I see DeepMotion’s body and facial tracking as a dynamic solution in that you can upload your character with the motion video you need, act the scene and quickly share the file with your team anywhere in the world.” 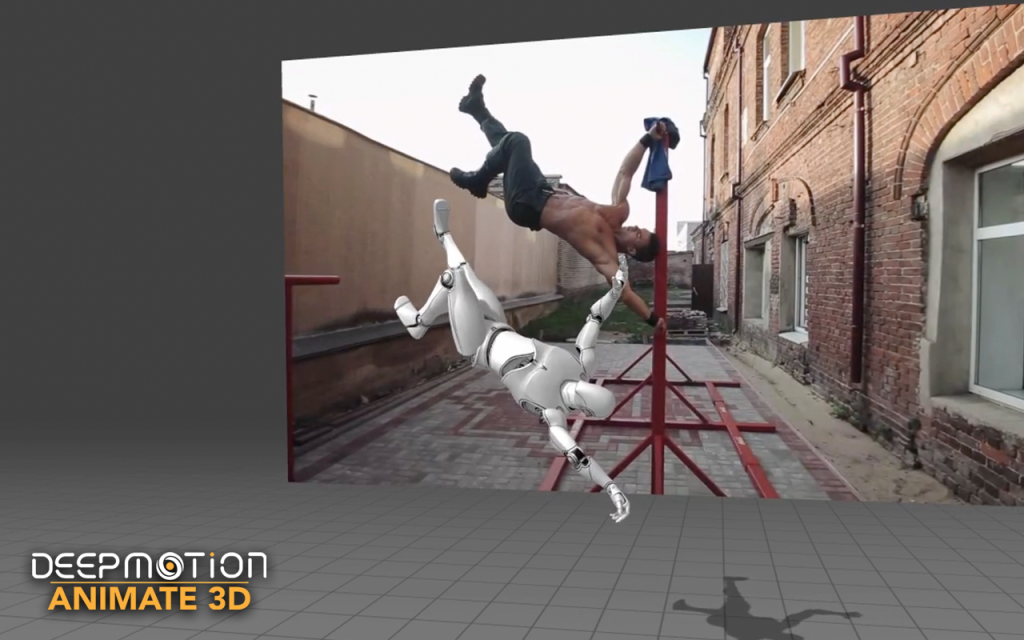 Even if you’re not well versed in animation, Animate 3D provides an easy entry into the burgeoning metaverse or can be used for social media. You can use custom characters by uploading your own, or simply create a personal avatar with thousands of customization combinations directly in the web app. The characters can then be animated and are ready for use on your desired platform.

“As an XR artist with minimal previous experience with animation, Animate 3D has been a game changer for me. It is so exciting to be able to take the characters I’ve made in Virtual Reality and bring them to life with animation… I have had so much positive feedback about my work since I’ve started using Animate 3D. Thank you DeepMotion!” 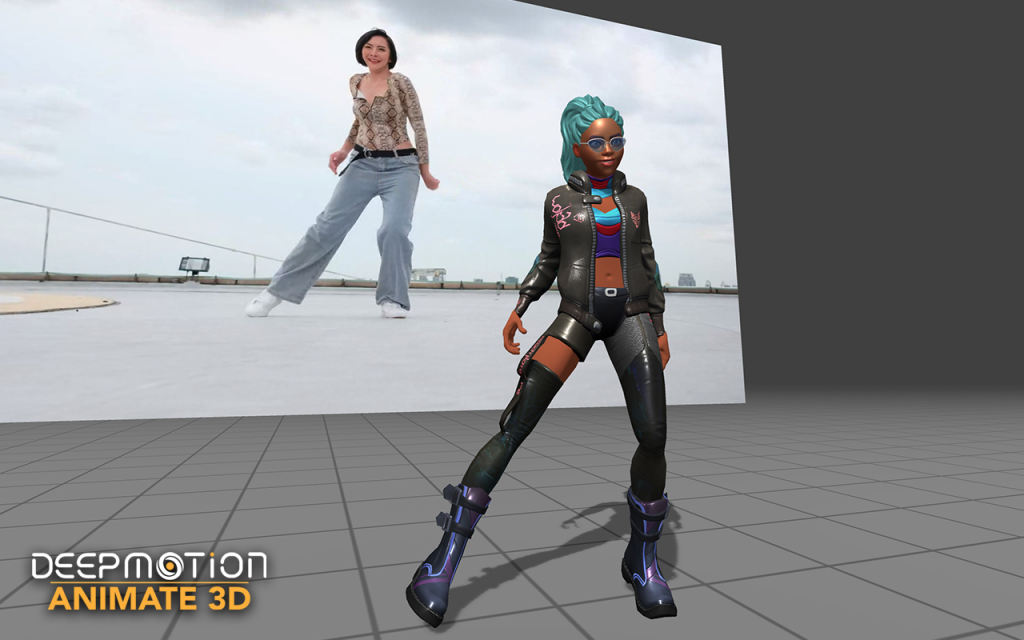 In addition to eliminating the need for expensive cameras and suits, going fully markerless allows for the capture of spontaneous, more authentic motions. Who knows how to do Mixed Martial Arts better than a professional MMA fighter? You can certainly try yourself in a suit set-up, but it’s much more authentic to use footage of a professional MMA fighter even if they’re across the globe. Distance to your desired body capture talent with authentic motions is suddenly no longer an issue. 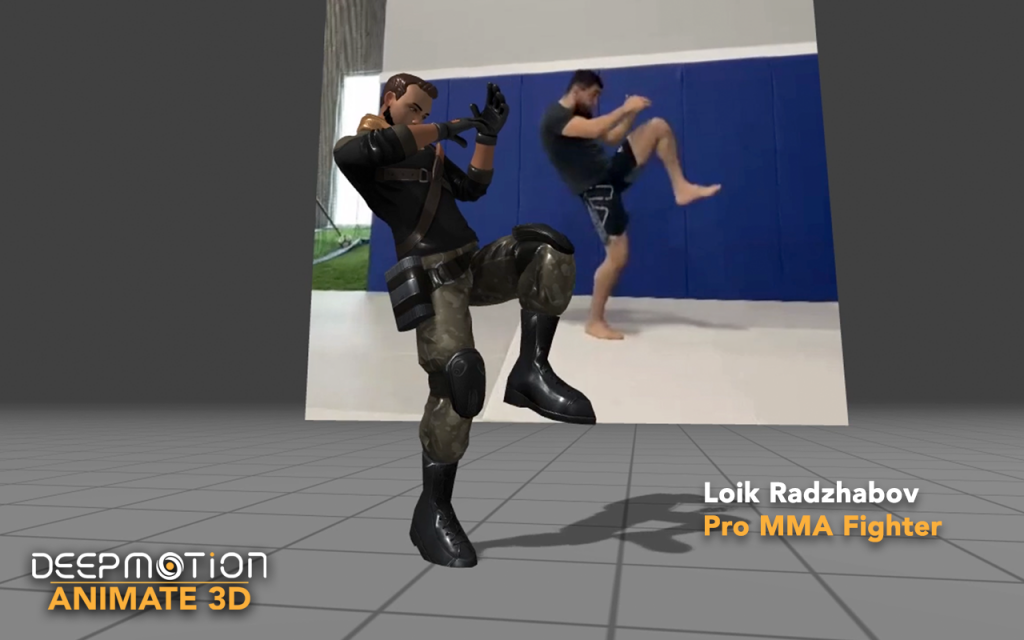 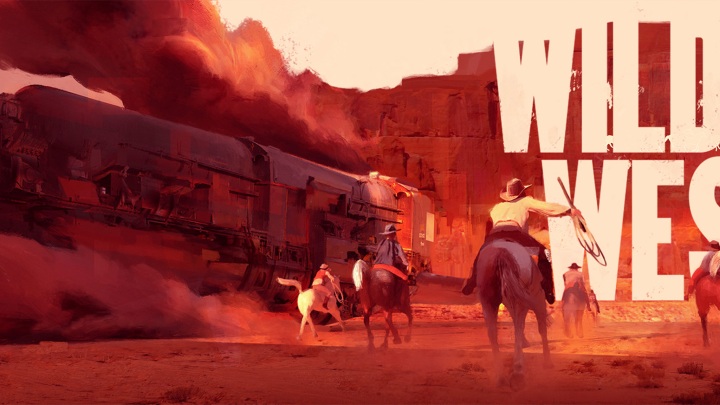 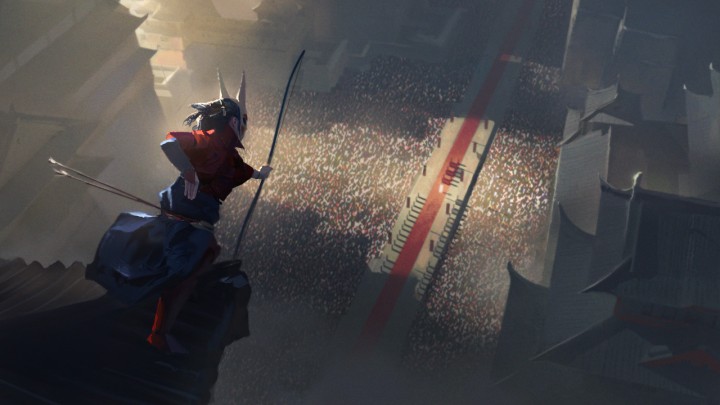