The Lightbox Box of Mystery Challenge welcomed over 1000 artists in the Environment Design category and challenged them to create fantastical or mysterious scenes. The challenge was hosted by former winner and host, Airship Syndicate’s Grace Liu.

Browse all entries from the Box of Mystery Environment Design Challenge.

In this interview, winners Tiziano Zhou, Sebastian Luca, and Roberto Gatto share their experience, strategy, and advice for future challengers. 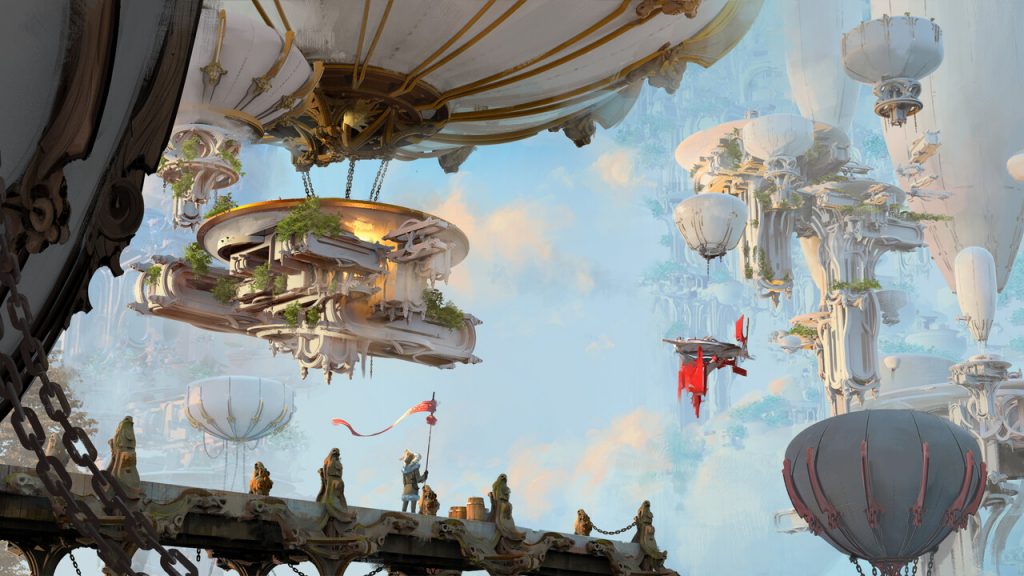 Tiziano: In this set of works, I want to present a huge strange box that connects another world. I hope to show the huge difference between the world inside the box and the world outside the box, highlighting this sense of contrast.

Sebastian: As I was thinking about the challenge, I came across a Rubik’s cube that sparked my interest in kinetic architecture. The circular movement of the sides inspired me to try creating a different type of architecture that would populate the environment. Something that would be interactive and fun to look at. After deciding on the general idea, I needed to power up the movement of the structures in a fantasy setting, so I came up with the hot air balloon idea that became a general theme. Since I had so many of them, I figured the whole environment could be floating in the clouds.

Roberto: I’d been toying with the idea of a candle town deep underground for a while so I took the chance for the challenge to develop it! A lot of the inspiration for it simply comes from my own personal project “Children of the depths”. It’s a location that would fit into that universe. 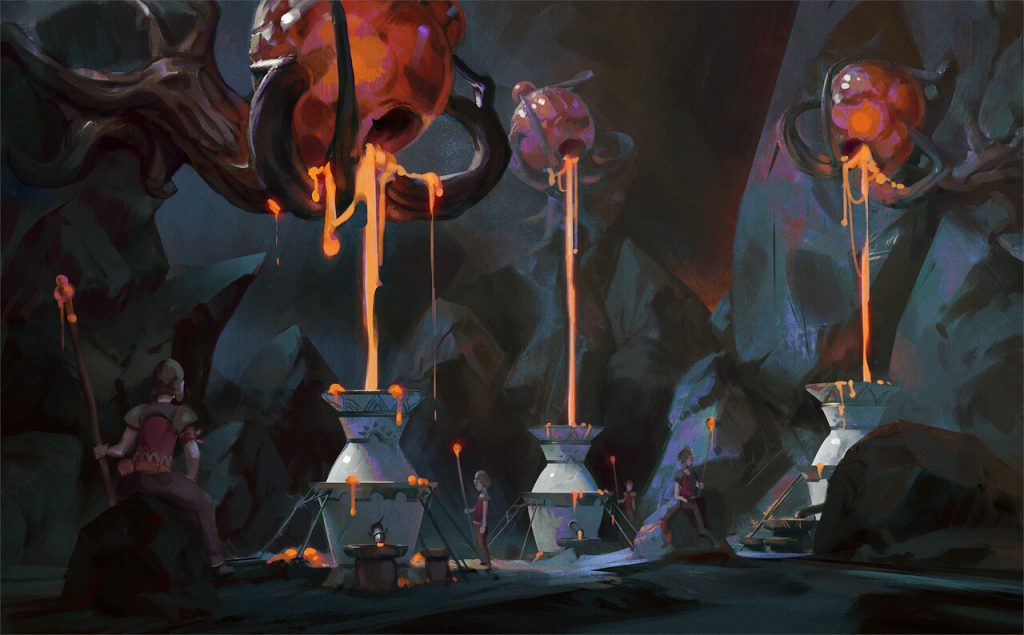 Tiziano: First, I just started drawing a rough sketch based on the ideas in my head, and then looked for reference images based on it.  I spent a lot of time to correct my ideas and composition and finally finished the picture. My two pictures were drawn at the same time so that I could maintain a consistent mindset when dealing with problems.

Sebastian: My usual approach to any task would be to define the overall design and then see if I can break it into smaller repeatable elements that would become its building blocks. Then, model those in 3D and use them to compose a larger scene/design. So I did this for the challenge too. This allowed me to make easy changes as I refined the idea and to be flexible with the development without committing to a scenario.

Roberto: I knew I had to build a good process to iterate on ideation quickly so I had more time to finalize the pieces. That’s why I did line sketches to find the idea, then moved to 3D to build blockouts that I painted over later.

Which part of your submission did you struggle with most?

Tiziano: The hardest part is the timeframe! Because I have a very busy full-time job, I may not have had much time for this challenge. I can only force myself to give up my rest time to finish the work. However, the tight timing is one of the charms of this challenge. We need to show our ideas as much as possible under this restriction.

Sebastian: The most difficult part was to explore interactive possibilities for game development with the elements I designed for the challenge. To find logical movements for the architectural components so they can be further used in a game scenario and construct a fun puzzle to solve. Even though this part was not required for the challenge, I always kept it on the side, and to verify my side task was in line with the challenge.

Roberto: Surprisingly enough, the process was very streamlined. The most difficult part was probably keeping it cohesive and finding good ideas. 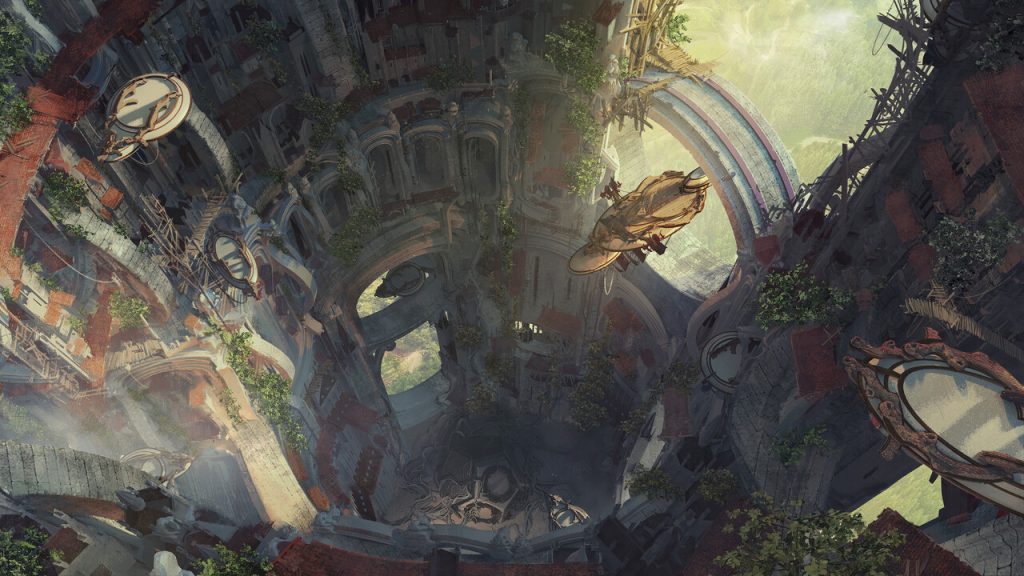 Tiziano: Do your best to show your ideas. Believe that you can do it. Don’t give up easily. As long as you can complete it, you are the best！

Sebastian: I think the main idea of a challenge is to have fun in a friendly competitive environment. So I would say have fun, get inspired, and sit back and watch what amazing ideas other artists had on the same subject.

Roberto: I would say spend a bit extra time early on to find the general idea rather than jumping on the first cool thing that comes to mind. Write down some worldbuilding. It will help inspire many of your design decisions later on. 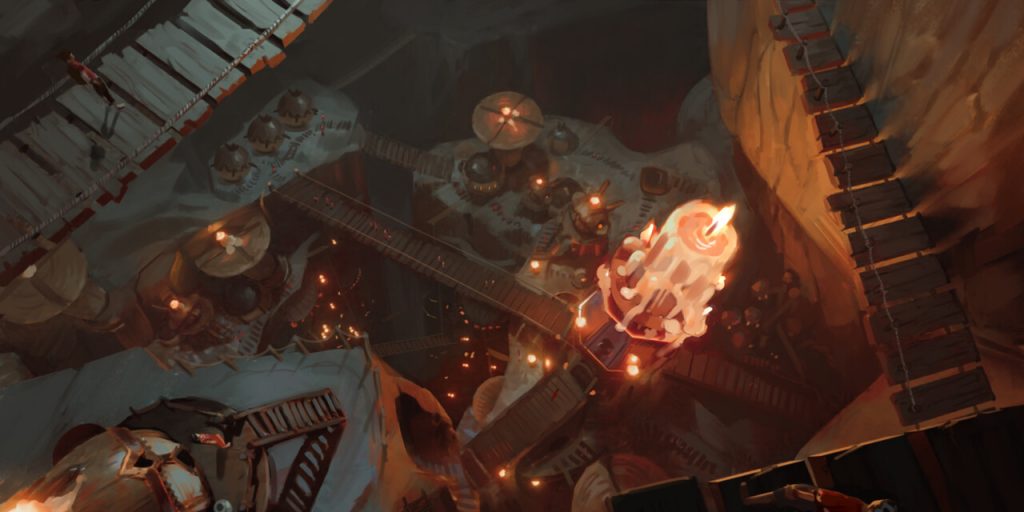 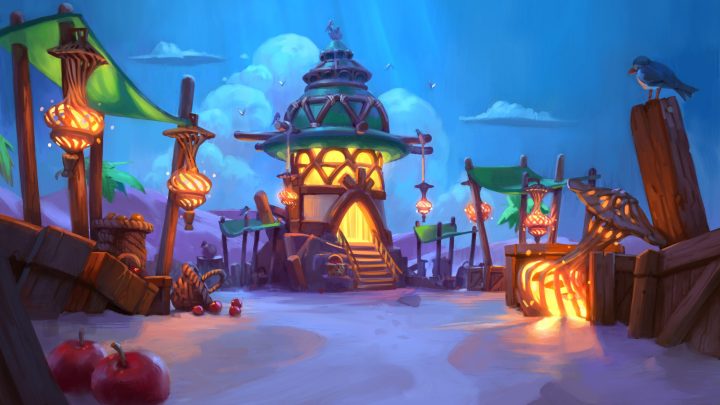 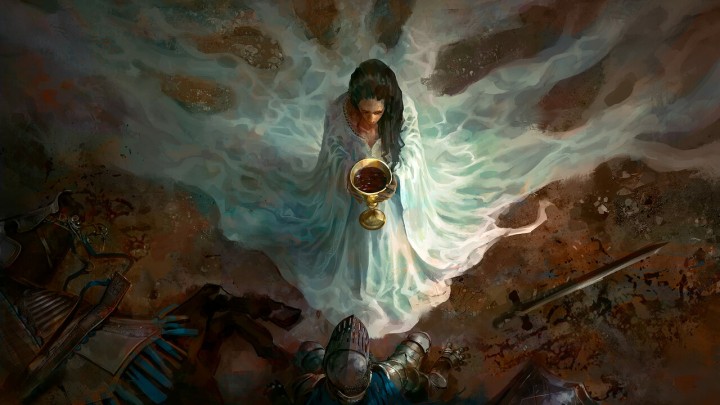