The Lightbox Expo: Box of Mystery Challenge on ArtStation hosted a record-breaking nearly 6,000 artists in July. For the first time ever, the ArtStation Challenge included a 2D Animation category inviting participants had to created an animated short film in the where they would be judged based on the creative and narrative design.

Browse all 2D Animation entries from the Box of Mystery Challenge.

In this interview, the winners Andrés Goji (Mexico), Yann Bureau (France) and Lap Pun Cheung (Finland)  share their experience, strategies and advice competing in the first animation challenge on ArtStation.

Tell us about the story you’re trying to tell in your short film.

Andrés: I think animation has a unique power to make the impossible believable. A lot of the films that have impacted and inspired me the most know how to use this quality in animation, and that’s what I was going for with my short film.

This story started taking form after I did a pair of illustrations. One with a red figure, the other with a yellow figure. I felt like they were looking for something, and that made me want to delve deeper into that world, so I started storyboarding.
For this project, I felt more comfortable storyboarding directly and skipping the scripting phase, because I had the sequences kind of clear in my mind. So, I thought I could explore them better if I could “put them on paper” and play around with the elements.

Then things started making sense. Two figures look for a list of elements in a world where things work differently to ours. As I was creating the sequences, the main plot started taking form in my mind, and things started connecting until I figured these characters were collecting the impossible to save the most important thing to them.

Yann: The story is about a giant with a garden where he “cultivates” worlds as a hobby. The worlds are little dioramas. Each of them is unique with unknown life on it. I got inspired by scenes where people switch in various environments during a chase, like in the movie Paprika,  but I wanted that to be just a biased point of view, and reality was on another scale.

Lap: I have been recently getting into creating animations as a way to augment my projects. For this challenge, I really wanted to try and channel some Studio Ghibli feelings, if not the style in particular. I chose to revisit an old project of mine and rewrite it. The story starts in media res with the girl running away from a terrible event in her home city as it’s being attacked by another nation. In her escape, she finds herself in an old temple where many others have died taking refuge. She finds a baby who seems to be magical in nature and carries the same symbol as her and decides to carry the baby on a journey to a marker on a magical map that was implied to be important to them. I intentionally left a lot of details to be either subtle or contested as the theme was to create mystery.

Andrés: Creating a short film in about two months seemed like a pretty difficult task. But, I took the challenge because recently I had been struggling with finishing my projects, so the deadline would force me to work efficiently.

I didn’t have a lot of experience doing 2d animation before doing this challenge. I had done some small exercises but that’s it. Most of my experience has been in 3d animation, but in the end, the principles are the same and recently I had been practicing my drawing daily, so I thought I could handle it.

My experience in 3d helped me a lot, as it helped me develop my pipeline. The film was mostly done in Blender, with the exception of some backgrounds that I painted in Procreate. Blender is constantly adding more and more elements to its software that let you work seamlessly in both 3d and 2d, and during this project that let me work much faster than ever before. Basically what I did for almost every shot was the following:

Yann: My strategy was to do it scene by scene until they were finished. But with a schedule in mind, a scene shouldn’t take more than 4 days, with the rough, clean, and color. For 2 scenes, with complicated movement or camera, I used 3D basic objects and made a really quick animation. With that, I could just draw on the cube and sphere.

Lap: With a six-week time limit, I wanted to challenge myself a bit and see how much I could do to get a good quality finish. The biggest part of my strategy to finish on time was to create an animatic as early as possible in order to know how much time I’d be allotted per shot, then guess whether it was a feasible task or not, keeping in mind to make sure the story was still coherent.

Which part of your submission did you struggle with the most?

Andrés: The hardest thing for me has always been editing out that which is not absolutely necessary for the story. I usually over explore my worlds and that makes the projects unmanageable as short films, so I have to turn them into pitch bibles for features or shows. That’s why I wanted to do this challenge because now I had to finish a short film by a certain date. My original storyboard was much longer than the actual film. The deadline forced me to trim it down to the bare essentials.

Yann: I struggled with software problems and the sound because I didn’t go through the sound during the process but at the end of it.

Lap: Normally in previous challenges, the biggest struggle is coming up with a story and worldbuilding. In this case, I had lightened that load my reworking an older project. That meant that this time, the long grind of the frame by frame animation combined with the huge amount of shots and different camera angles I chose definitely meant that I simply had a huge workload. I tried to get away with as few frames as possible.

Andrés: I would say tell a story that you are very passionate about. Before starting any actual work, decide which is the most efficient way for you to work and finish on time. Stay true to the emotion that drove you to the project in the first place. That’s the thing that will make people connect with your story.

Yann: I recommend artists to know their pace so that they can make something in a short period of time which can show the extent of their skills! It’s important to have a finished product – one you can be proud of!

Lap: For future challengers in 2D animation, make a story that you really believe is fun, something that you enjoy so it’s harder to lose interest as you work on it. Aside from that, time management is key since there are so many parts to animation. 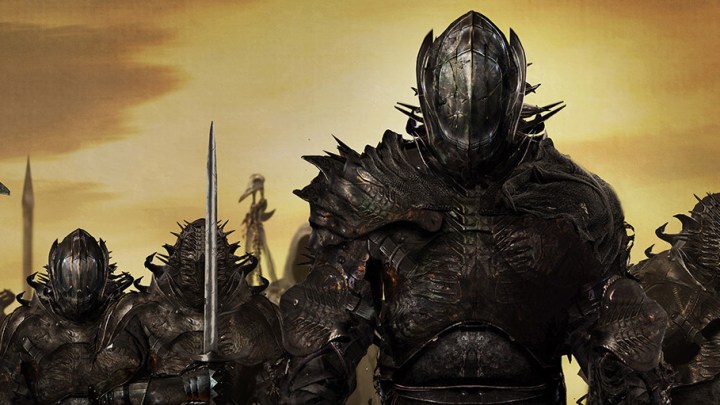 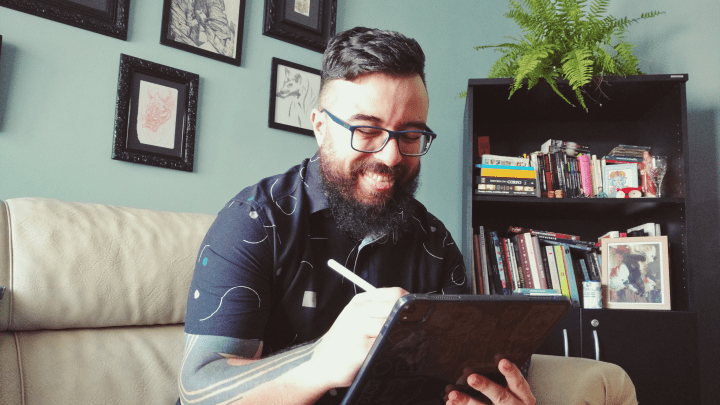