Olivier Couston is a 3D Artist working as an asset producer in the animation industry. Based in Belgium, his most recent projects include Despicable Me 3 and Marnie’s World. The ArtStation Pro Vertical theme he chose for his portfolio is perfect to showcase his dynamic character work. 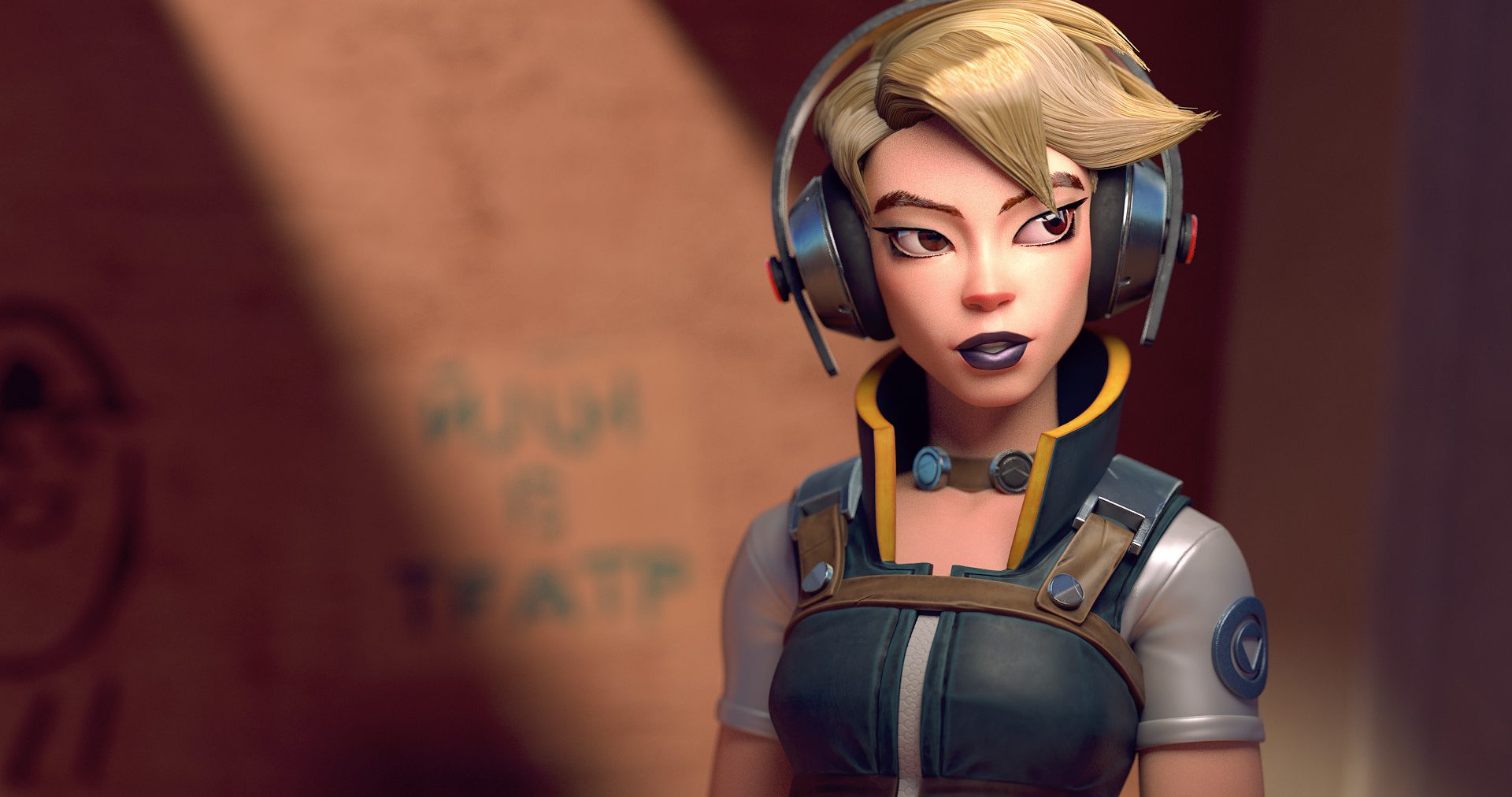 For your work, what do you think was the most important thing to emphasize?

I mostly try to focus on shapes. I prefer when it’s simple and dynamic. I don’t mind when it’s detailed, as long as it’s efficient. When I pick an artwork I want to turn into 3d, it’s generally because there is something very special about it that I really like. It can be a shape, a facial feature, a dynamic pose, or sometimes just the lighting. Then when I get to work, I’m going to focus on that particular aspect and it’s probably the first thing I’m going to work on. I’ll make sure I don’t lose it during the many iterations of the modeling process. In the case I don’t have the luxury to pick the artwork to work from because 90% of my work is professional, I will try to identify similar strengths in the concepts, even when they are less obvious and emphasize them a bit. Sometimes I will make angles a bit sharper, a nose a bit pointier or eyes bigger. As long as you respect the original design, the client generally appreciates small personal touches like these.

What do you do to get noticed?

It’s going to sound cliché, but I think getting noticed should not be your main motivation. You should try making something you like first. If you really enjoy what you’re doing, then you’ll find the will to turn things into great artworks, which will result in getting noticed. Fanart is also a great way to get attention while making something you still enjoy. Who has never clicked on an image because they recognized Batman or a lightsaber? But don’t become that guy who only does character from one specific franchise.

Other than that, I think presentation is key. I see lots of good modelers around, who unfortunately don’t get the attention they deserve because their images are just not that interesting. People make these amazing characters, only to display them in a neutral pose, with a gray shader, on a black background and that’s a shame. I know the feeling, you have spent dozens of hours on something, you want to get over with it, but try to take a little bit of extra time to make a pose, add colors and give it decent lighting and it will really pay off. Don’t over do it either, sometimes less is more. My point is that you should not just post a Zbrush screen capture. Sometimes just posing the eyes of your character so he does not stare into the the void can already inject a lot of life into him.

Where do you find your inspiration?

ArtStation is a good start! I have this collection called “Inspiration” where I put all the images I think could make a good subject for a 3d interpretation. Artbooks are a good source of inspiration too. It’s always interesting seeing unused concepts from a movie like Star Wars. You can then use them as inspirations to create something “original” within the same universe. I also have a few go-to artists like Olivier Vatine, Kevin Herault or Masamune Shirow. They all have the same things in common: they can draw women and robots. I like to browse randomly through their work, even when I’m not looking for anything special.

I try to find inspiration a bit everywhere. Whether I’m watching a movie, playing a video game or reading a comic book, I can’t help looking at shapes, faces, details. Sometimes I’m drawn out of a movie because I’m focused on the character’s nose or ear shape. It happens in real life too, when I see people with an interesting faces, I stare at them for a bit and stop before it gets awkward. 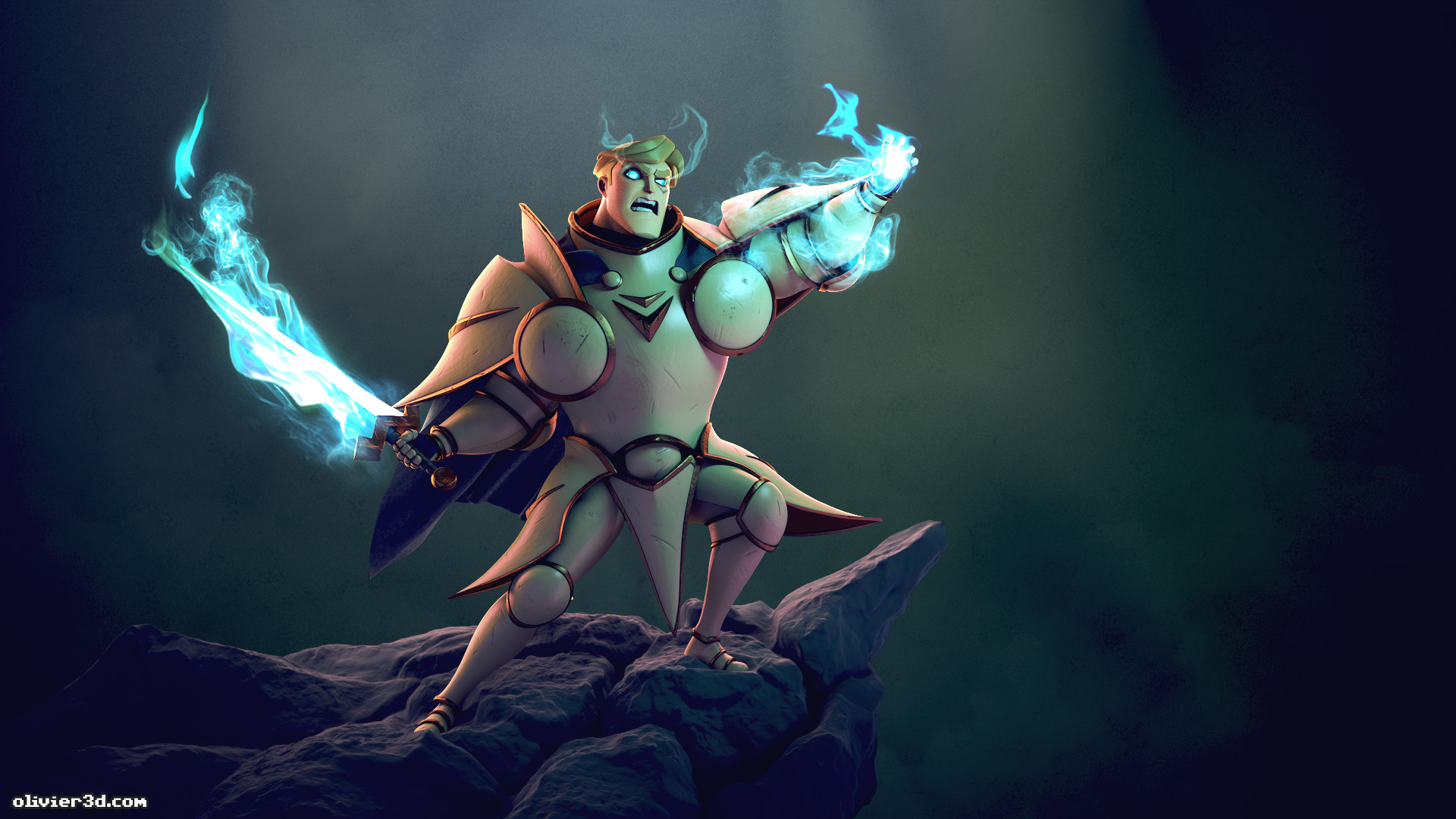 I think my previous answers areI generally what I say when asked for tips but my final advice would be: keep working, even if you already have a job in the industry, never rest on your laurels. There is only so much you can learn when you do the same thing over and over. You’ll do it faster, but you will quickly reach that threshold where it becomes a routine and can even get boring. So don’t do just one thing, always try to develop new skills. Don’t be afraid of getting out of your comfort zone and try new stuff. That’s what personal projects are for. I’m not saying you should become an expert in every domain, but being competent in more than just one area will help opening new doors and keeping things interesting. When I started I was just a modeler, but I slowly learned how to texture, shade and light on my own. Now I get to develop characters completely, which is far more interesting and rewarding.