Find Out Why 9/10 of These Students Got Jobs

CG Spectrum’s 2016 Online Advanced Diploma students achieved an incredible 90% placement rate into studio jobs. They spoke to students, mentors and alumni working in studios like Ubisoft, Double Negative and Iloura to get their advice on giving yourself the best chance of scoring the job of your dreams.

Know the industry, even before you start learning

Like any field, VFX has a variety of different roles and the demand for those roles changes from time to time. Even if you’re completely new to the industry or just starting a foundations course, deciding as early as possible exactly where you could fit in will give you a massive advantage as you build your skills and portfolio.

“Research your industry and aim your skills in a direction that studios need and will need in the future,” says Simon Warwick, former animator at Rocksteady Studios (Batman Arkham City) and current CG Spectrum mentor. 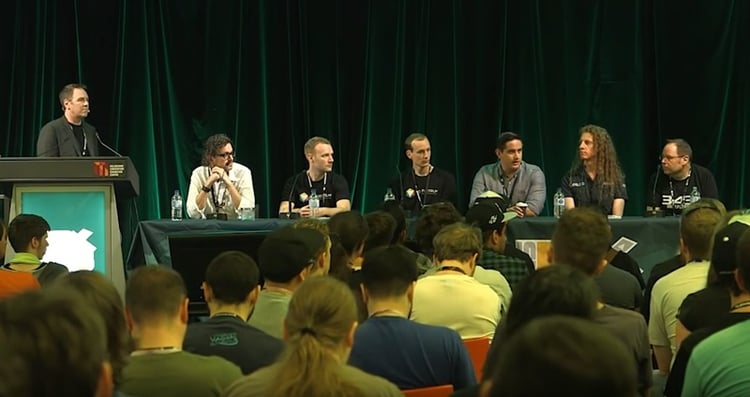 “Certain departments require more staff than others, for example studios usually only need a few concept artists that often require years of experience. On the other hand environment art requires 10, 20 or sometimes more artists and their skills are also transferable to other departments if needed.”

If you’re not picky, be practical and research what roles are in demand. These will often be lesser known positions like compositing.

There’s a real need for lesser known roles like compositors or riggers, simply because there are less people studying those disciplines.”

“When people think of working in visual effects, they usually think ‘Animation’ or ‘Explosions’,” says Nick Fredin, who worked as an animator on the Oscar-winning Rango and co founded CG Spectrum. “But there’s a real need for lesser known roles like compositors or riggers, simply because there are less people studying those disciplines.”

Knowledge of the VFX pipeline is also key to impressing employers early on and keeping a job once you’ve got it. “Every studio is different. But have an understanding of how your work is digested into the pipeline,” says Subhaan Asif, a recent CG grad who was hired to work on Spiderman: Homecoming at Luma Pictures.

“When working alone at home in my own environment, I often don’t consider anyone else ever using our files as we’re not passing them onto others to work with. We’re in our own bubble. So I’d say if you want to be an fx artist, maybe look into how your fx would get processed through comp too. Familiarizing yourself with a department you know your work will go through will be a great asset as the other departments will love you if you can get them clean exports of your work.”

Have a specialty, even if you’re a generalist

Specialist or Generalist? Read enough interviews with pro artists and you’ll often see opposite opinions on which kind of hire is more valued by studios.

Studio culture differs too. “We know studios who want their modellers to be animators too, and their FX specialists to be able to do lighting,” says Jeff Pepper, former lead animator at Bardel and Head of School at CG Spectrum. “But then there are ones who want you to just be a gun at whatever specialty you choose, and stick to that.”

It can even boil down to whether you want to work at a large, well known studio working on blockbuster releases, or a smaller upstart where you’ll have more independence.

“At a small studio, there’s more demand on general knowledge. You’ll get handed stuff that you don’t know how to do all the time and you need to be good at either learning how to do it on the fly, or being able to tap resources around the studio,” says Mark Pullyblank, former VFX artist for Sony and Weta (Avatar, The Hobbit).

“For example, I got a job texturing an Arctic outpost on a film and there was a guy next to me who was doing animation on the same film. He was cursing and I was cursing and I said, ‘Hey, do you wanna trade?'” The exercise gave both artists the chance to gain a fresh perspective on a problem, as well as a bit of a break.

Mark Pullyblank speaks to a student at a meet up

But the consensus is that it’s always good to be very strong in at least one area – as it’s those skills as demonstrated in your reel that will ultimately set you apart from other candidates.

“Specialization really snowballs too, once you get momentum — both in terms of your skills and your brand.”

“Something I believe benefited me was an early commitment to specializing in gameplay animation,” says Kyle Dahl, an animator at Riot Games and former CG Spectrum student. “It’s totally possible to keep your options open between Feature, TV, VFX and Games, but I feel that if you build your skills with the goal of mastering one of them, you’ll be that much better at the job and that much more valuable.

“Specialization really snowballs too, once you get momentum — both in terms of your skills and your brand.”

Tyler De Block, a Senior Texture Artist at Ubisoft Toronto, agrees. “To me, the ones that I consider the most successful people in this industry are always the ones that are not hung up on what others are doing, or even just getting away from who they really are with their own personal style,” he says.

“I think the moment people start catering their art style to what the majority of what the industry is doing, end up becoming very bland artistically, and end up getting lost into the large heap of people that are doing the same thing.”

Be ruthless when choosing a school

It’s easy to get distracted by flashy campuses and claims of superstar curriculum designers. But who’s really teaching you?

“It’s not just who wrote the curriculum – though that’s definitely important – it’s who is teaching it,” says Nick Fredin. “Learning VFX is very hands on. If you’ve got a world class curriculum but the person teaching it hasn’t worked in a studio for ten years, how’s he going to see what you’re doing wrong, or push you to a far higher skill level?” 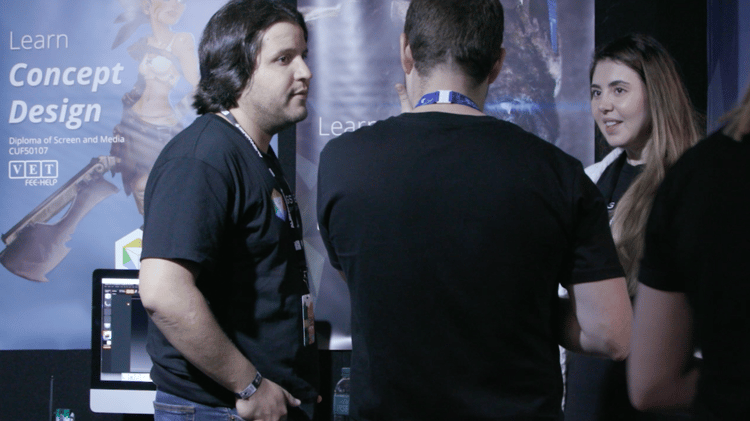 Katerina Dzolganovski with other VFX artists at PAX Aus

“I would research schools, not just reputation but who the teachers are. Are they industry professionals? Is this school simply built on longevity?” says pro 3D Modeller (Star Trek: Beyond, The Huntsman) and CG Spectrum mentor Katerina Dzolganovski. “Experience is the best teacher so make sure you’re learning from professionals who are up to date with skills and industry standard workflows.”

If you’ve got a world class curriculum but the person teaching it hasn’t worked in a studio for ten years, how’s he going to see what you’re doing wrong, or push you to a far higher skill level?”

And that’s where good online schools often have an advantage, says Greg Hird-Rutter, who has worked as a Senior VFX Artist for Bioware and Ubisoft, and is also a CG mentor. “Unlike a school that’s just in one location and limited to the artists they can find there, we can get mentors from everywhere, and work around their schedules if they’re still working.”

“It was the first time I had an experienced animator open my scene file. It was what I needed to get over a couple of technical hurdles,” says Kyle Dahl of his own online study experience at CG Spectrum. “Getting access to industry mentors is huge. There’s a world of information out there on the internet, but nothing really compared to talking to someone in the know.”

“Learning from industry veterans is in my opinion the best way to progress as a professional,” says recent graduate Stephen Clark, who nabbed a job at Iloura VFX (Ghostbusters, Game of Thrones). He adds that mentor interactions he had while at CG Spectrum helped him make the challenging transition into studio life. “Working for Iloura has been close to the expectations that were formed after chatting with mentors from CG Spectrum.” 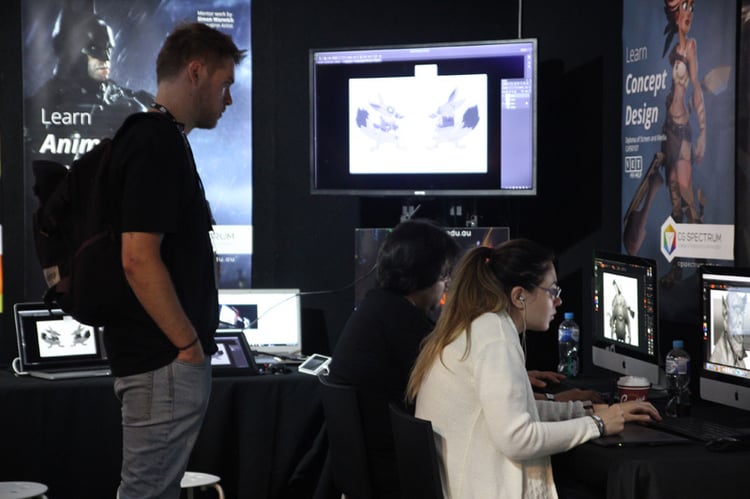 Student and mentors working together at a workshop event

Class size is a factor too. “Large class sizes are very very difficult to learn from,” says Mark Pullyblank. “The fact that CG Spectrum keeps class sizes small is very helpful. I look at everyone’s work and I still have time to work on specific questions or problems from the class.”

Students and juniors can be anxious about always putting their best foot forward. But it’s when you’re learning that it pays to take the biggest risks to push your craft further – and also when the risk is the smallest.

When she was just starting out, Katerina Dzolganovski was terrified about failing and embarrassing herself. “Am I going to fail? Then I realised yes I will. Will it be epic? Maybe, maybe not but I’m going to learn from it and get better. I started realising my mistakes made me a stronger artist. I took more risk, got faster, better and enjoyed myself a lot more.”

And about that reel…

“Quality over quantity – I’m adamant about this one,” says Kyle Dahl. “Student reels should be no more than a minute. If I were choosing between 30-seconds of ‘good’ animation and 90-seconds of ‘okay’ animation, I would go with the half minute any day.” 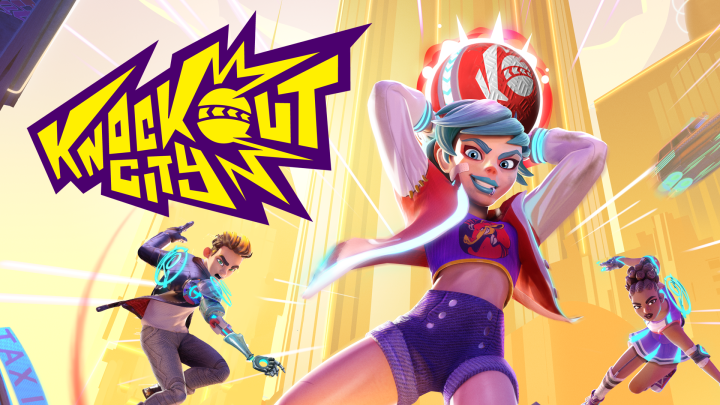 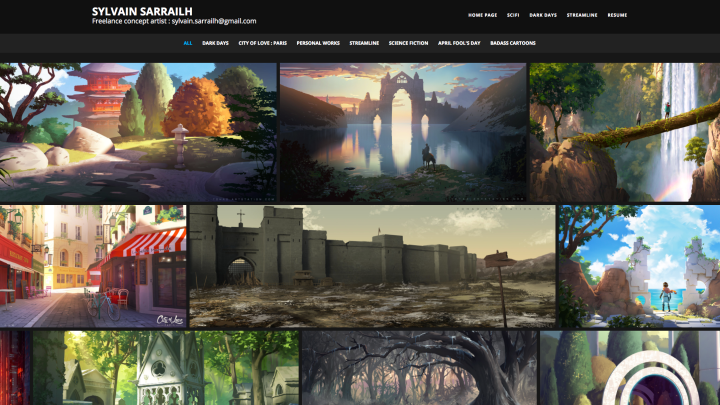 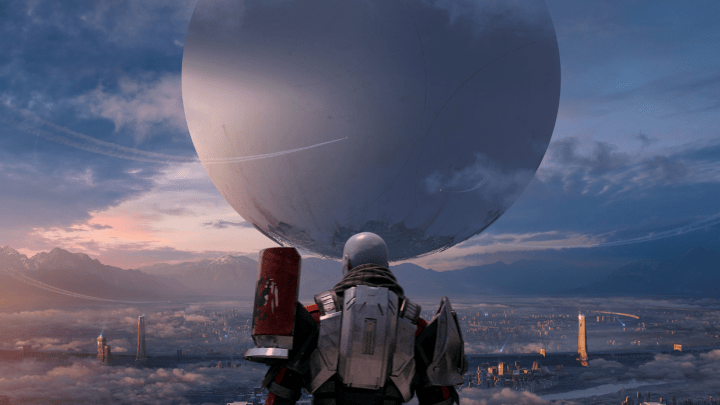