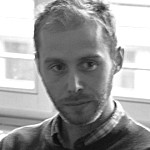 Mike Hill is an art director and concept artist at Karakter Design Studio in Berlin, Germany. Originally from the United Kingdom, Mike moved to Amsterdam in 2008 where Karakter provided design services to Guerrilla Games for Killzone 3. Since that time the studio has relocated to Berlin and has built a client list including Crytek, HBO and Electronic Arts, while Mike’s personal clients range from indie videogame developers to visual effects supervisors. Known for his vehicle designs, but with the versatility to tackle both character and environment concepts, his workflow combines both 3D and 2D software.

As a kid, I’d draw cars and dinosaurs and all that good stuff. Art remained a passive skill that I didn’t focus on throughout my education, since there didn’t seem to be any application for drawing and painting beyond getting good grades.

In 2004, while still at school, I played Halo. Something hit me pretty hard: experiencing the Silent Cartographer – an eerie, artificially made paradise – put me into a trance-like state. I would wander around the island, long after my Covenant foes had been dispatched, and simply be lost in the mystery of the civilization that built this world. After some time, I removed myself from the game and realized that in reality, mere humans had crafted this numinous experience. I found the concept artworks online and knew I had to contribute to this world-building enterprise.

I immediately started learning Photoshop and 3D after discovering Craig Mullins, Eddie Smith and Francis Tsai. I briefly went to college to learn animation, but dropped out after a few months since my focus was already narrowed down into science-fiction art. I focused on teaching myself stuff from home, using online guides and reference books.

Learning technical skills has been a very valuable process, but right now I’m focusing more on life experience. As a teenager I had lots of ideas, and no way of executing those ideas – these days I sometimes feel like the position has been reversed. I am in search of the original inspiration that I sensed before I had learnt the trade – inspiration I now occasionally glimpse while watching films by directors such as Christopher Nolan.

Technical design can sometimes feel like an engineering task rather than a creative journey, and I would like to try and find a balance whereby I can merge technical aspects with something more expressive; artworks that are a little more open to personal reflection.

I read a lot at the moment, from neuroscience through to philosophy and fiction – I’m consuming a lot of stuff that is beginning to influence my creative process.

I’m currently inspired by movies that are driven by narrative rather than action. Maybe it is simply the result of getting a little older, but the stories that touch upon thought-provoking questions, or hit home on an emotional level that all humans can connect with – these are the creative products I am most inspired by. I can watch films such as Inception and The Shawshank Redemption repeatedly with a sense of awe, for completely different reasons.

Stay immersed in a broad range of material that affects you personally. Be stubborn about it. Don’t let industry standards, popular opinion, or forums where people declare what is currently ‘cool’ override your internal compass.

As someone who is trying to rediscover that compass after years of working to clients’ briefs, I wish I had heard that advice five years ago. In an artist-client relationship, it is your responsibility to satisfy the tastes of another person. It is important to keep your personal feelings clearly defined, uninfluenced by others. This does not mean to fight your briefs, or your art director – but simply remember why you started making things in the first place.

Most of all, surround yourself with positive people! I worked briefly with Jesse Van Dijk and he embodies this idea of natural positivity; a natural enthusiasm that would always focus on encouragement rather than criticism – a quality that can keep you motivated through tough creative challenges. 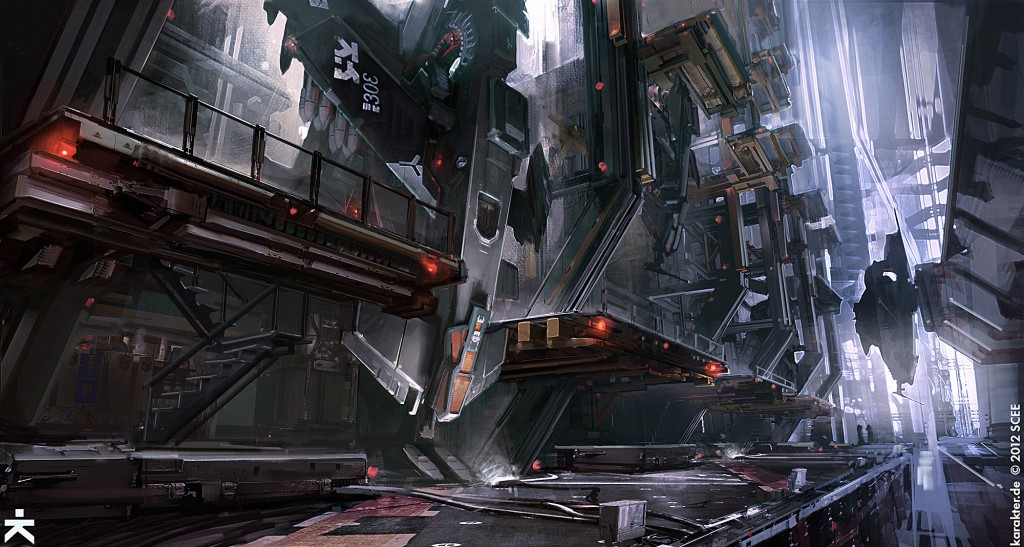 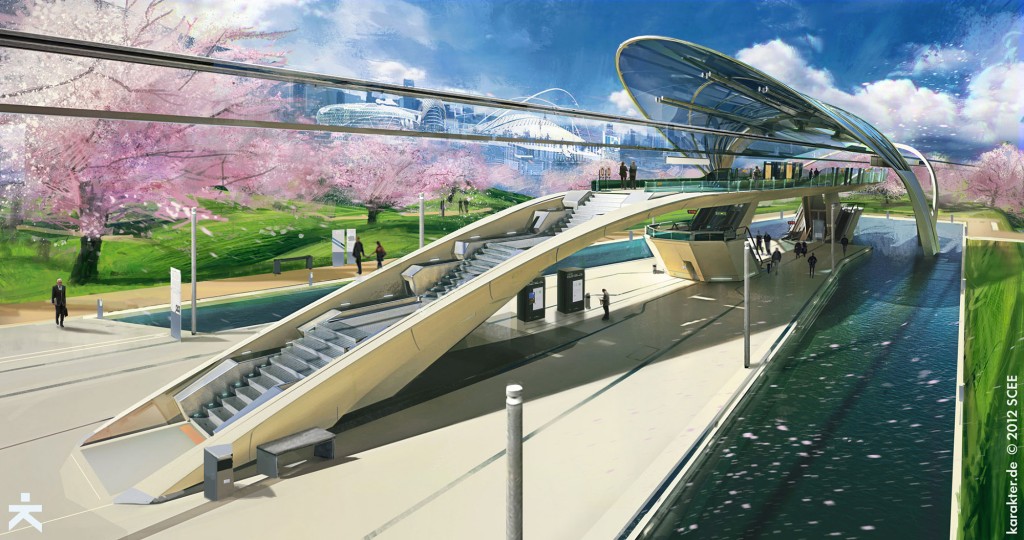 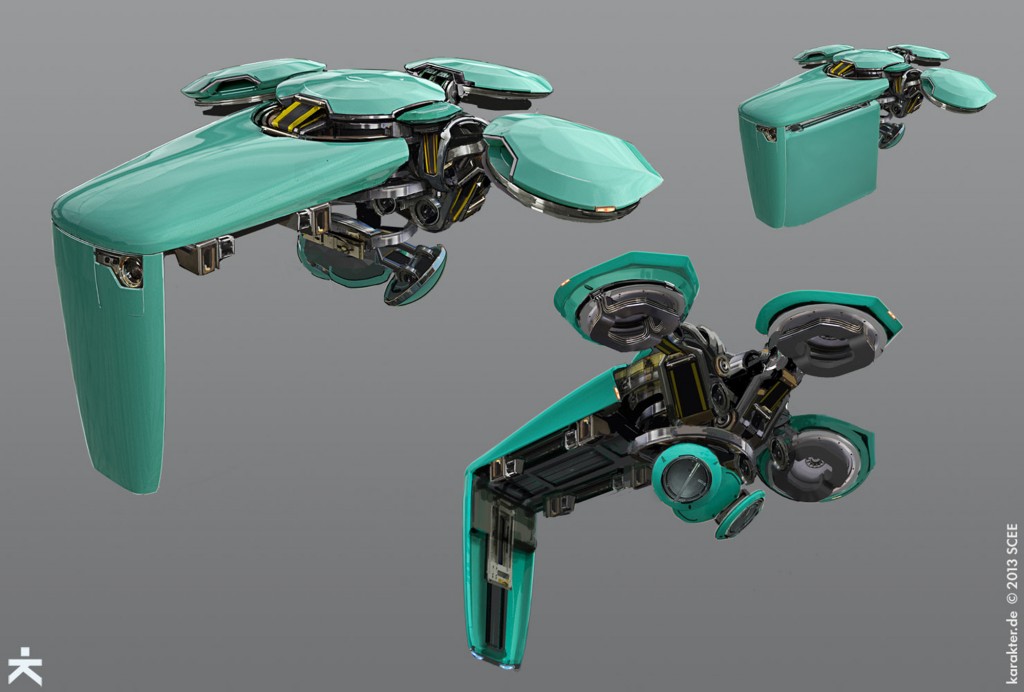 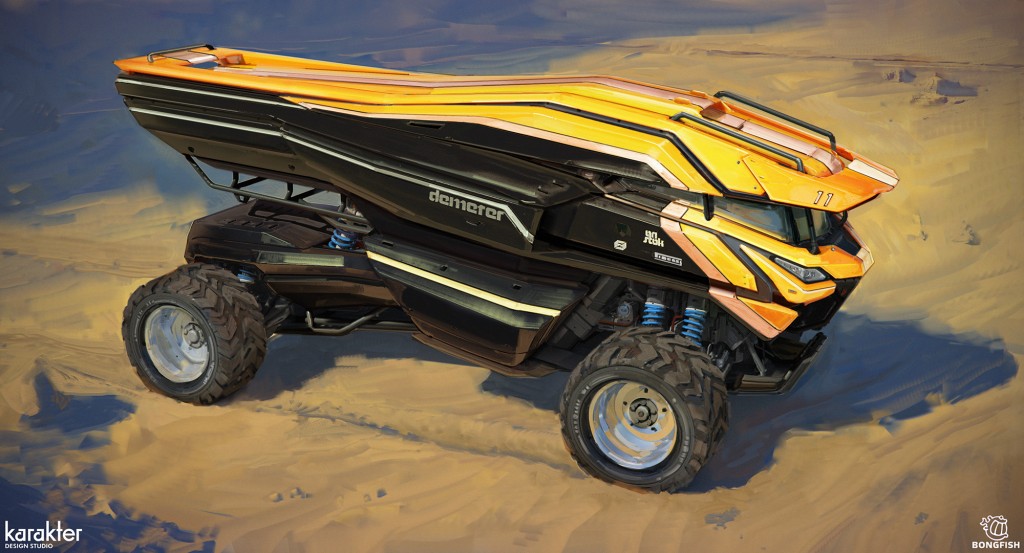 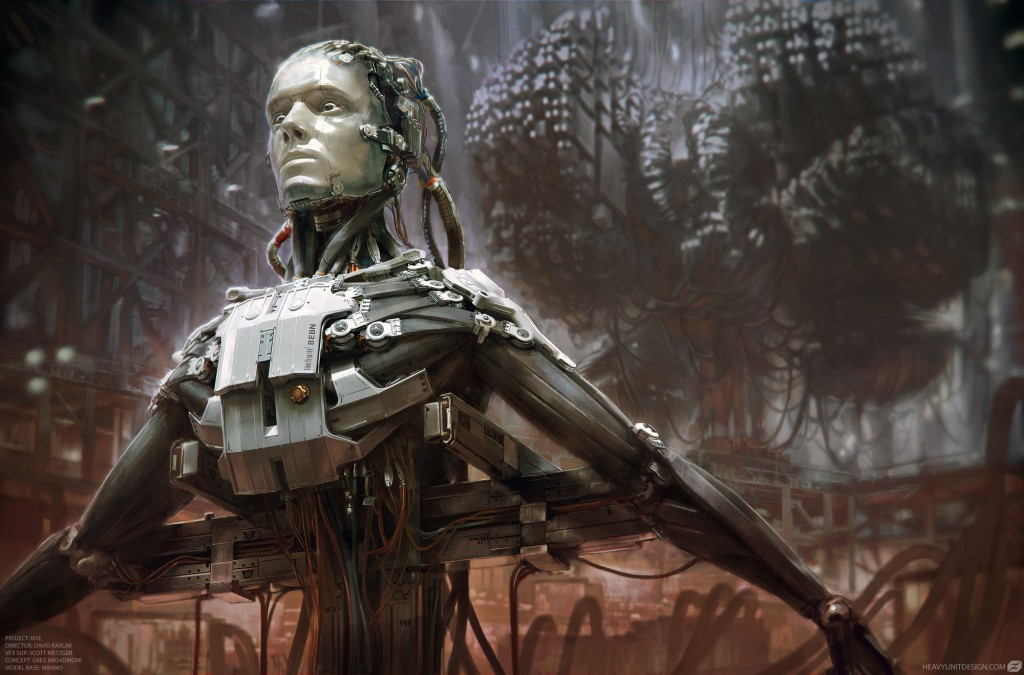 Heavy Unit Racer: a project undertaken to explore the integration of 2D and 3D graphics. 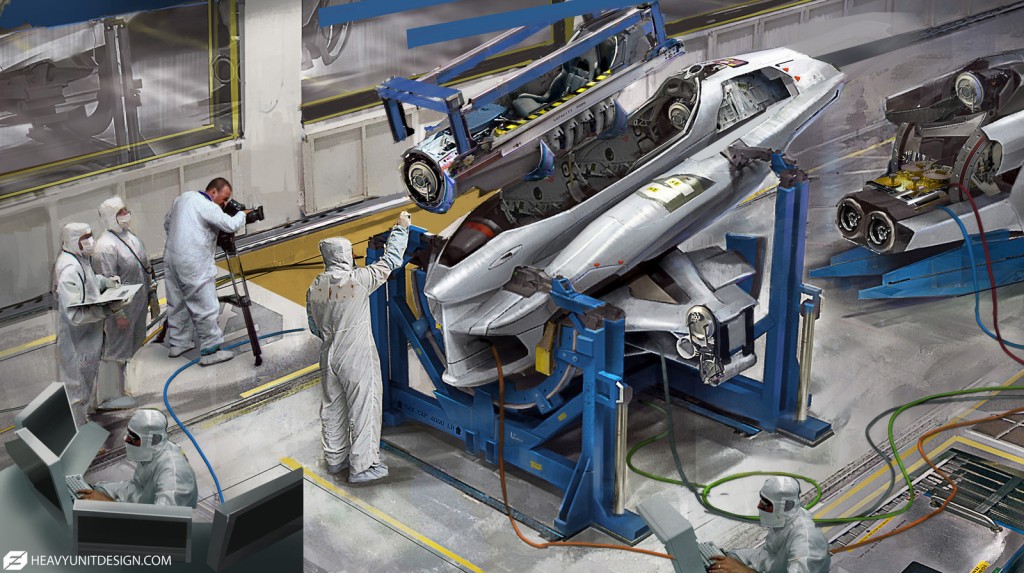 A vehicle design ‘thrown’ into a fictitious production context to help explore the concept. 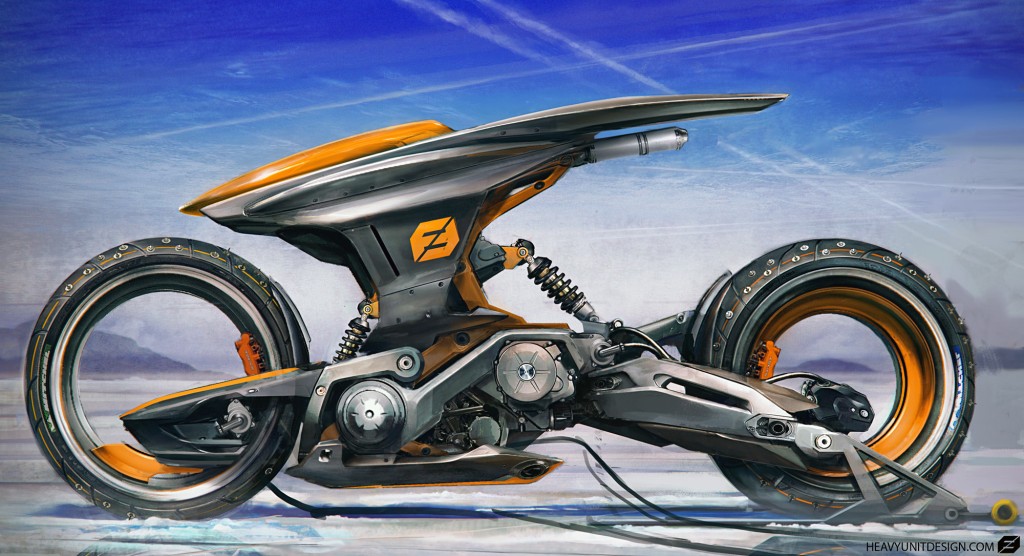 A concept image for a futuristic pilot-less bike. 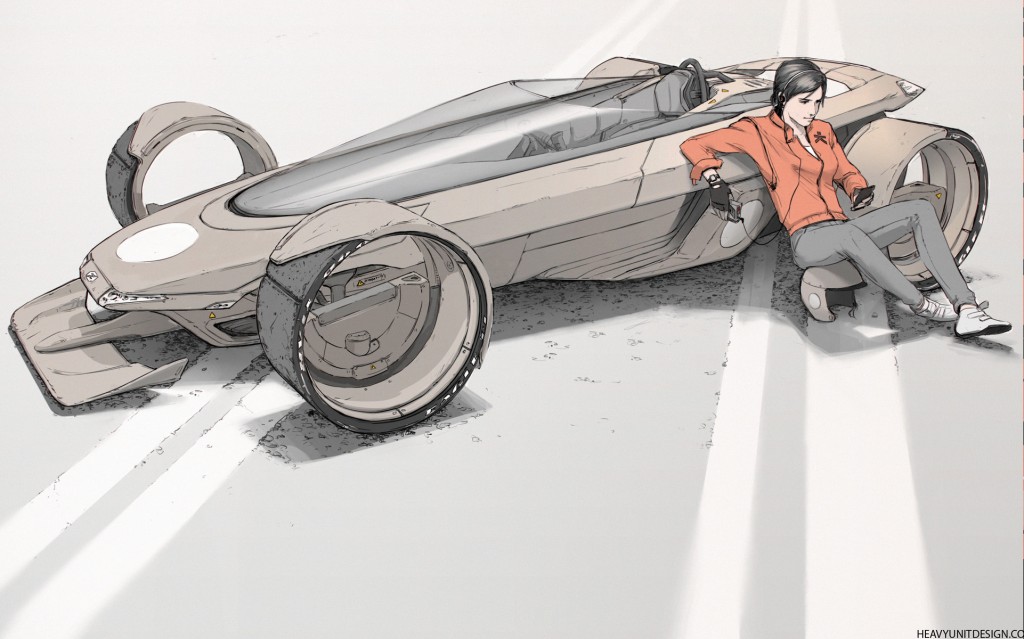 A personal piece: an “80s-influenced car concept”, experimenting with adding a character to the image. 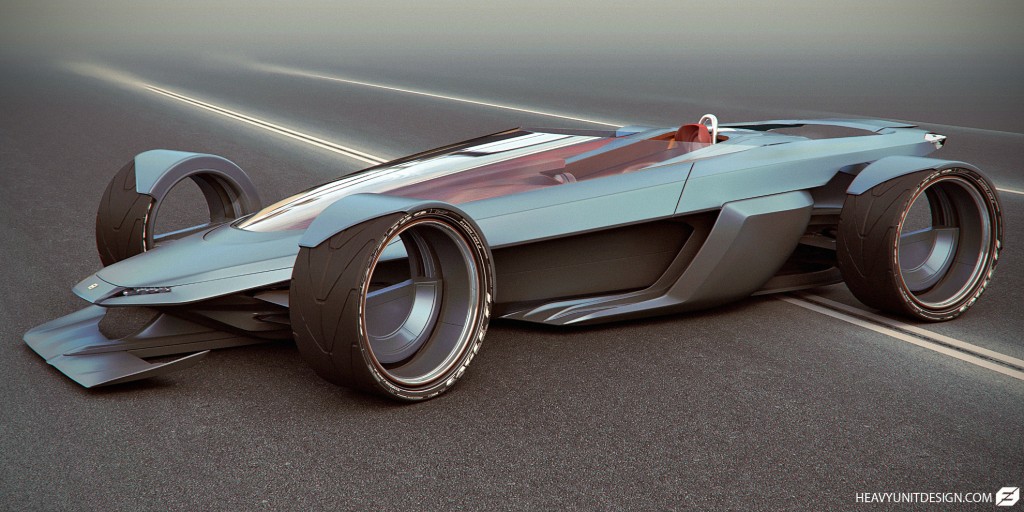 A render test for a vehicle design. 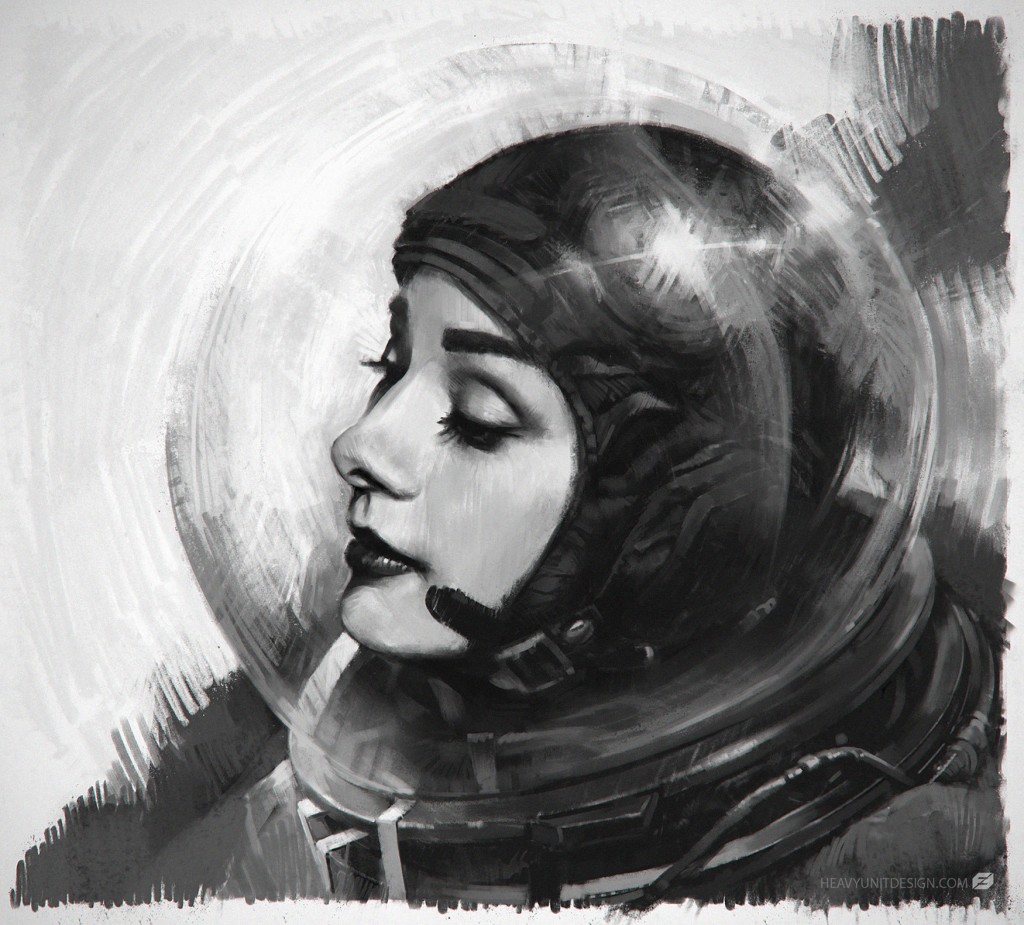 A personal image: “a study of Audrey Hepburn that turned into an astronaut”. 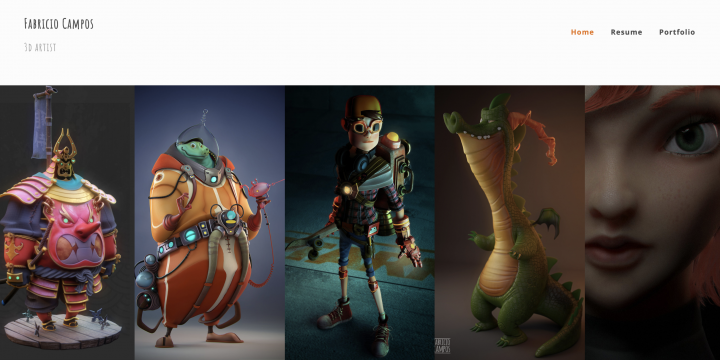 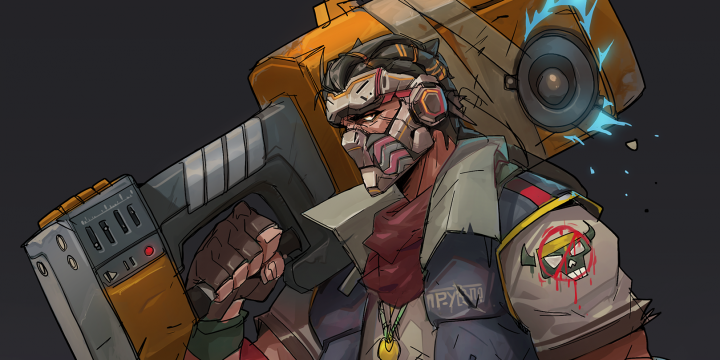 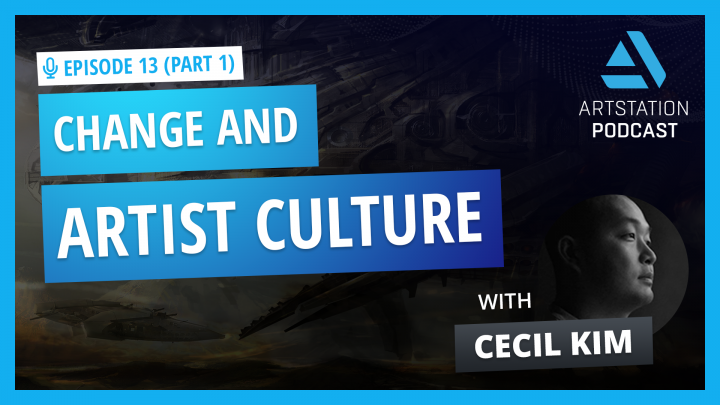