Interactive 3D software has come a long way in recent years. While it has many versatile applications for the creation of 3D experiences and artwork, 2D artists are turning to it as a valuable tool to fast track their workflow and quickly test and visualize concepts.

ArtStation and Unreal Engine have put together the Unreal Journey series to educate aspiring artists on the exciting career opportunities in 3D. We’re giving you all the answers you need, from where to get started to what to include in your portfolio.

This Unreal Journey explores the use of 3D in modern concept design and illustration workflows.

Concept artists design and create artwork used to convey explorations of ideas (usually for film, games, or other media) before the final product is rendered. They can be hired both on a full-time basis at studios or on a freelance basis for specific projects.

In film or video games, concept artists are the ones who produce the visual designs for characters, environments, props, and vehicles as a blueprint for the production artists to create the final models, VFX, or animations in the finished project.

Studios and companies rely on concept artists to be able to quickly produce readable imagery that translates the overall vision of the scene, character, or product.

Concept artists may be graduates of design programs, illustration programs, or other fine arts backgrounds. However, many employers do not have strict education requirements in this field as candidates are mainly selected based on their artistic ability and the strength of their portfolio. Many positions require proficiency in digital painting software.

Anya is a UK-based 2D and 3D artist who started her journey with a traditional art background. She began learning 3D when she enrolled in a Game Art Design program at De Montfort University.

“This was not a concept art course (and we were told so repeatedly) but 3D. Years 1 and 2 were something of a crash course in everything production art from characters to props, environments to Unreal Engine blueprints, and even a bit of concept art, so that students could start to specialize as they found their ‘thing’. I was immediately drawn to the idea of creating worlds rather than characters (which tended to look like potatoes) and started dabbling in UDK. I stuck to the 3D environment work for class, and would religiously do photo studies in my evenings to feed my desire for painting.

Occasionally, we would get the chance to flex our creative concept muscles in the pre-production work for 3D projects, and I would throw myself into the concept work. I absolutely loved it; creating something from a 2D sketch to a more finalized render, and finally bringing it to life. However, my love for concept work was marred by a deep frustration at never quite being able to express my ideas on paper to my satisfaction. I could sort-of copy a photo. Sure. But making my own thing? Creating my own perspective? Lighting? Color? Values? No way. I struggled both with idea generation and technical painting ability, and it was a constant fight to not lose heart.” 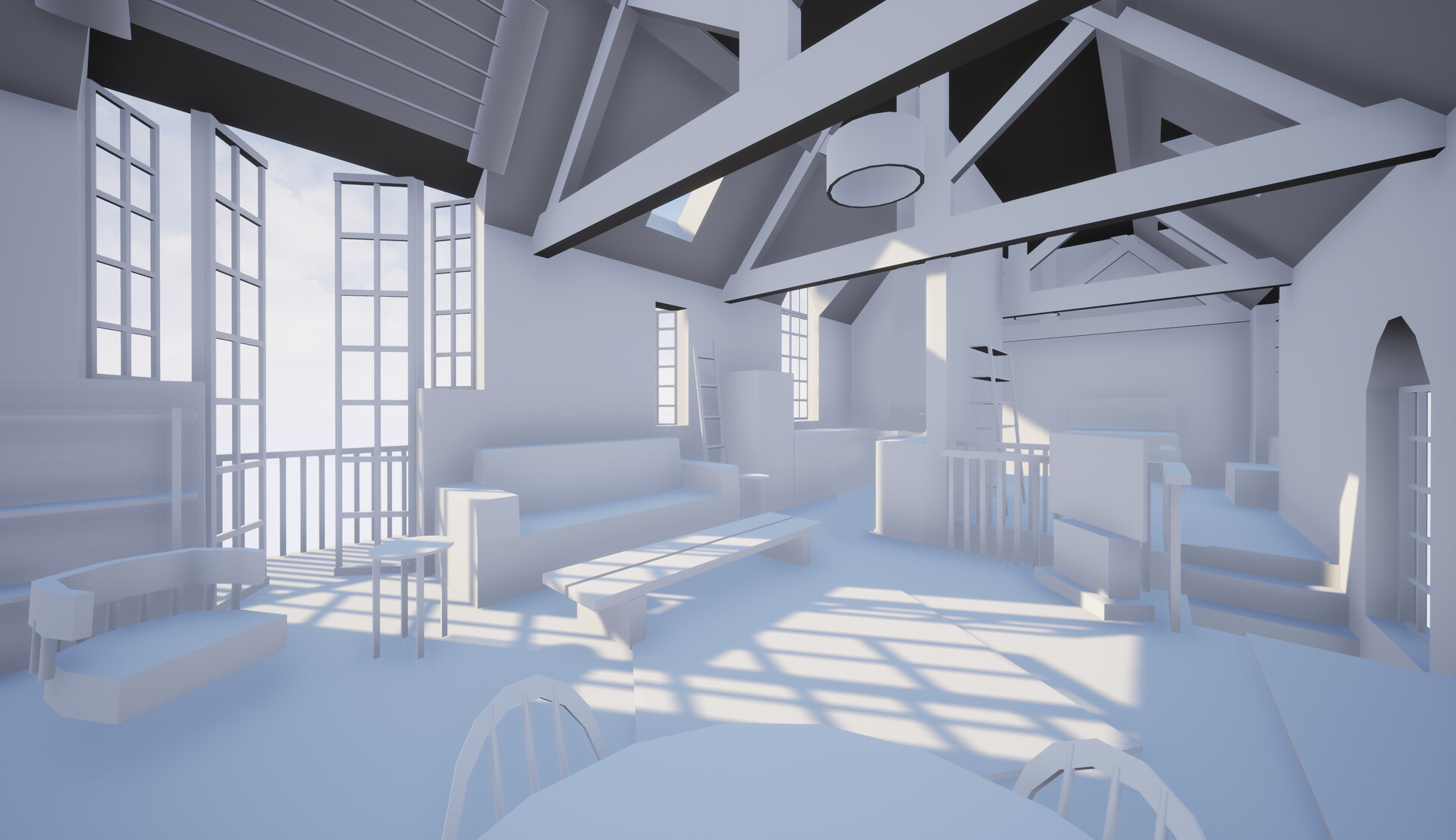 “My move into using UE4 and Photoshop together happened quite organically but ultimately came from that frustration of fighting against my own lack of ability. Not having to deal so much with lighting and perspective, leaving me to focus on creating the architecture, moods, and colors I was drawn to, was a huge weight off my shoulders. It started out just as a speed-up process for concepting 3D scenes. I would sketch a scene without 3D aid, start making the 3D, and then overpaint my edits.”

“I’d rinse and repeat until I had my final 3D environment. It’s a slow process,  and sometimes up to 6 months for a small diorama in my spare time. I wanted to create more, faster. So while I still enjoy making full 3D scenes in UE4 today, most of my work is now much quicker one-shot concepts which I have painted straight over a 3D blockout from Unreal Engine.” 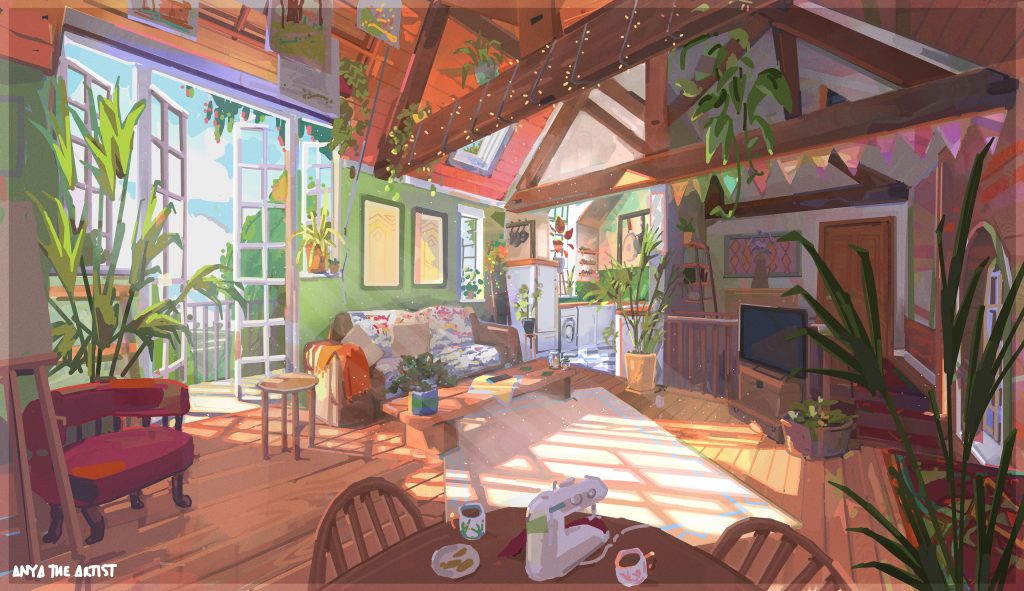 “As I started generating a higher output of 2D concept artwork, I feel like my personal style and passions really started showing through in my portfolio. As a result, I mostly get contacted for work as a concept artist now, but most employers also show an interest in my environment artwork. I definitely think my 3D background helps me get hired. Most importantly, all the work I get offered nowadays is much more suited to me than it was a couple of years back, now that I have a body of work that shows work I’m super passionate about.”

“I couldn’t have done that as quickly as I did without my step into integrating UE4 and Photoshop. I can focus on developing my visual style rather than fretting so much over technical ability (though I still often weep over brushwork and lighting and I have a lot I want to learn!)”

Anya currently freelances both as a concept artist and a 3D environment artist. A Day in the Life

“A typical workday usually involves having UE4, 3dsMax, and Photoshop booted up and experimenting with compositions and cameras in UE4 which I then screenshot and sketch over before starting to paint. I’ll usually spend a day or two experimenting with models, compositions, lighting, etc. with various scenes, often scrapping images as I go. Then when I’m happy, I will start painting properly. I also work extra freelance in my evenings and my work there involves a very similar core process but much quicker and with lots of iteration!”

What To Show in Your Portfolio

Your portfolio is the most important part of your application. It should be representative of your current level of skill and be easy to navigate. Images, videos, or other media that explain or demonstrate some of the processes are helpful in giving potential employers more information on your workflow.

Anya’s advice is that if you use 3D as part of your process, you should include it to support your project.

“There is still a bit of stigma that people are cheating when they use 3D and so some don’t like to show that they used it for their work, but I love seeing that stuff! Personally, I like keeping my work as transparent as possible so people can see how I work and feel more comfortable with the idea of using 3D. “

“When I upload assets to my ArtStation page, I tend to include the full-res image and then a GIF that fades between the blockout and the paint over. If I’ve bothered to make a process video I’ll share that too. Nothing fancy. As soon as I get work finished I like to share it, I’m super impatient!” Set up your ArtStation portfolio >

The Value of 3D for Concept Artists

“Concept artists working with 3D has become incredibly popular in recent years. There is such a huge amount of accessible material both in terms of tutorials and software licenses, from VR apps to more standard modeling software to full engines like UE4. My favorite artists almost all use 3D as a base. I do think there is something about using 3D as a leg-up which allows you to really open your mind as an artist and leaves you able to focus on creativity and self-development. As a concept artist, you are almost certainly going to be handed a 3D model at some point and told to use it as a base to overpaint, even if you didn’t make it yourself.”

“Learning 3D software can be a massive learning curve. Whether or not you choose to integrate 3D in your work is a personal preference for sure. There are loads of artists out there who don’t want or need it. It also goes without saying that there is no substitute for learning the basics like values, color, perspective, etc. but I think learning and using 3D in concept art does act to enable that process of learning, so long as the artist doesn’t become complacent and continues to pursue knowledge. Overall I believe 3D is a huge benefit to creating concept art and I highly recommend it!” 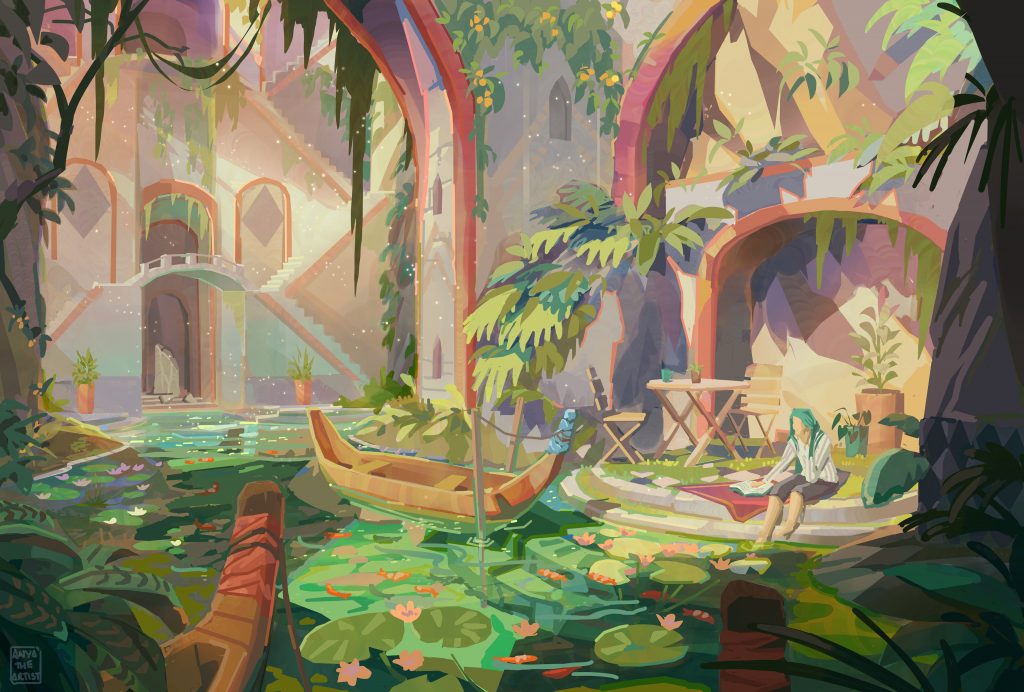 “If you’re going to learn 3D with a mind to using it for overpainting, it might be worth just going the whole hog. You could learn how to UV and texture a model at the very least and make a full real-time UE4 scene at most. The world of 3D is a rabbit hole with so much to optionally learn. Having that knowledge is super useful and can make you far more employable as well. You essentially become 2 hires for the price of 1!”
“A huge amount of satisfaction comes from making a concept and then making the full thing yourself in 3D as a tangible world that you can move around in. Bonus points for adding VFX and sound effects. A whole world of knowledge is at your fingertips! Never stop learning.”

Want to be inspired and find more Unreal artwork? 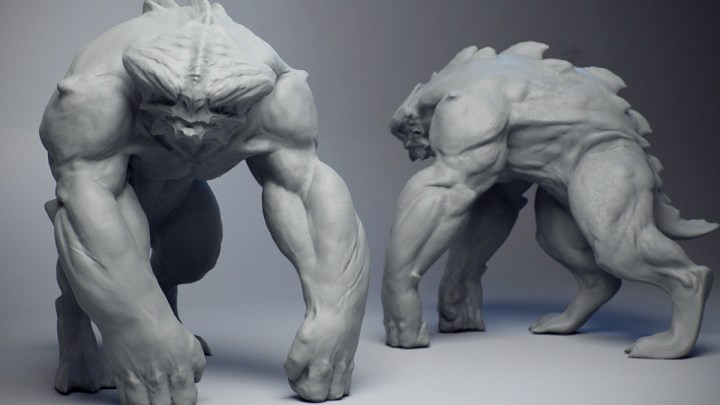 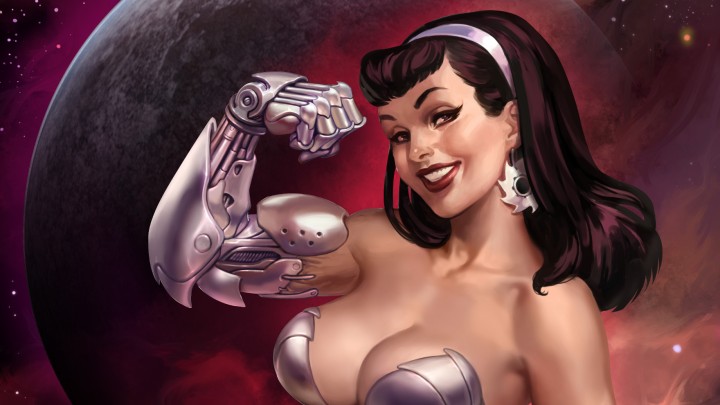