The Lightbox Expo: Box of Mystery Challenge in July gave thousands of artists the chance to develop their skills and take part in some friendly competiton while creating new out-of-the-box pieces for their portfolios.

Of all the categories, the Character Design challenge always tends to be one of the most popular. This time, over 2,800 artists joined, doubling the previous record for this category. Suzanne Helmigh, who has previously hosted previous ArtStation Challenges, returned as the challenge host for Character Design.

Browse all Character Design entries from the Box of Mystery Challenge.

In this interview,  Raphaëlle Manière and Thomas Chamberlain – Keen share how they created the beautiful submissions that earned them 1st and 2nd place. Raphaëlle: Since the theme was quite open to interpretation, I chose to participate to the challenge showing my own universe and bring to life my imaginary characters friends as I can define myself a story to structure all the mood, designs, colors and everything. I imagined a world where puppets had been rejected by humans. So they created their own litlle society, influenced by humans lifestyle and imitating them. One of my guidelines was to focus the designs and clothes choices to asian/asiatic culture to bring a mystical part in there. I chose desaturated colors for the whole mood to show that these characters are old, they have been used and rejected.

Thomas: The brief seemed to be centred around creativity and imagination which brought to mind all the phrases and idioms that surround the creative process; ‘brainstorming’ ‘rapid-ideation’ and so on. I started to collect these phrases and expanded into aspects of intelligence, emotional and logical. Having sorting these ideas into each of the 6 characters I worked on how I could represent them visually, an finally creating the characters to connect them all together. Raphaëlle: I was working full-time in a studio when the challenge appeared, so I knew I wouldn’t have that much time to complete my entry. I worked during evenings (sometimes nights, it depends). I had to be efficient and find a graphic charter adapted to the time I had but it had also to correspond to the universe and the story I wanted to show. At first,  I began to draw random sketches that came to mind, trying to find a coherant story. After everything was pretty clear in my head I draw skecthes and cleaned the line of all characters, trying to fit them with the emotion they represent (and to fit them between them). After that, came the color part. I tried to find a coherant mood that serve the story, and to show that all characters are coming from the same universe. Finally I finished in time.

Thomas: Since the start of the challenge had been announced earlier, I could wrap up any projects I was working on and make sure I could start work on the challenge immediately. I wanted to have all my ideas and rough designs locked by at least the half-way point so I could execute fully on the render I had planned, so I made sure to commit to ideas faster than I might normally to avoid getting behind with any of the characters. Which part of you submission did you struggle with the most and why?

Thomas: Making my lineup feel united. I was squeezing in so many ideas at once, even trying to have each character represent a unique genre so as to make the world they lived in feel as vibrant and mysterious as possible. Ultimately most of the connective tissue was found in how I rendered them all and the common design elements; each having a mystery box of their own and some sort of tarot-esque symbology. But throughout the process, I was worried that the lack of a simple story and clear purpose for each character would make my lineup fall apart. 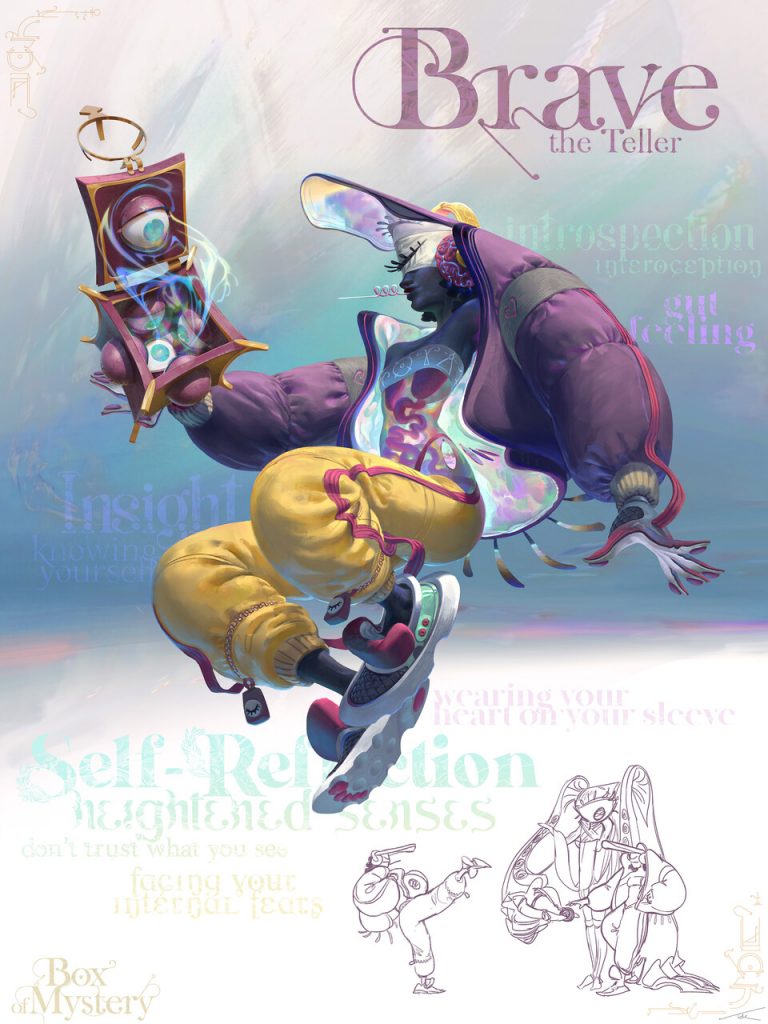 Raphaëlle: I think an the opportunity to Iearn from other artists participating in the challenge, improving your own art skills and surpassing yourself.

Thomas: Push yourself to create something that nobody has seen before. As cheesy as it may sound; make an entry that could only be made by you. 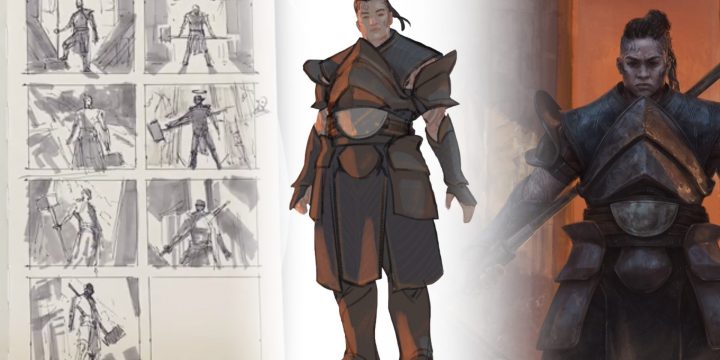 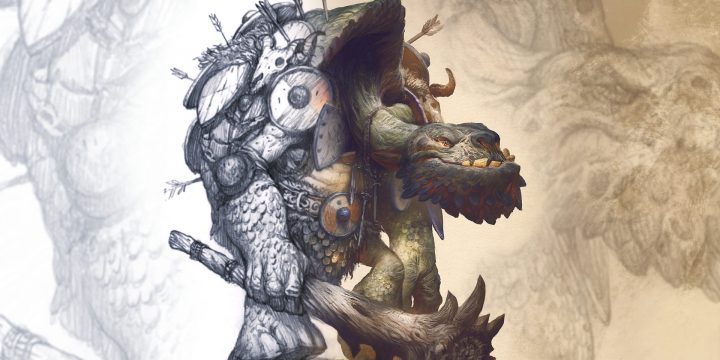 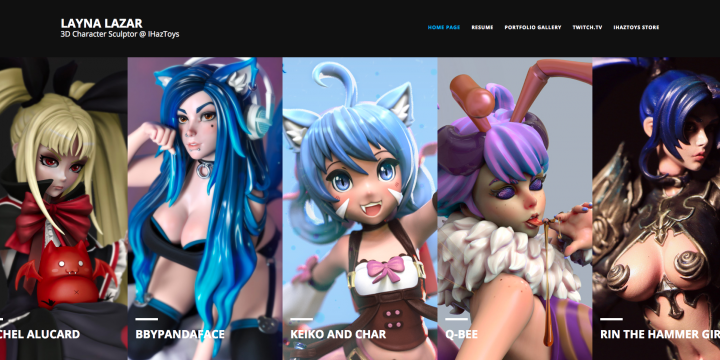