Syn Studio, one of Canada’s finest Concept Art schools, launched their 18 month Concept Art Diploma Program in October 2016. This intensive program is targeted towards students who already possess strong fundamentals and wish to learn more advanced techniques. The courses in the program were designed in line with current industry requirements and the teachers are top professionals who will guide the students towards achieving their goal of becoming kick ass concept artists. The course schedule and the teacher information for the Winter Term of the Concept Art Diploma Program, which starts in January 2017, is now available. Get more information about the program. 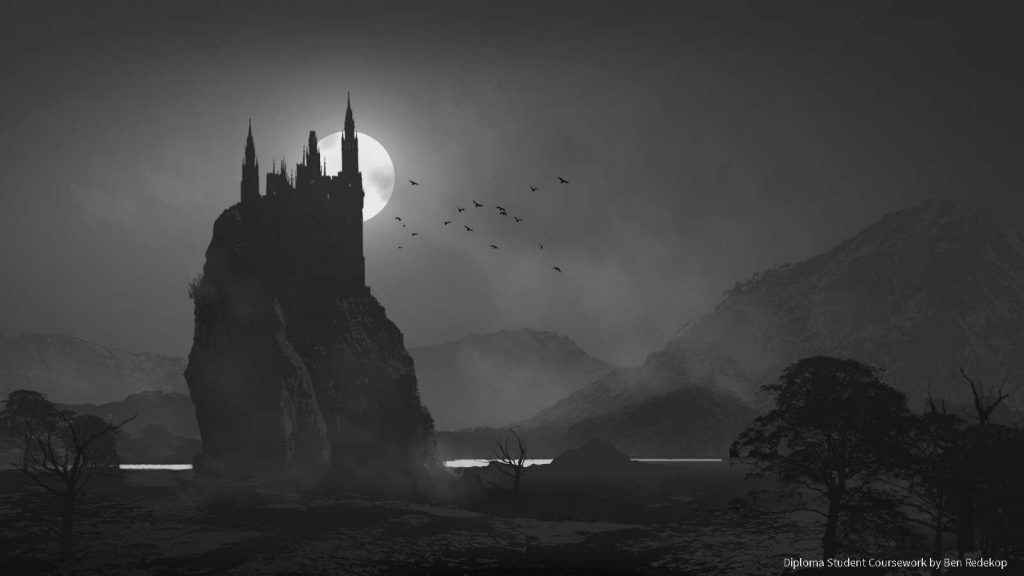 Syn Studio regularly organizes events such as art jams and themed figure drawing workshops, industry visits, masterclasses with world-famous concept artists and panel talks to aid the students with their learning “outside the classroom”. These events also help the students build valuable connections and become competitive in a fast-paced industry. 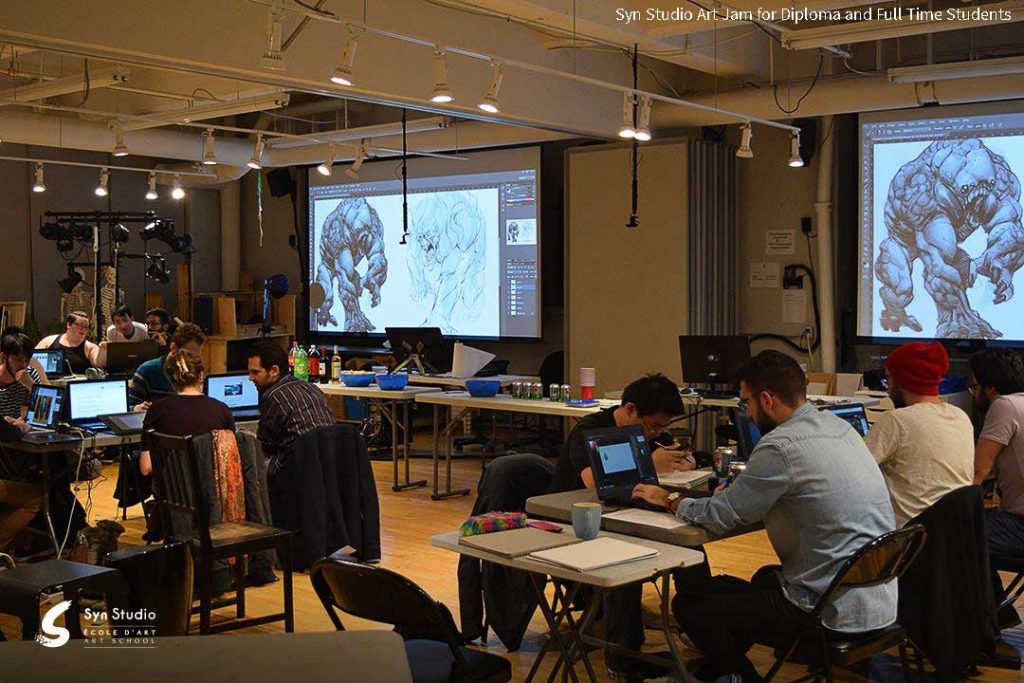 The students get the latest cutting edge equipment that includes high speed ASUS ROG gaming laptop and WACOM Intuos 5 tablet among others as a part of their First Term Student Kit when they join the program. 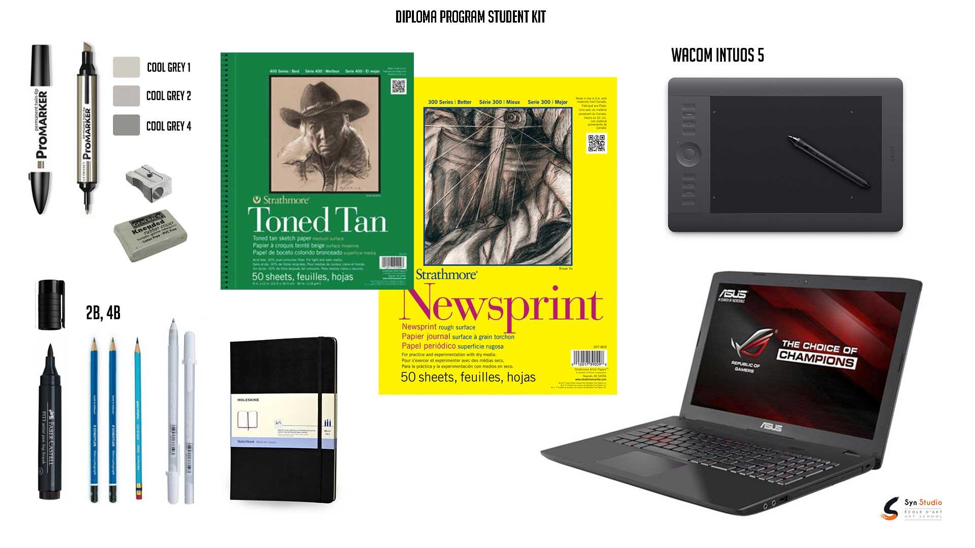 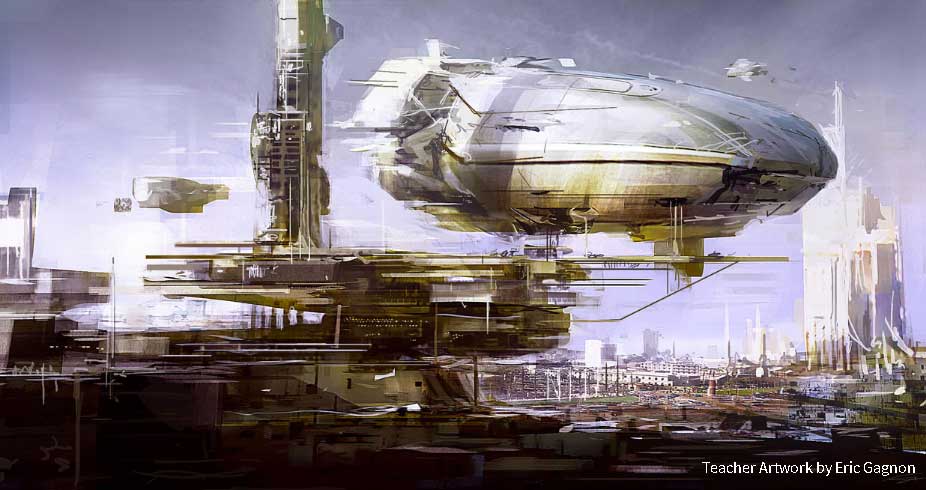 Sketching for Production with Jeong H.Shin 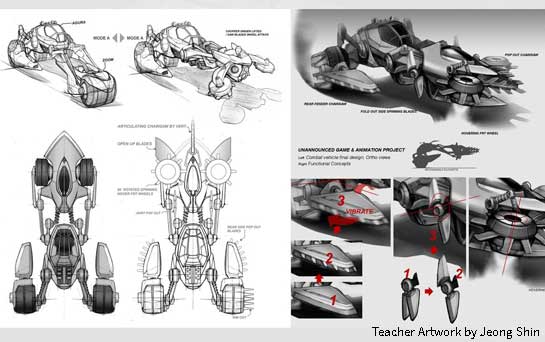 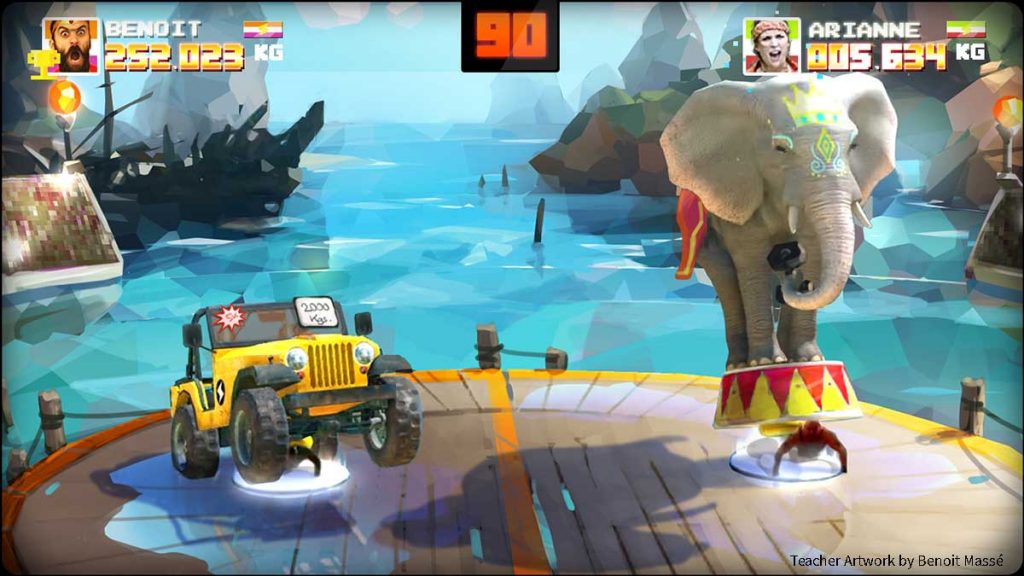 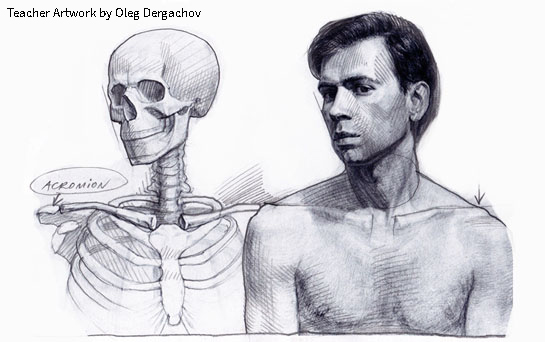 Eric Gagnon is a senior concept artist and art director for gaming, film and television, in addition to having six years of teaching experience at the university level. He is presently working as a lead senior concept artist at Warner Bros Games Montreal FOR AAA games in the DC Universe franchise. Previously, he’s worked at various gaming companies such as Eidos, Gameloft and Behavior, as well as animation and production studios such as Digital District, Ciné-Groupe Animation and Studio Pascal Blais. His other credits include Batman Arkham Origins franchise, Deus Ex Human Revolution, Kim Possible, Ballerina, Ghost Recon, Splinter Cell Chaos Theory and many 2D and 3D animated television shows. 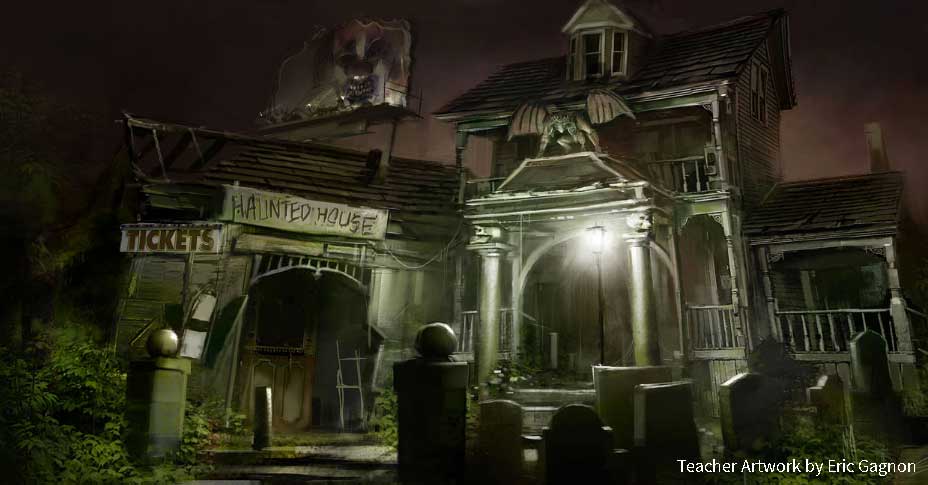 Jeong H. Shin is currently a senior concept artist at Ubisoft. His unique designs can be seen in blockbuster titles such as Watchdogs and Far Cry 3 and 4. He studied with world-renowned vehicle and entertainment designer Scott Robertson at Art Center College of Design. Robertson’s tutelage, as well as Shin’s own background in industrial, vehicle and entertainment design led him to tenure at General Motors as a senior creative designer. There, Shin designed two Chevrolet (Cruze and Sonic) vehicles that are currently on the road. While concept designer at Mattel, Shin designed cars for Hotwheels Battleforce 5, the animated series. 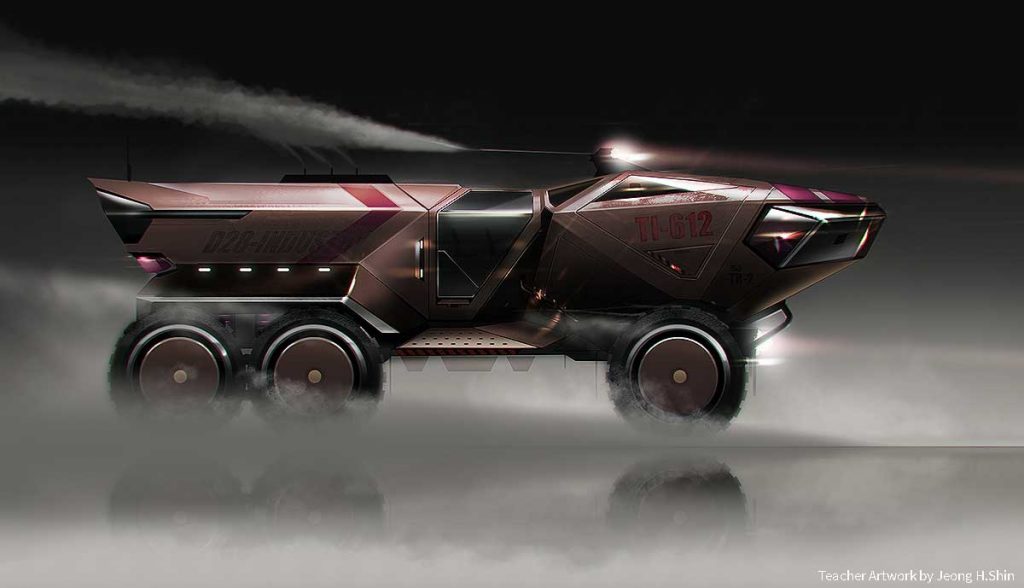 Check out some more student course from the first term in progress now: 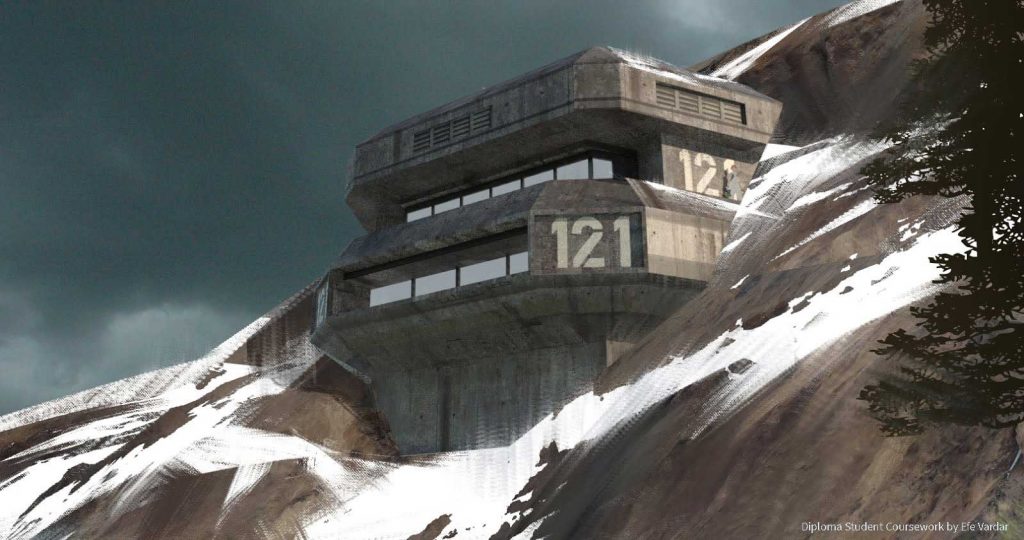 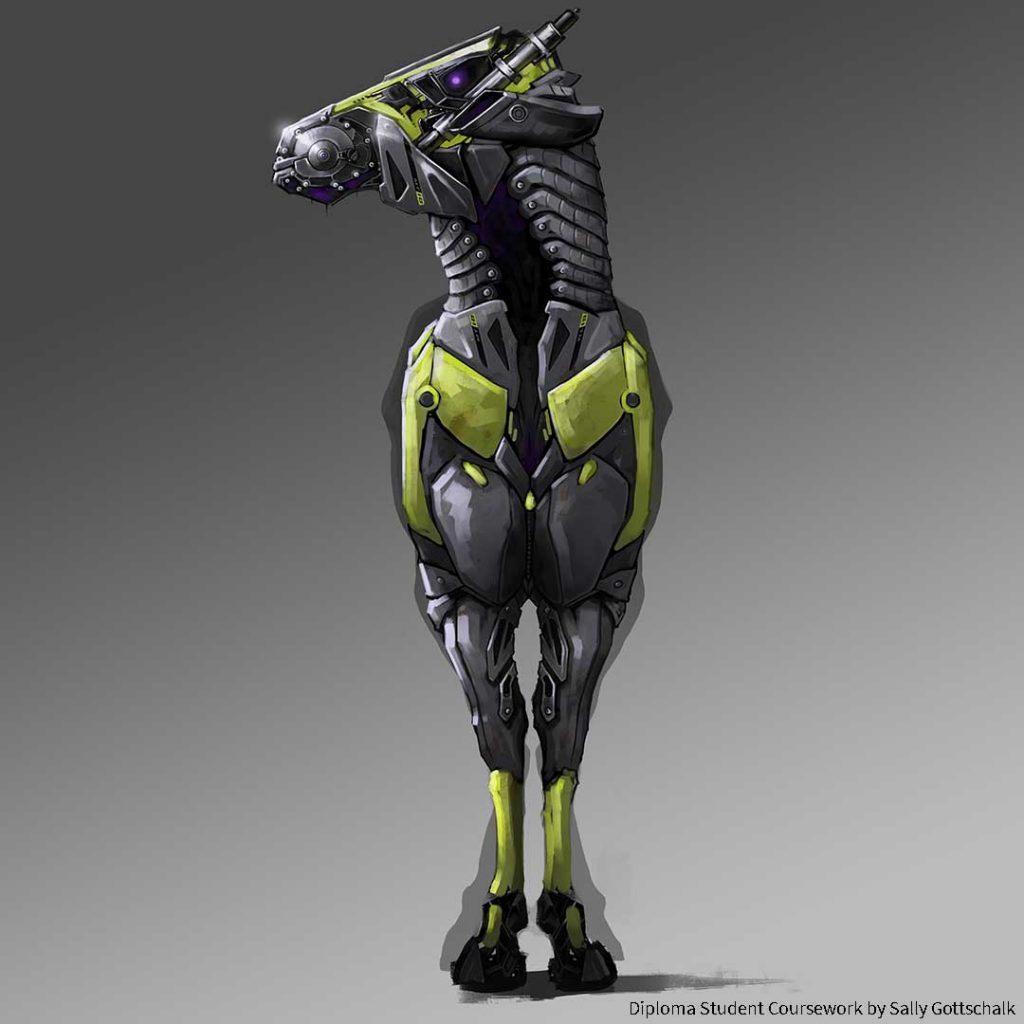 You can become a part of this artistic community and start your journey towards achieving your dream. Become a top notch concept artist by joining the Syn Studio Concept Art Diploma Program. Reserve your spot for a portfolio review and get more info on the program. 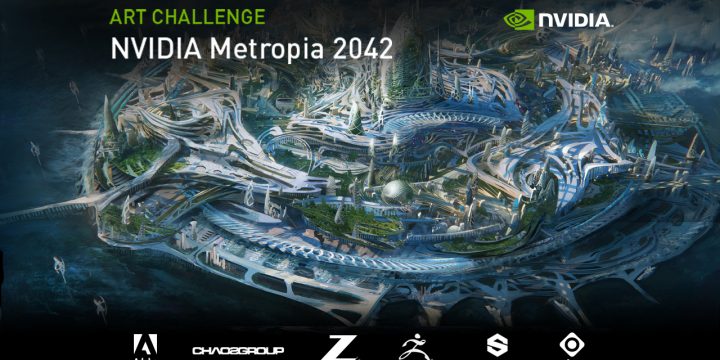 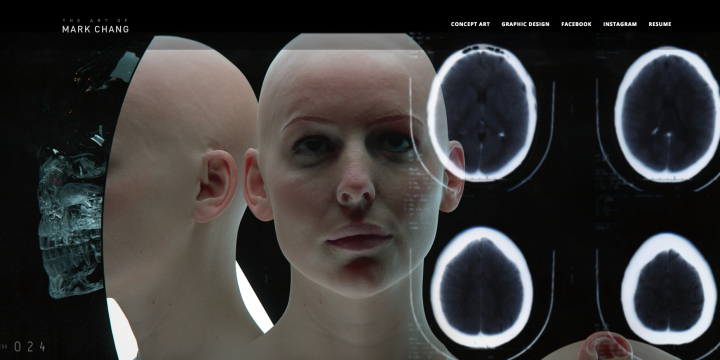 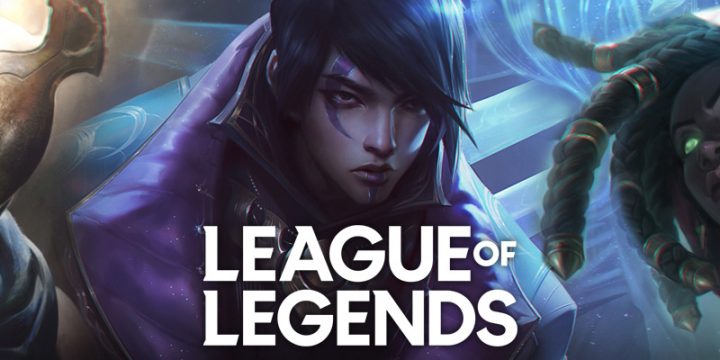