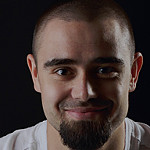 Over the past decade, concept designer Vitaly Bulgarov has worked on some of the best known projects in the worlds of videogames, films and product design, including the Starcraft II and Diablo III cinematics, RoboCop 2014 and the upcoming Transformers 4. Formerly employed at Blizzard Entertainment and ILM, Vitaly now brings his machine design skills to the real world in his work at medical company Intuitive Surgical, which revolutionizes surgery procedures by applying a robotic-assisted approach to perform minimally invasive operations. Within the product design field, he has also collaborated with Oakley and Intel.

I was born and raised in a small town of an eastern European country called Moldova. I’ve been making stuff up as long as I can remember. As a kid, I loved to draw space ships, make small board games, and carve sci-fi guns from wood!

I loved watching anything science-fiction related on TV and playing videogames with my older brother. I’m very grateful to him, because he inspired me try level building, which served as a natural transition into 3D modeling. I didn’t have an art-school background, and after I’d been modeling for about two years, I realized that foundation art skills were essential, so I started to practice drawing in line with the way it’s taught in schools, grabbing every art book I could get my hands on.

I think the breakthrough moment for me was the first paid freelance job. In the early 2000s, the idea of working through the internet was still wild for me. When I saw it was possible, I realized that if you work hard enough and put all your energy and passion in something you love doing, it doesn’t matter where you’re from.

After two years at university, I decided to drop out and move to Moscow to become a 3D modeler. During my years in Russia, I spent the days working on an MMO game project and the nights either studying design or freelancing for US videogame companies. Eventually I was lucky to join Blizzard’s amazing cinematics team and move to the US. I’ve been living and working in California for more than five years now, and have been very fortunate to work with amazing people on some really exciting projects. I currently work at Intuitive Surgical, where I continue to learn about design within the real world, and continue doing personal art and entertainment design work on the side.

There is a long list of things I want to learn and to try. One of my long-time dreams was to do some work outside of entertainment design, so having the opportunity to collaborate on product design has been a really amazing experience.

I think we’re very lucky to live in an age where art and technology from fields like videogames, movies and practical products all somehow converge into a single stream of awesomeness. Just think: the generation of people who grew up watching sci-fi movies and playing sci-fi games is now making all this stuff happen!

Nature inspires me a lot. It’s got all the best ideas and design solutions: uber-practical and yet so amazingly beautiful at the same time. And of course, other people’s work is a huge source of inspiration. From fashion designers to spaceship engineers, it’s overwhelming how much incredibly inspiring stuff is created around the world.

Be humble, have a positive mental attitude and work your butt off! But if you want to get more specific, I think that everybody who became a professional artist because of love for art eventually has to deal with reality of making art in order to make a living. To deal with this effectively, there are two things you can do.

First, whatever task you’re given, always focus on what can be done rather than the limitations or who’s to blame if things don’t go the way you want (both technically and artistically). Constantly remind yourself: “There is always a way to make it awesome!” Try to develop a genuine positive mental attitude. It’s not just the best way to overcome any career difficulties but also the best way to challenge yourself artistically, since you voluntarily eliminate any room for making excuses. 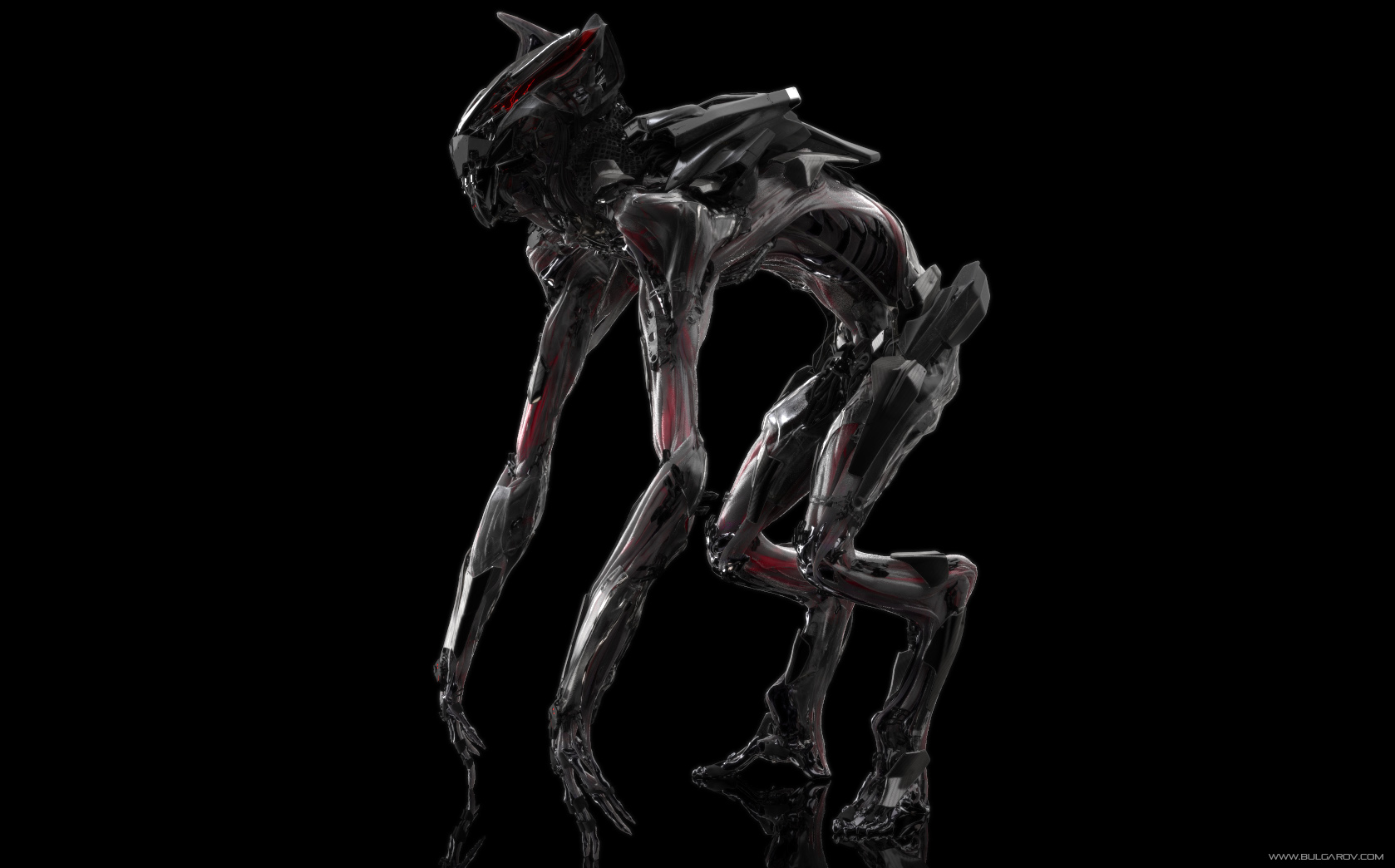 The Runner: concept art of an alien creature from upcoming sci-fi movie Berserkers.

A transmitter design from the recent RoboCop remake. Vitaly also worked on the RoboCop suit and the ED-209 robot.

A siege tank from Blizzard Entertainment’s cinematic for Starcraft II: Heart of the Swarm. 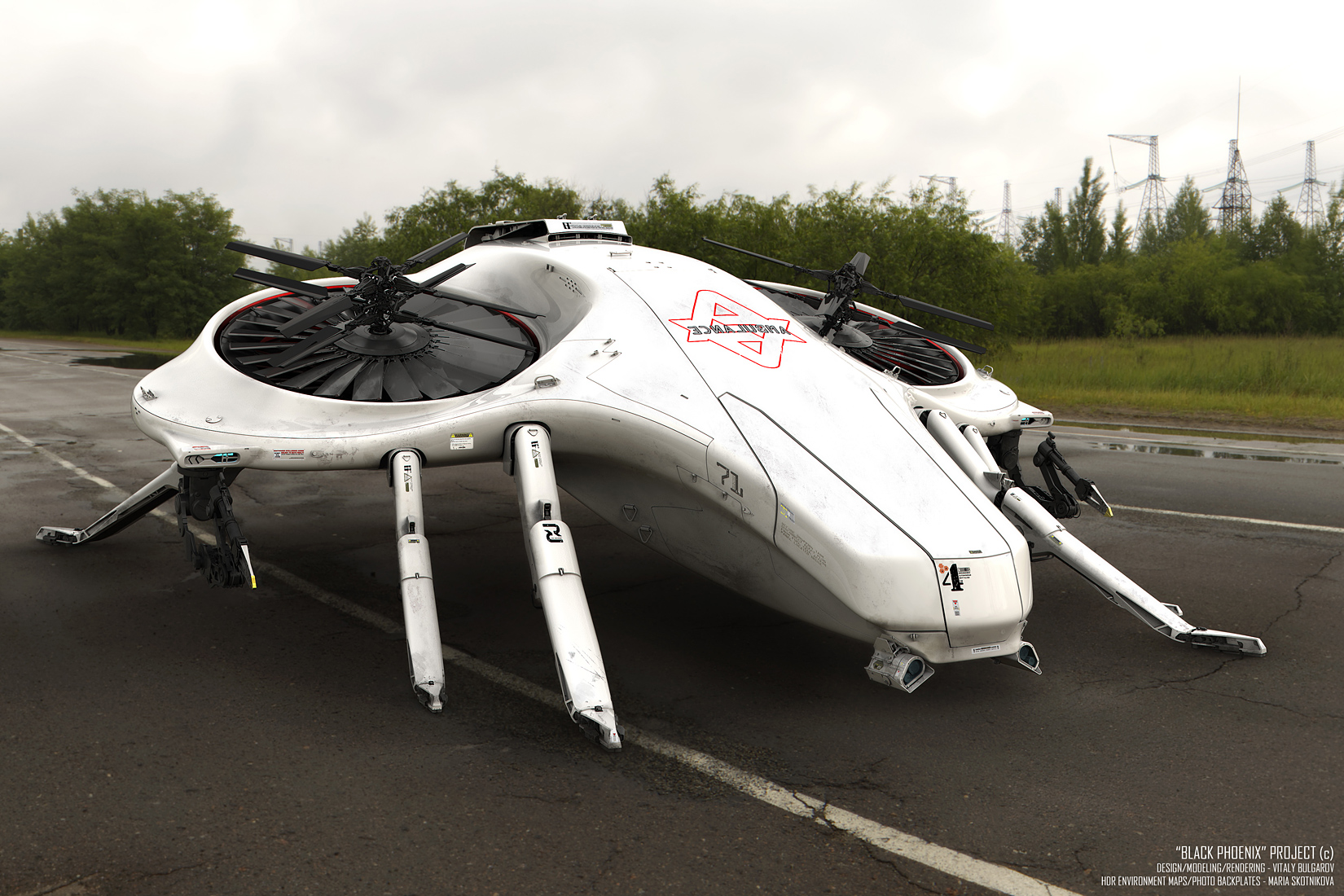 Ambulance: one of the designs from Vitaly’s Black Phoenix project, in which he created 10 mechs in (almost) 10 days. 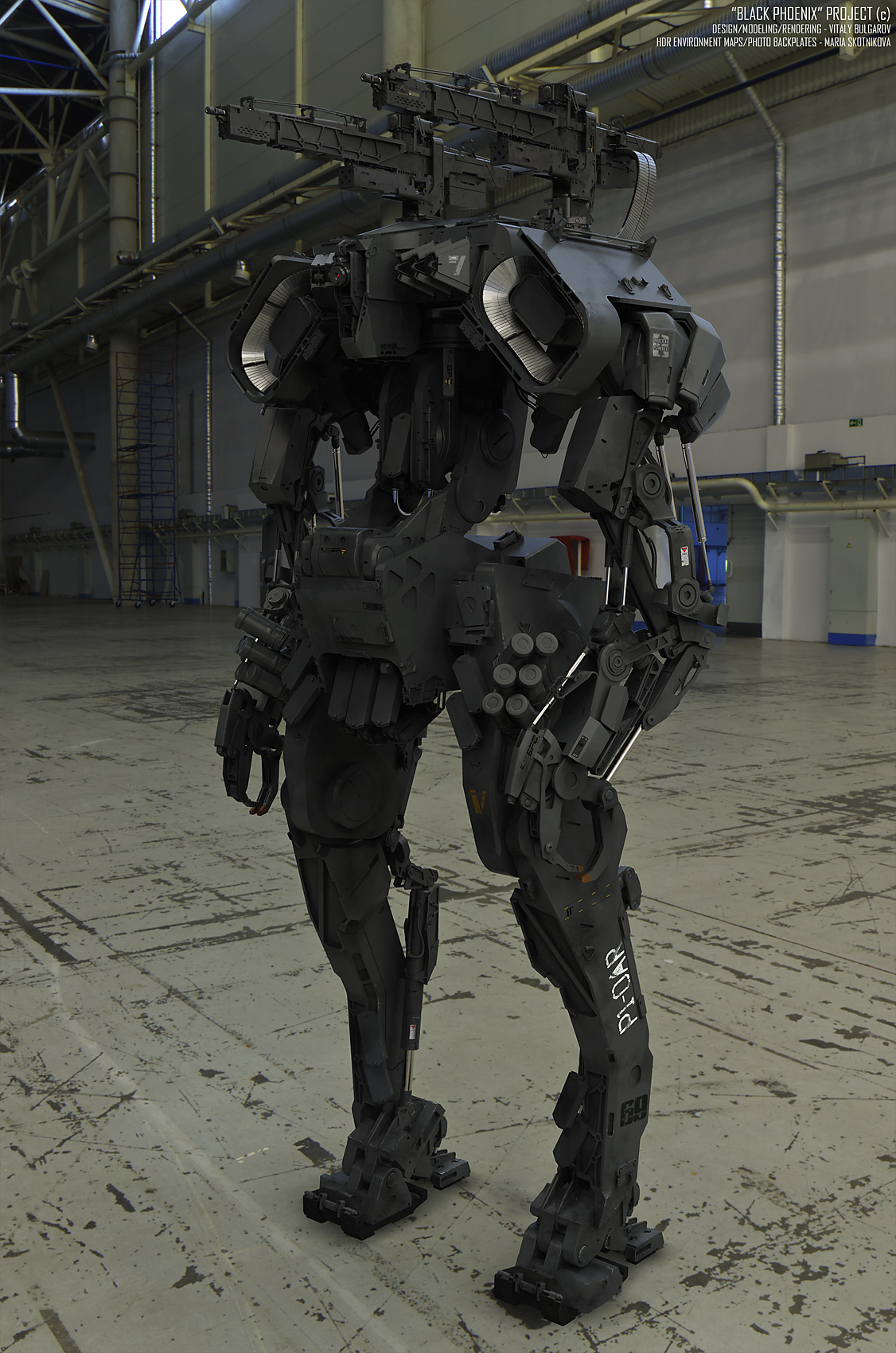 Praetorian P1: one of the designs from Vitaly’s Black Phoenix project, in which he created 10 mechs in (almost) 10 days. 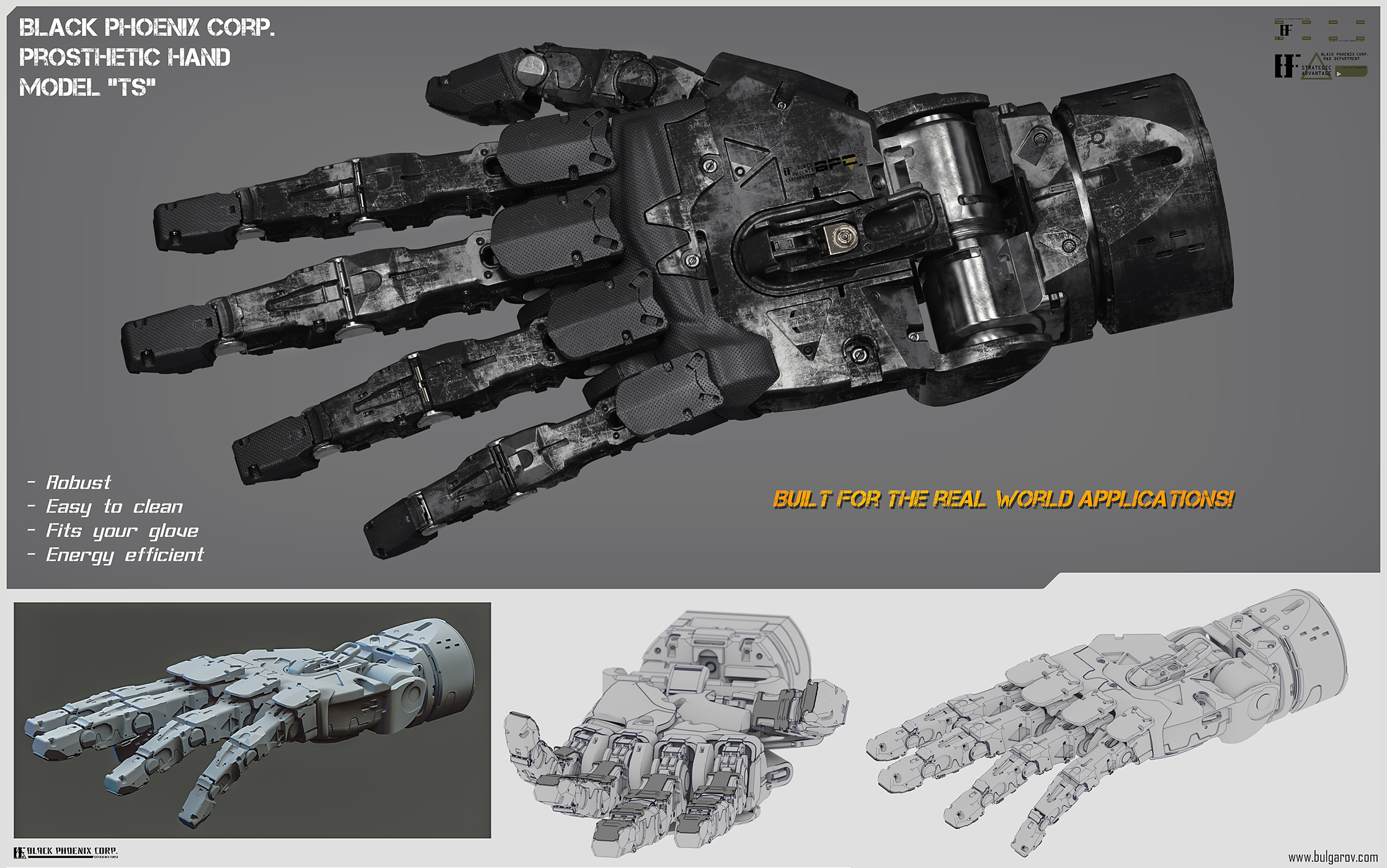 Concept art of a gimbal defense system: another work from the Black Phoenix universe. 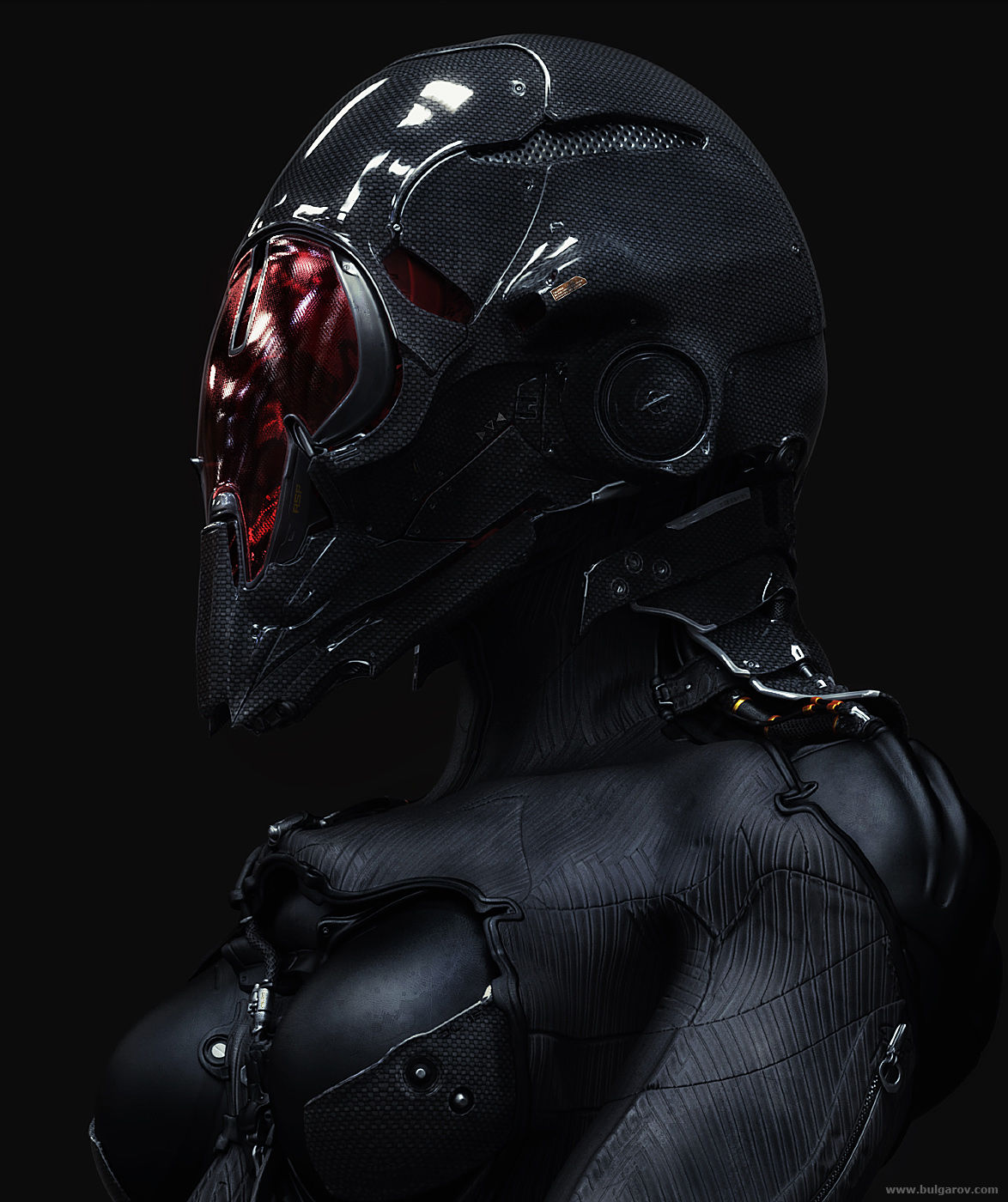 Pilot: a personal artwork. You can see alternate views of the suit in the Personal section of Vitaly’s website. A personal study of a mechanical vertebra. 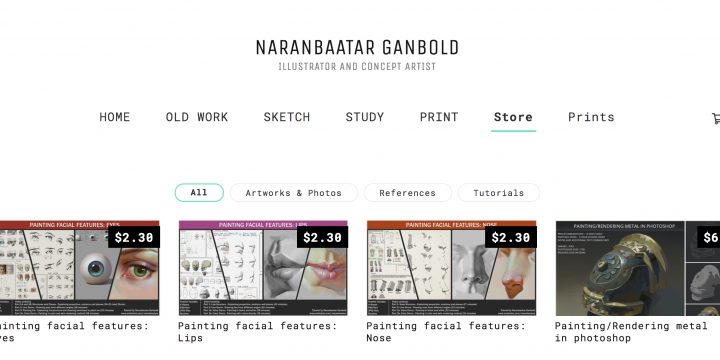 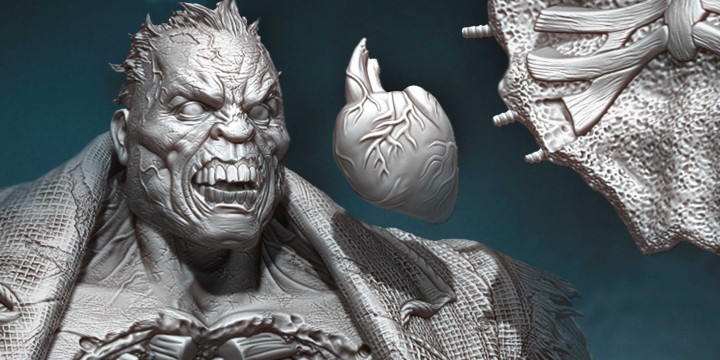 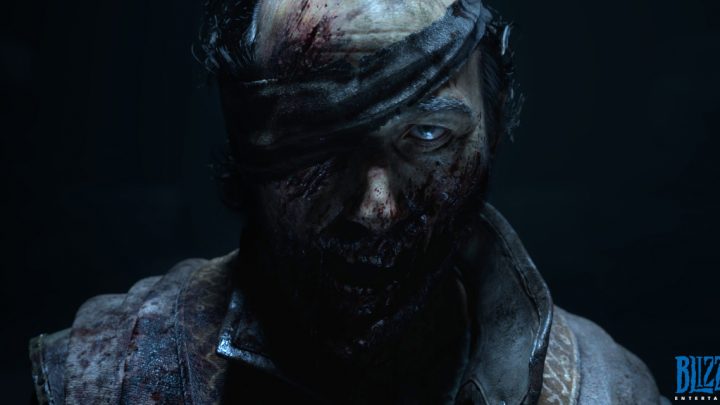 It’s a Gate: The Modelling Behind
Diablo IV’s “By Three They Come”